The Russian plenipotentiary for human rights, Tatyana Moskalkova, has said that the moratorium on death penalty in the country will be extended indefinitely. She added that in her opinion life in prison was an adequate replacement as a punishment.

“I cannot decide on this subject but my opinion is that the moratorium will be extended because the sixth protocol on abolition of death penalty, that has been ratified by our nation, cannot be left unfulfilled, otherwise it would cause consequences connected with our membership in the Council of Europe,” Moskalkova said during her lecture in the Moscow Institute of International Relations that was a part of the nationwide “open lesson” event dedicated to the issue of human rights.

“Public opinion polls show that a significant part of our population support the death penalty as a punishment for those who commit a murder or a terrorist attack with human casualties. But life in prison can be an adequate alternative as it provides an adequate punishment for the evil and crimes committed by such persons,” the ombudsman added.

The moratorium on capital punishment was introduced in 1996 in connection with Russia’s entry into the Council of Europe. The last execution in the Russian Federation took place on September 2, 1996. 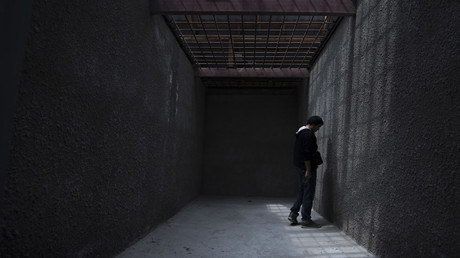 Many Russian politicians and officials have raised the issue of canceling the moratorium, especially after terrorist attacks or other brutal crimes that attract public attention. One of the more recent examples of such behavior is the proposal of the head of the Chechen Republic Ramzan Kadyrov who said in a televised interview in late November that he personally favored death penalty as punishment for convicted terrorist recruiters.

However, the country’s top authorities have so far refused to introduce any changes to the situation, claiming that the question was too complex.

A public opinion poll conducted by the independent sociological agency Levada in February this year showed that 44 percent of Russians wanted the death penalty returned and 41 percent said they opposed this measure. 15 percent of respondents said they did not have any opinion on the issue. In 2015, the share of those who supported it was 41 percent with 44 percent against.

Pennsylvania Voter: ‘How Can You Get Such Deception Across the Country?’