In the winter months, when the tourists are long gone, connections between the islands and major urban centers are reduced — in some cases to once per week.

Obtaining much-needed health care becomes difficult for islanders, especially as the outposts struggle, due to their unforgiving isolation, to attract young doctors and nurses.

To combat the problem, the Greek Navy organizes medical missions to the islands three or four times a year.

Military doctors, specializing in various branches of medicine, sail from island to island, treating the handful of inhabitants they meet. In disused clinics and classrooms, nurses and doctors set up their medical equipment to tend to old and young alike. 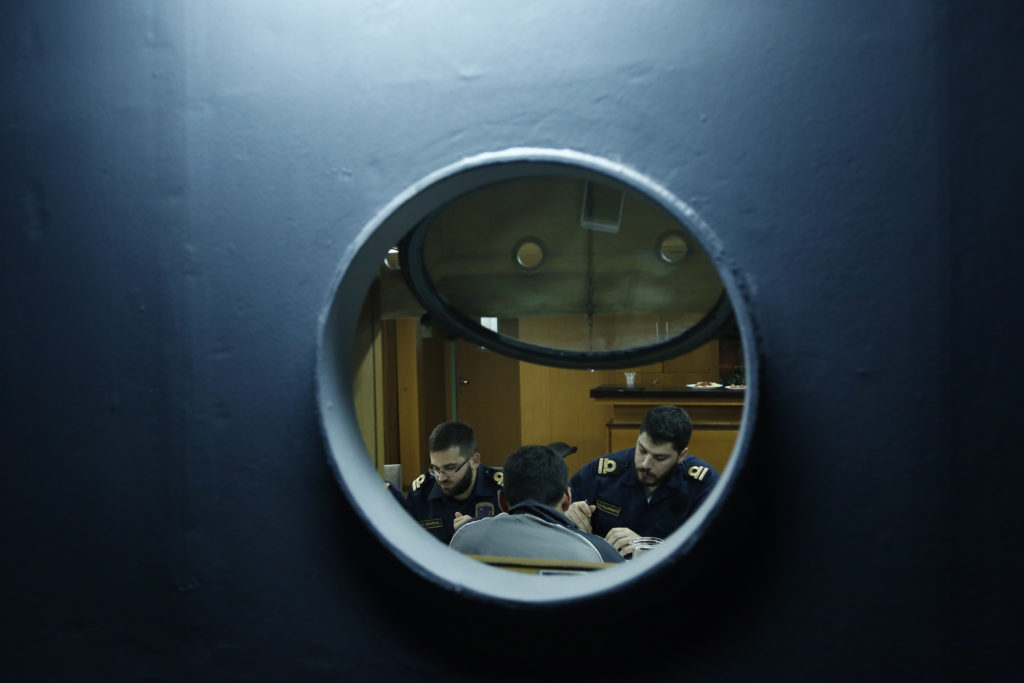 All pictures by Yannis Kolesidis/EPA

Greek Navy officers and military doctors are seen through a porthole on the warship Prometheus. 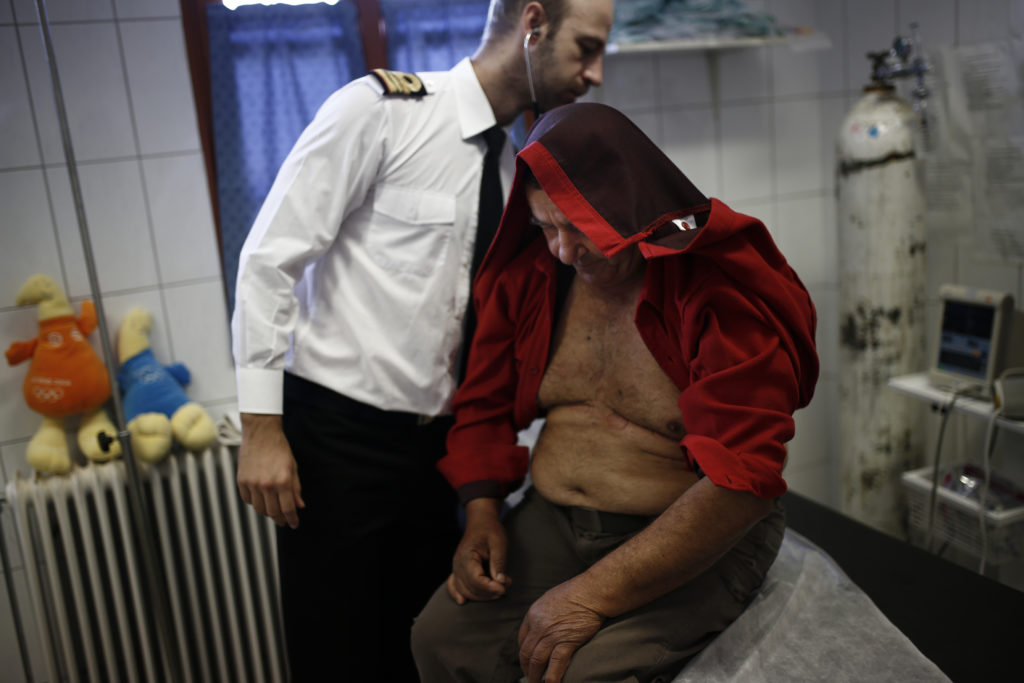 Yannis Mpoulafetis, 68, is examined by military doctor Perikles Syros, during a mission on the Greek island of Lipsi. 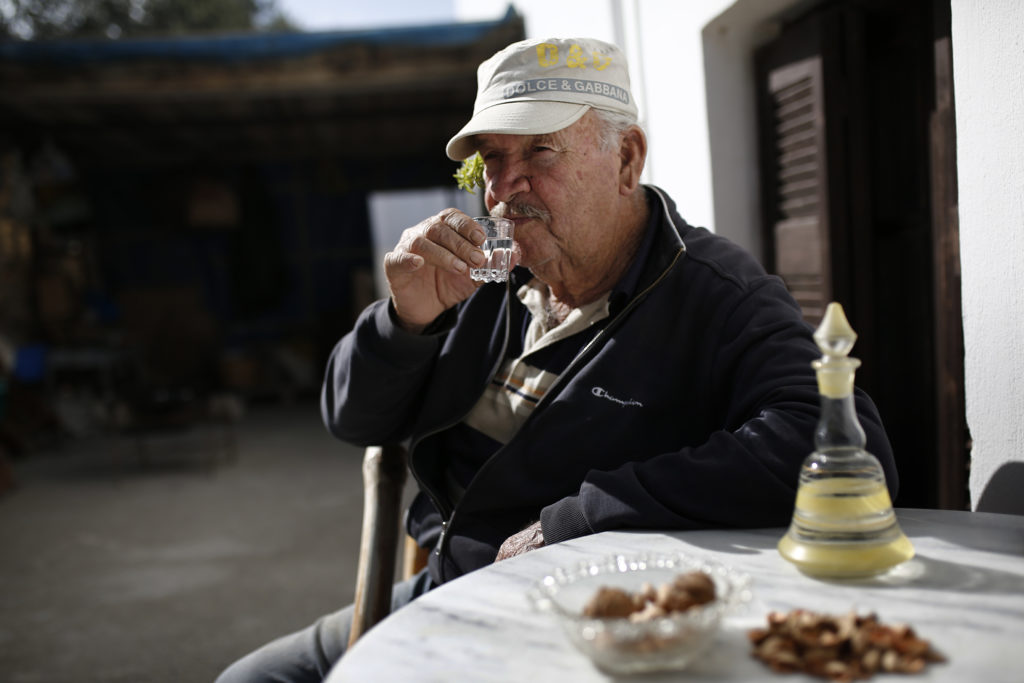 Yannis Papadopoulos, 85, drinks a raki in the yard of his house as he waits to be seen by military medical staff on the island of Folegandros. 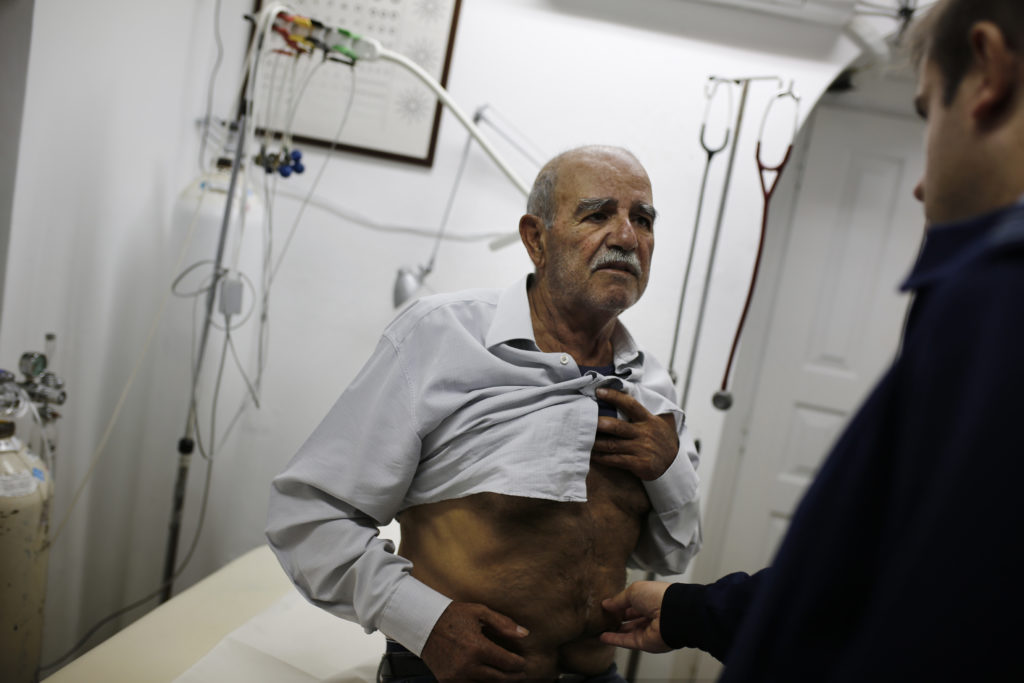 Viktoras Divolis, 73, during an examination by military doctors on the island of Folegandros. 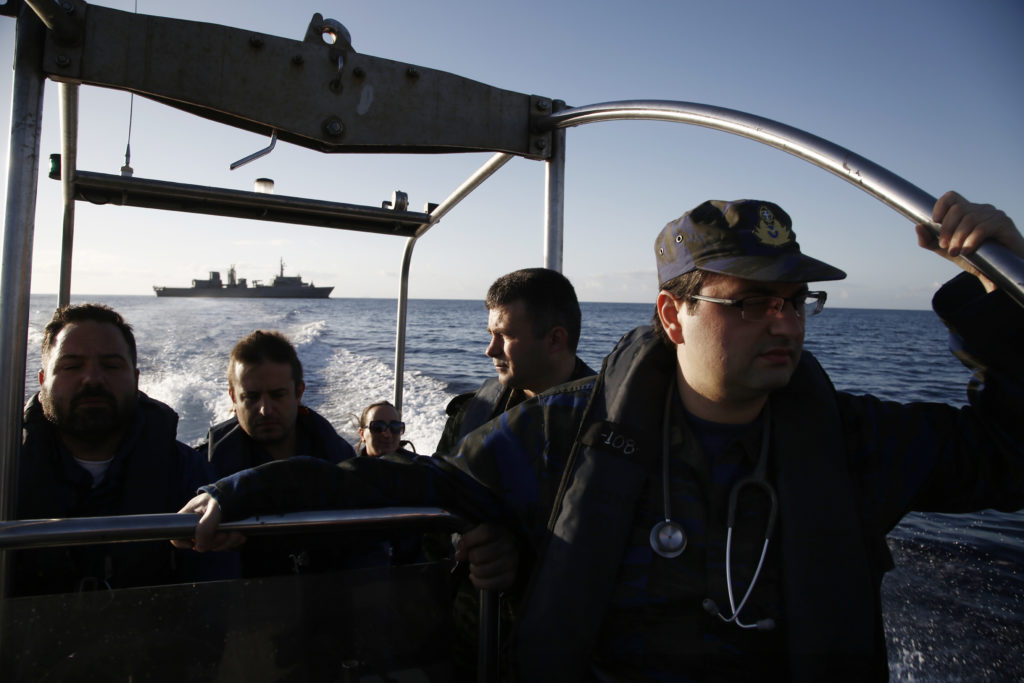 A rigid-hulled inflatable boat takes military doctors and nursing staff to the island of Sikinos. 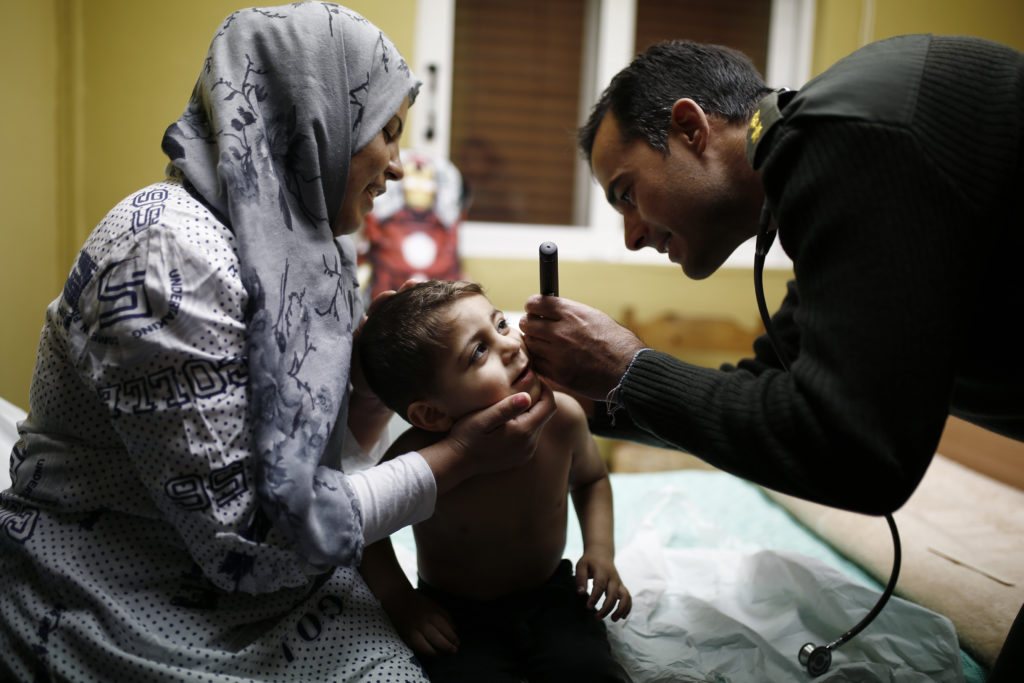 Syrian woman Maysoon Alderi, 31, and her son Yasin Alghazaoui, 3, are examined by military doctor Zafeiris Manikas on the island of Tilos. 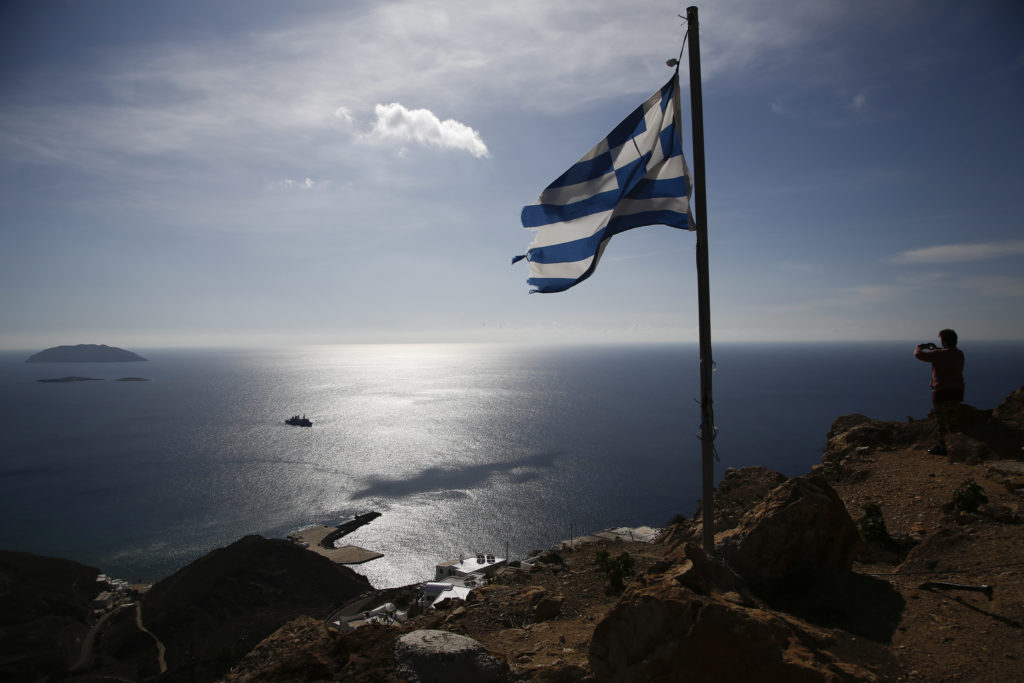 A Greek flag flutters as the military ship Prometheus sits off the coast of Anafi in the Aegean Sea. 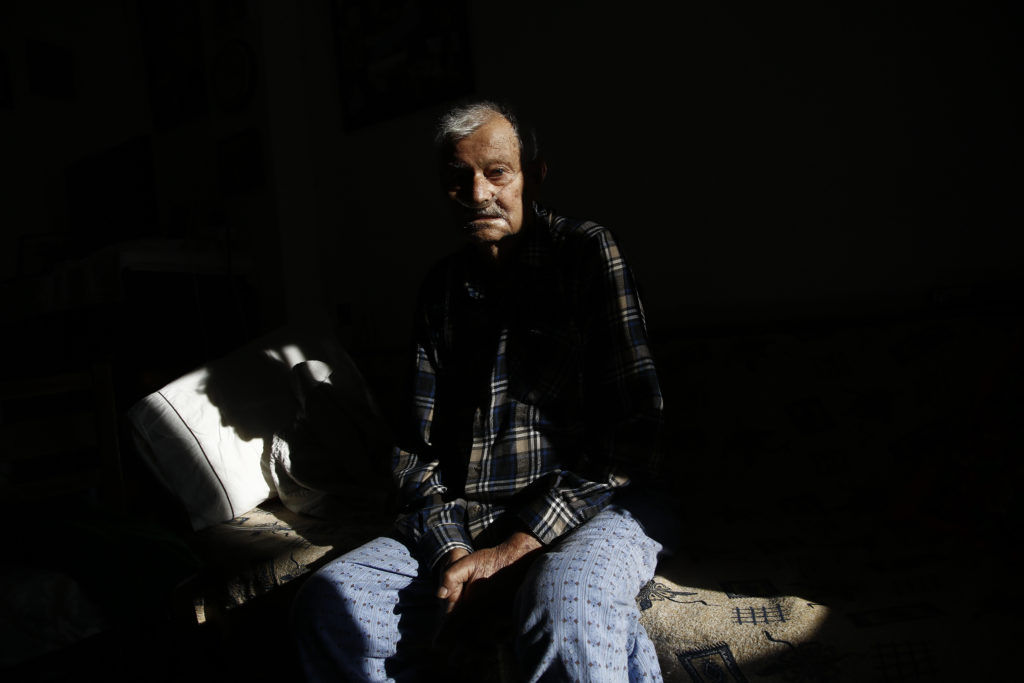 Nikolaos Gavalas, 86, a resident of Anafi, waits to be examined by military doctors. 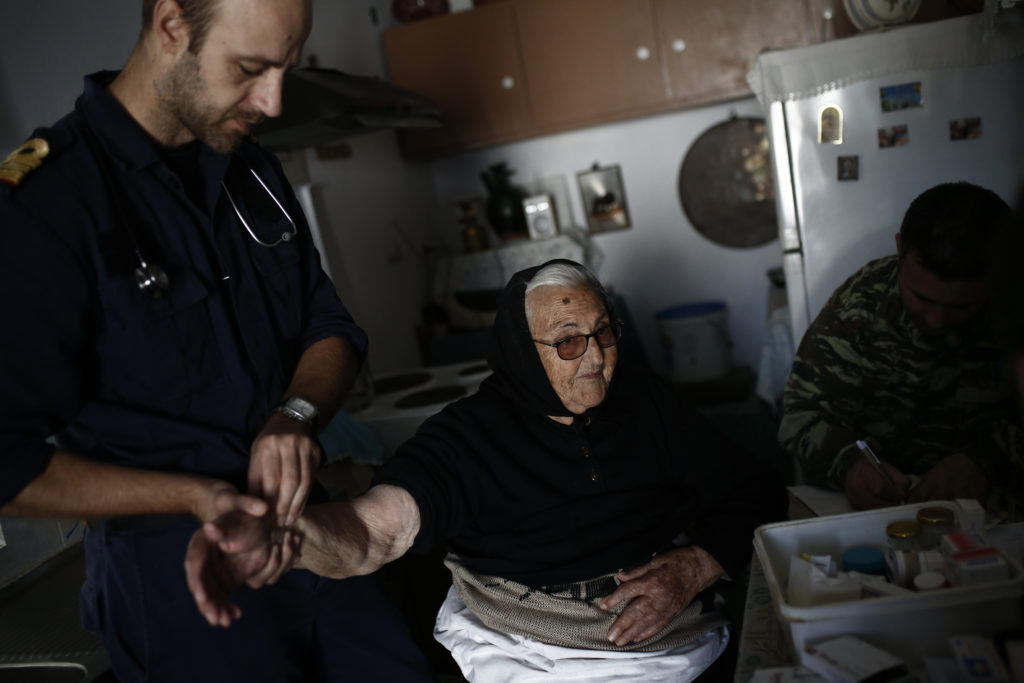 Also on Anafi, Rampelia Patinioti is examined by the military doctor Perikles Syros. 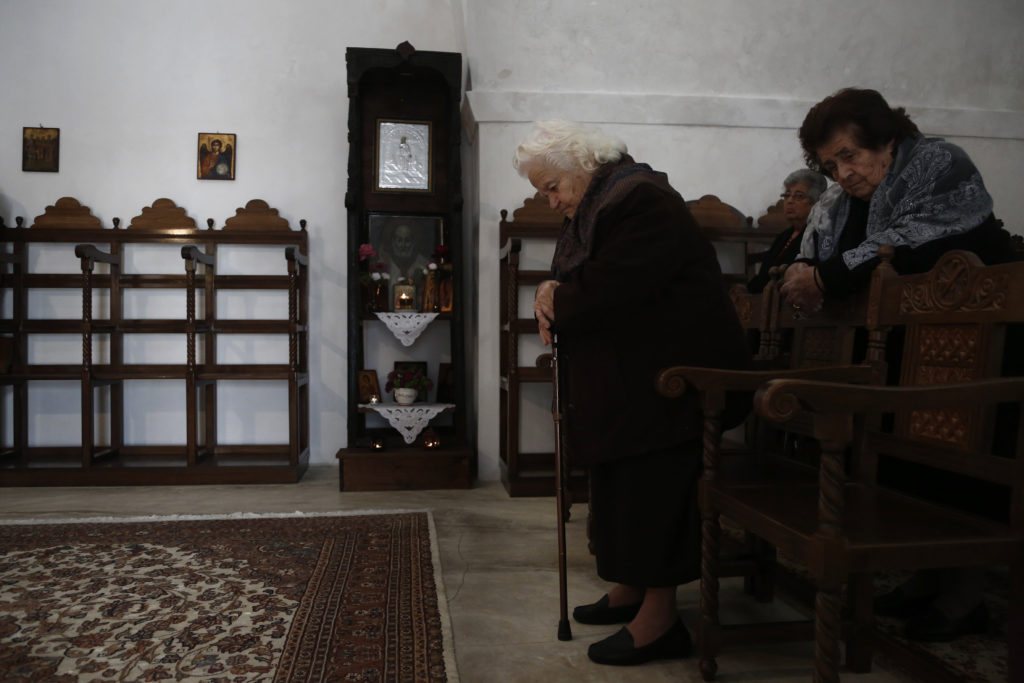 On the island of Folegandros, elderly women attend a church service. 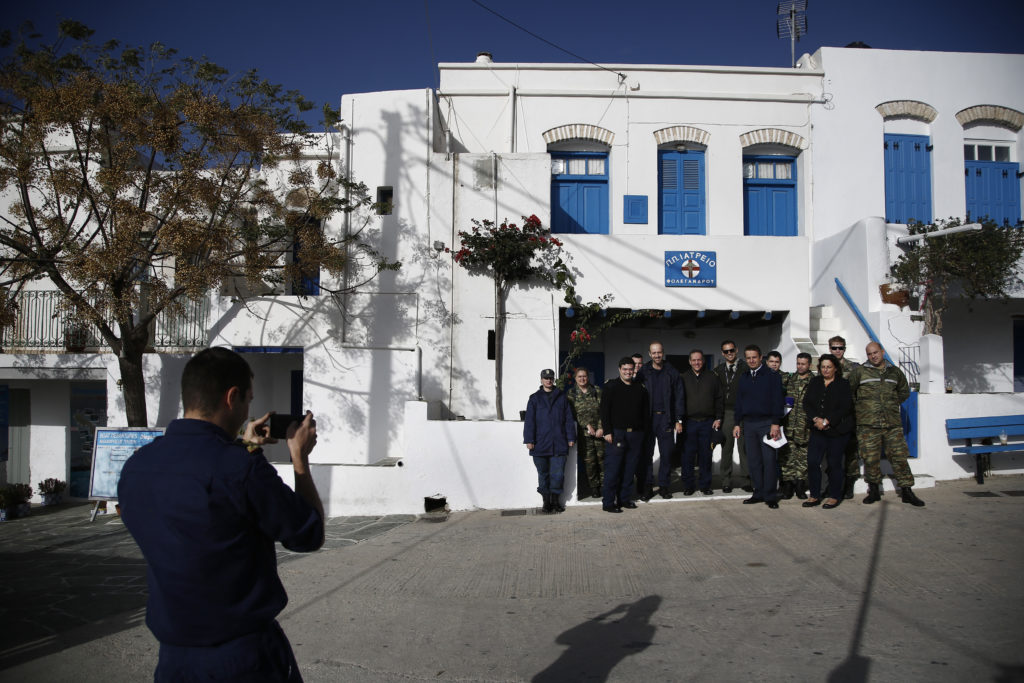 Military doctors and nursing staff pose for a picture in front of medical facilities on Folegandros. 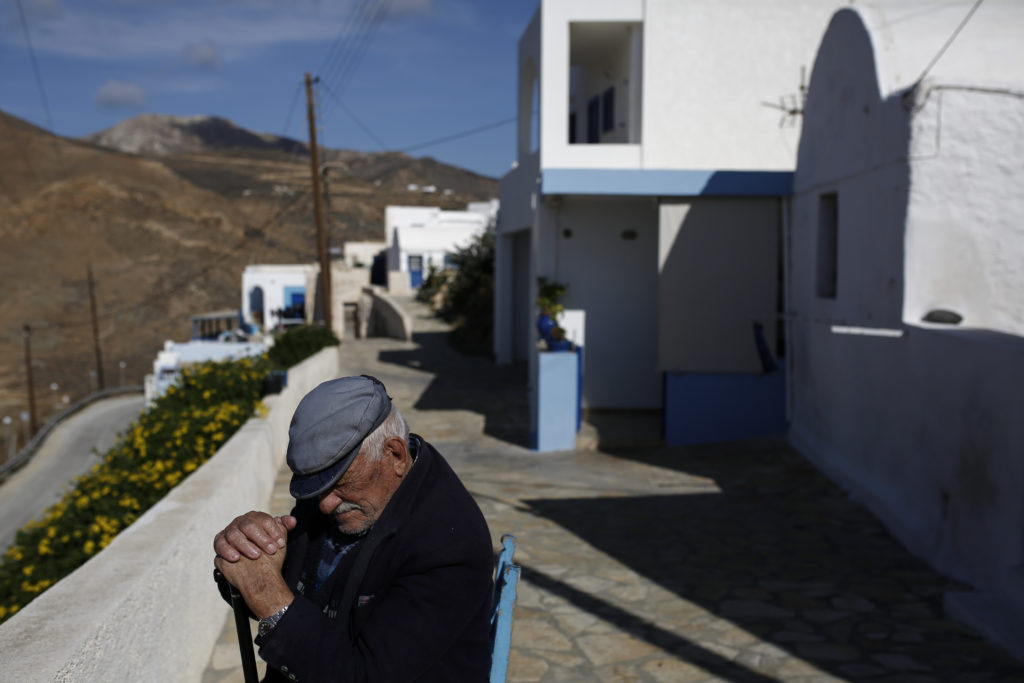 Nikolis Andreas, 87, sits in front of his house awaiting his turn with the navy medical personnel. 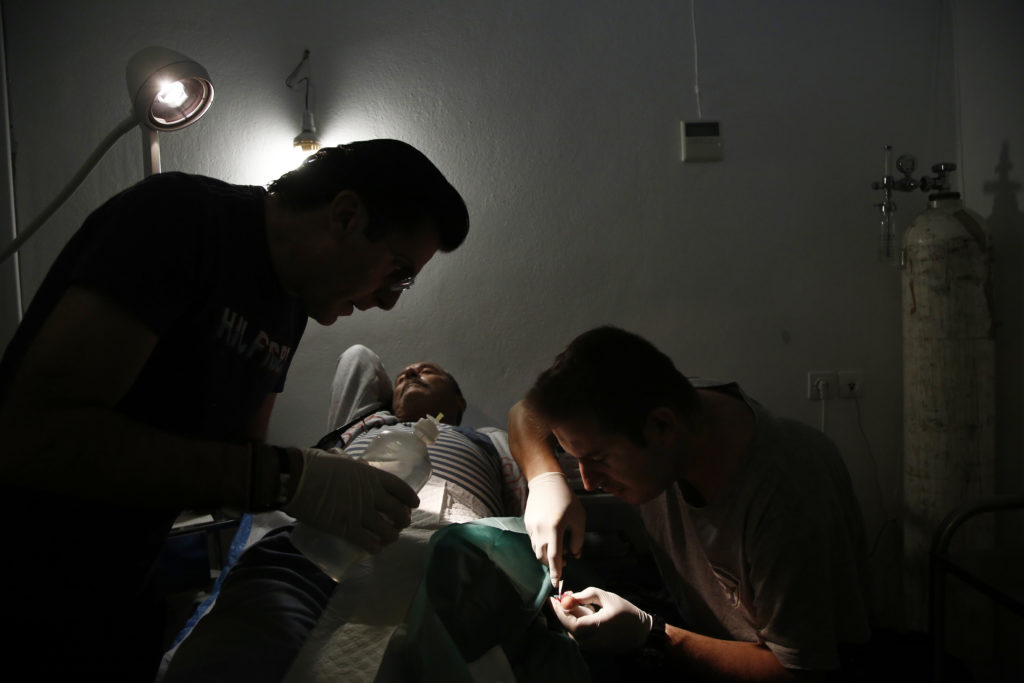 Military general surgeon Vassilis Gatziolis, right, performs surgery on the finger of David Brown, 63, on the island of Sikinos. 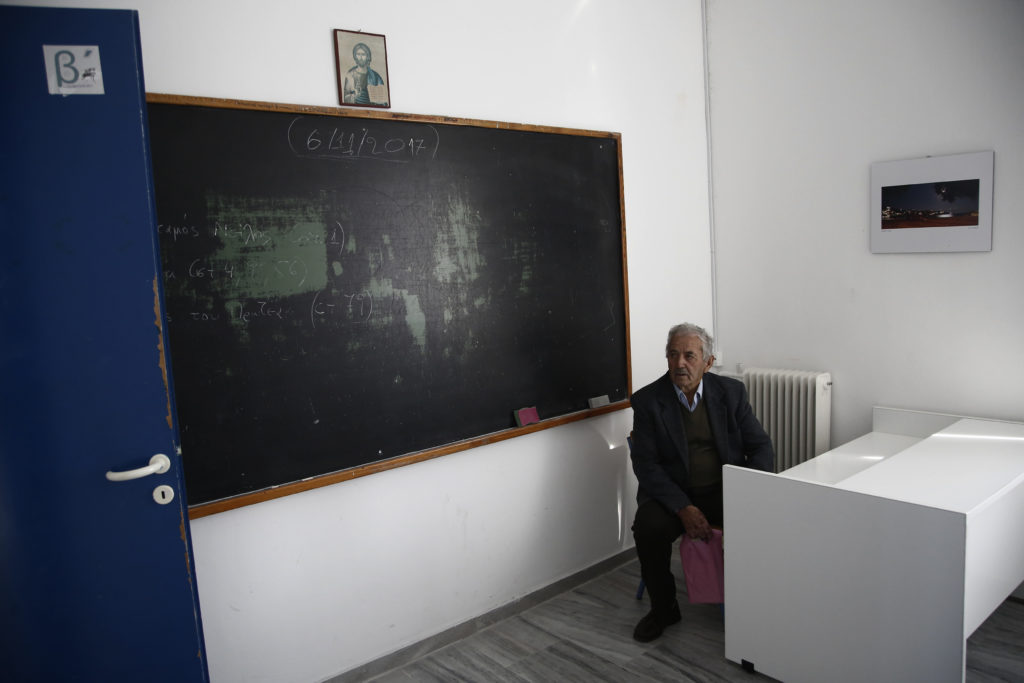 Kosmas Segredos, 87, waits to be examined by military doctors inside a classroom at the school on Sikinos.