Sixty-three Israeli students signed a letter stating they would defy mandatory military service despite the risk of jail. Citing the occupation of Palestine, the letter criticizes the policies of Israel’s “racist government.”

Pointing to Israel’s blockade on the Gaza Strip and illegal West Bank settlements, the letter states that “the army implements the policy of a racist government that violates basic human rights, which applies one law to Israelis and another to the Palestinians in the same area.”

Blaming the Israeli government and IDF for decades of violent conflict, the students wrote they “decided not to take part in the occupation and oppression of the Palestinian people, which separates people into two hostile camps. Because as long as people live under occupation that denies them human rights and national rights we will not be able to achieve peace.”

The signatories also said that Israelis are exposed to a culture of “militarism” from a young age, and that they want to “change the entire system.”

The IDF has not formally responded to the letter, but Yesh Atid MK Elazar Stern, a retired IDF major general, called the letter “sad” but “marginal.”“I think our youth is committed enough to handle these marginal types. It’s minuscule compared to the hundreds of thousands who enlist, and isn’t more than [the number of draft dodgers] in the past,” Stern said.

All Jewish, Druze and Circassian Israeli citizens over 18 are expected to serve in the IDF. However, Israel’s Arab minority is exempt from mandatory service. Men serve for two years and eight months, and women for two years. 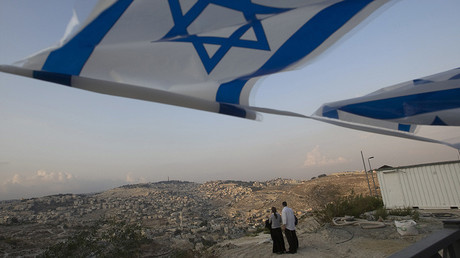 Although such cases are rare, the IDF has previously jailed young conscientious objectors who have refused to serve. In July, 19-year-old Noa Gur Golan was detained in a military prison for defying her draft orders. In an open letter she wrote before refusing to enlist, Golan said she could not be complicit in a “reality where violence is the norm.”

In a similar incident in 2014, 53 graduates of Jerusalem's Arts and Science Academy signed a letter declaring their refusal to serve in the military. The alumni of the prestigious university wrote that the IDF was a "contractor in active segregation based on the concept of ethnic superiority of the Jews over Palestinians – a regime that oppresses and tramples basic human rights, which applies a different legal system to the different populations in the West Bank, and uses a system of discrimination based on ethnic lines from 1948."

The United Nations has repeatedly called on Israel to withdraw from occupied Palestinian territory. In March, the UN’s Economic and Social Commission for Western Asia (ESCWA) published a report accusing Israel “beyond a reasonable doubt” of being guilty of “policies and practices that constitute the crime of apartheid” against the Palestinian people.