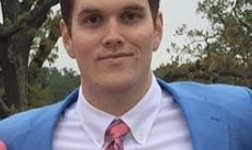 It’s Peyton Manning’s 42nd birthday Saturday, so let’s celebrate it with all the times he looked more like a dad than an elite professional athlete.

Where do you even start with “The Sheriff”? The guy is can absolutely sling it on and off the field. He is the only quarterback in NFL history to win a Super Bowl with two different teams. He singlehandedly made everyone in the country obsessed with yelling “OMAHA!” He’s undeniably hilarious and is just a great guy all around. Peyton is arguably one of the most likable guys to play the game.

Part of what makes him so likable is the fact that he looks more like a regular old dad than a future first-ballot Hall of Famer. He looks like the kind of guy that would be manning (pun intended) the grill at his neighborhood barbecue in a fresh pair of white new balance sneakers and a tucked in t-shirt, while talking about last weekend’s golf trip and cracking corny jokes.

Other than Phil Kessell (aka “Cheeseburger Phil”), there isn’t another guy out there who looks less like a pro athlete than Peyton… but that’s why we love him.

And so, here are 18 times you thought Peyton was your dad.