In a nutshell, this is all that black Americans have been asking for decades. Just this. It's why protesters gathered before a Sacramento Kings game after yet another unarmed young black man, Stephon Clark, was shot to death by police Sunday — in his grandmother's backyard in Sacramento — because they thought his cell phone was a gun. It's why some have been frustrated by how law enforcement officials have spoken about the serial bombings in Austin, when black residents were the first to be injured and killed.Their refusal to call Mark Anthony Conditt a terrorist is a shame. How can multiple bombs being planted and detonated not be considered a clear case of domestic terrorism? It's why the NFL and WNBA players kneel during the national anthem — to highlight racial injustice — and feel betrayed by those who deem their peaceful act un-American. They've been asking for equal treatment. That's all.And yet, some rejected the protests. All they hear is a steady stream of demands for everyone to better understand the stress that police officers feel during and after violent encounters, as though the feelings and perspectives of the people forced to stare down the barrel of a cop's gun don't matter. All they have gotten are juries who routinely say a cop made a "reasonable" decision to kill an unarmed man, and police officers who declare it uncouth to second-guess their fellow officers' decisions, and everyday Americans who demonize those who say such rationale is wrong, immoral and self-perpetuating.It is black and brown people who are more likely to have their days interrupted, and lives turned upside down, by encounters with police over things like jaywalking and driving. They must withstand those daily indignities or find themselves trapped in a veritable debtor's prison, as the Justice Department found in Ferguson, Missouri. And even though they know police officers sometimes plant guns or drugs or lie on the witness stand, they are the ones told to shut up and just trust a justice system that keeps delivering injustice upon injustice. 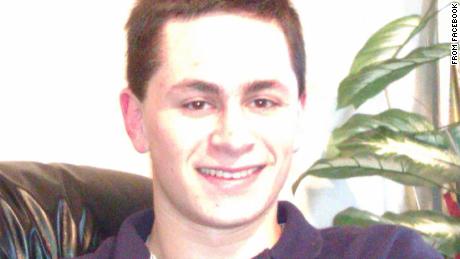 Black people don't live in the world where white people live, where Officer Friendly always treats them with respect or gives their kids a pass or a second chance when they do the dumb things kids do. Or where violent acts are described as the work of an "intense loner who grew up in a tight-knit, deeply religious family," as The New York Times described Conditt. Black people don't have the benefit of being described — as were the recorded troubles of Conditt by Chief Brian Manley of the Austin Police Department — as "the outcry of a very challenged young man talking about challenges in his personal life that led him to this point." Black people live in a world in which policies implemented to protect schools against mass shootings are often used against black students, even though black students are not in the cohort who usually commit such acts. Zero-tolerance polices have contributed to massive racial disparities in how students are disciplined. Mostly-black schools, with metal detectors and fences and other such things, have come to resemble prisons. That's why putting guns in the hands of teachers, as proposed by President Trump and planned in Florida, is a scarier prospect for black parents than even white parents who oppose such a move. Black people live in a world in which even the kids who grow up in the homes of millionaire black parents are subject to life outcomes and bouts with the criminal justice system at a rate like that felt by poor whites. Black people don't have the luxury of just trusting the police and other authorities, knowing that kind of trust has too frequently led to death and heartbreak. That's why they are angry, why they kneel, why they protest, why they scream. It's not because they are making excuses, but because they are facing a reality that others keep insisting doesn't exist.