Sergei Skripal and his daughter Yulia, 33, were poisoned on March 4 after being exposed to what the British government says was a military-grade nerve agent. They had been hospitalized in a critical condition since the attack."I'm pleased to be able to report an improvement in the condition of Yulia Skripal. She has responded well to treatment but continues to receive expert clinical care 24 hours a day," Dr. Christine Blanshard, Medical Director for Salisbury District Hospital, said in a statement. Sergei Skripal, 66, remains in a critical but stable condition but Yulia is "improving rapidly," the statement said. The Skripals were found slumped on a bench in an outdoor shopping complex in Salisbury, England. They had no visible injuries, according to police.The update on Yulia's condition comes a day after police said they believed the Skripals first came into contact with the nerve agent at Sergei Skripal's home in Salisbury. 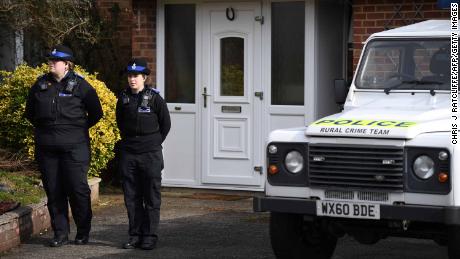 Detectives plan to focus their investigation around Sergei Skripal's Salisbury home for the coming weeks and possibly months, the statement said. Yulia was visiting her father at the time they were poisoned.Russian Foreign Minister Sergei Lavrov on Thursday again demanded the UK give Russian diplomats access to Yulia as he announced that the country will shut down the US consulate in St Petersburg and expel 60 US diplomats.The tit-for-tat move came after more than 20 countries, including Canada and 18 EU member states, joined the United States in expelling more than 100 Russian diplomats over the nerve agent attack. The UK has expelled 23 Russian diplomats over the attack, which it blames on Moscow. Russia denies it was involved and has suggested the UK could be behind it.UK Prime Minister Theresa May called the worldwide backlash the "the largest collective expulsion of Russian intelligence officers in history."Russian Foreign Minister spokeswoman Maria Zakharova told reporters in Moscow that Britain is breaking the international law by refusing to provide information on the case."We are witnessing obvious prevention of access for Russian representatives to Russian victims," she said.

Russia again denied any involvement in the poisoning on Thursday. Zakharova accused the UK government of seeking to "bring about a totally absurd situation." 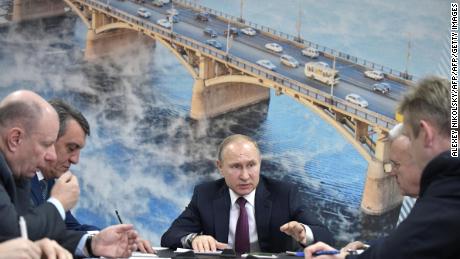 Zakharova said the countries which had ordered expulsions had been subject to intense pressure to show "solidarity" with Britain despite there being no evidence implicating Russia.Zakharova also repeated a Russian complaint that its requests for information in the Skripal case have been ignored. "London is not giving us information and they cannot prove their innocence," she said.UK officials believe the Skripals were exposed to a Soviet-era nerve agent known as Novichok.But Zakharova said nerve agents have been produced in countries outside of Russia and pointed towards the United Kingdom, United States and the Czech Republic as countries which have invested in this type of research.Meanwhile, Kremlin spokesman Dmitry Peskov said Thursday that Russia welcomed reports that Austria — which has not ordered the expulsion of Russian diplomats — had offered to mediate between Russia and the United Kingdom in the Skripal case. "In the situation with the UK any role, any voice that will spur the British vis-a-vis to, let's say, adequacy in this matter, is in demand, of course," Peskov said, when asked about Austria's reported offer to mediate.Thomas Schnoll, spokesman for Austria Foreign Minister Karin Kneissl, told CNN that Austria condemned the Skripal poisoning but wanted to keep channels of communication with Russia open. "We see Austria as a bridge builder between the West and the East," he said.