WASHINGTON — Donald Trump welcomed the Alabama Crimson Tide football team to the White House on Tuesday where he recognized the team for their incredible comeback victory over Georgia to become national champions once again.

“Congratulations on your incredible victory. I dont know if you know, but I was there,” Trump began. “Each of you here today is here because of your grit, your drive, your dedication and your incredible teamwork. You all worked together, inspired each other, had each others backs and drove yourselves onward to one of the greatest victories ever.” 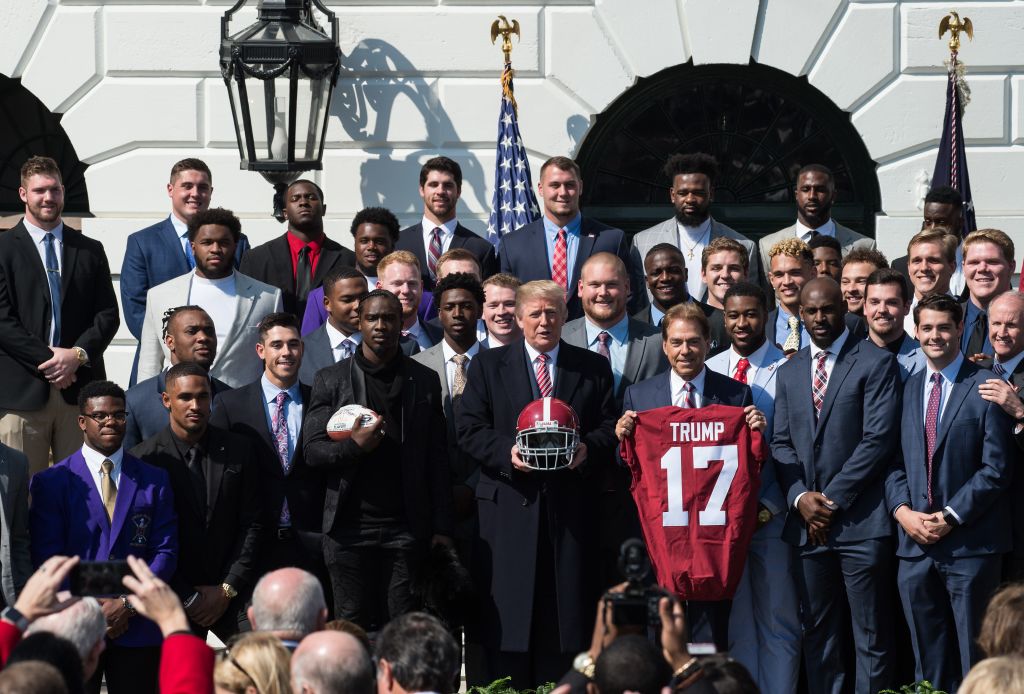 The president said that their comeback victory against Georgia was even more impressive and “will go down as one of the most exciting finishes in college football history.”

Alabama trailed 13-0 at halftime, but after a quarterback change at the break the Crimson Tide rolled over the Bulldogs in the second half.

“There was one moment when it looked grim for Alabama in the title game. On the first play of overtime, Georgia sacked Tua for a big loss,” Trump recalled. “But the Crimson Tide never gave in — never even a little bit — and it just worked out. On the very next play, Tua dropped back to pass, launched the ball from near midfield — I was watching — and the entire country watched as arms lifted up, and DeVonta Smith caught that ball for the win.” 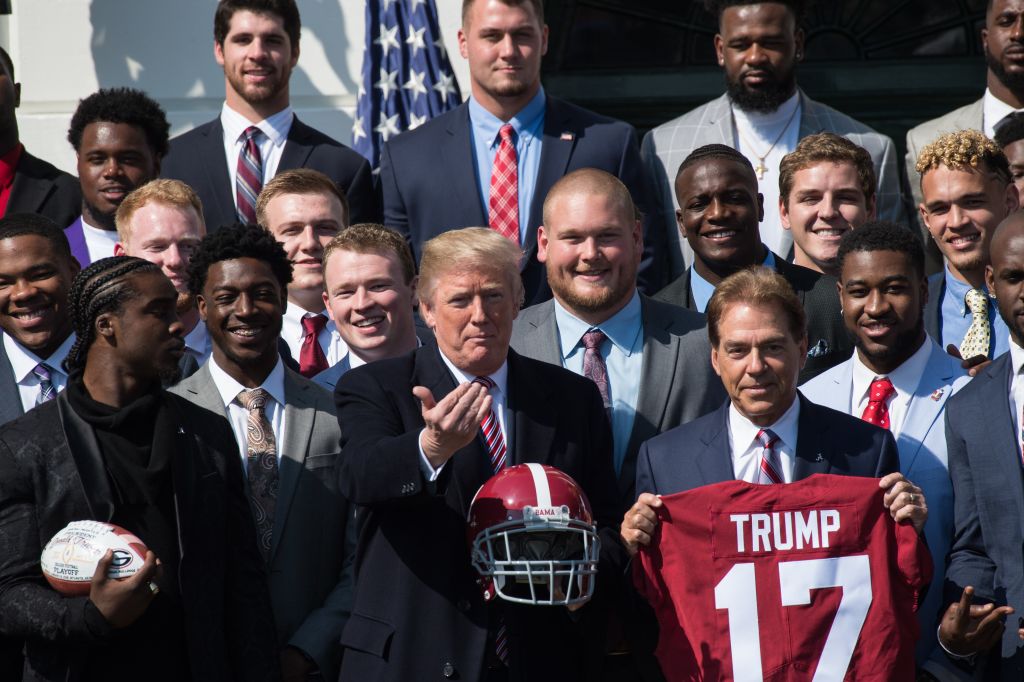 Nearly the entire championship team attended the White House visit on Tuesday, which Saban showed a tremendous amount of gratitude for during his remarks. Only one player was unable to make it due to a death in the family, Alabama.com reports.

“You know, not many people get invited to the White House, so not many people get invited to see the President and meet the President. So this is a special day for our team. A team that is being honored here because of their achievements in terms of winning the college football national championship, which makes me very proud,” Saban said. “A special thanks to President — our President to invite us here and make this a special day for us. President Trump, thank you so much.”