But many passengers aboard Southwest Airlines Flight 1380 on Tuesday appeared to be doing it wrong, social media posts show, despite instructions delivered for years by flight attendants before every takeoff.Video taken during the flight and posted by Marty Martinez</a>, for instance, shows passengers clearly weren't putting their noses inside the mask, even though that's a key part of the pre-flight tutorial. Why's it a big deal? Well, there's less oxygen in the air above 10,000 feet. And without enough oxygen, people risk developing hypoxia. Symptoms include headaches, dizziness, tunnel vision and nausea. Airline and hospital officials haven't said whether anyone experienced hypoxia when the flight — en route from New York to Dallas with 144 passengers and five crew members — lost pressurization after part of the Boeing 737-700's engine shot through a cabin window. The masks deployed as the pressurized air rushed outside the jet. One woman died of injuries she suffered after she was nearly sucked out a window. Seven others were treated for minor injuries, though it's not clear whether any happened because the passengers wore their masks wrong.

Pre-flight mantra can get 'robotic'

By now, you'd think the pre-flight safety briefing would be burned into our brains: "If necessary due to a sudden change in cabin pressure, an oxygen mask will drop from the panel above your seat. Reach up and pull the mask to your face. This action will start the flow of oxygen. Place the mask over both your mouth and nose and secure with the elastic band and breathe normally. If you are traveling with children, or are seated next to someone who needs assistance, place the mask on yourself first."But the mantra can become rote, flight attendants told CNN, both for those who deliver it several times a day and for the passengers whose lives it's intended to protect."It just becomes almost robotic when you memorize it," said Matt Cochran, who worked as a flight attendant for a regional US airline in the '90s and who even years later said he clearly remembers the message's "nose and mouth" part.While some flight attendants may have a bit of fun by customizing their announcements, that can distract passengers from the message, Cochran said. "If somebody raps the safety demo, then maybe that's why some people aren't putting their masks over their noses," he said. "It's about safety, not a talent show." 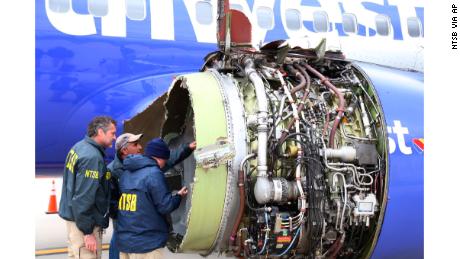 Some airlines use videos to make their safety announcements. But it's not always effective, said Sylvester Pittman, who after serving passengers for 15 years as a flight attendant on Song and Delta Air Lines now runs the Airline Guys aviation blog."People are so entertained or trying to see the next joke, they tune out the important information," he said.When Pittman gave safety briefings, he often found that passengers were looking down or tuning out. Instead, he said, fliers should "give the (flight attendants) your undivided attention right now.""These are the people who could save your life in an emergency. It's five minutes out of your day," Pittman said. "Let's get back to this being a more serious moment in the flight experience."