Although some companies have learned to ride the waves of geopolitics quite efficiently, still in most cases political tensions only complicate the dealings of energy companies.

The Skripal poisoning case has driven a massive political wedge between the United Kingdom and Russia (nations whose relations are historically strained already) and is on the verge of blighting their energy ties.The UK Governments threats to ban Russian gas imports altogether would be a very short-sighted step, the harm of which would take many years to undo. As opposed to the usual rhetoric of "safeguarding energy security" and "countering Russian influence", both London and Moscow have a lot to win from a good energy relationship.

The Skripal case is slowly turning into a whodunit where no one will tell you what really happened and you have to reconstruct everything by yourself – why was the allegedly lethal nerve agent not that lethal, who perpetrated the poisoning and how exactly. Usually, when analyzing foreign affairs scandals, it is imperative to look at who could benefit from such a deterioration. One thing is for sure – energy companies only stand to lose. Firstly, British companies might see their maneuvering space narrowed down, especially against the background of Brexit jeopardizing Britains adherence to the internal energy market (IEM) of Europe. Although the May government wishes to remain in the IEM, so as not to risk the potential $700 million per year expenses it could bear in a worse-case scenario breakup.

Even if a disaster can be averted and the United Kingdom would stay, regardless if in a limited or full-fledged manner, in the IEM, infrastructure funding from EU funds will almost certainly evaporate. This could be one of the Brexits most serious energy consequences, since 16 EU projects of common interest are UK-related, without funding from Brussels, many fall into the risk category of not being implemented. Continental Europe might turn out to be more resolute vis-a-vis UK Brexit demands than expected, for instance, it might justifiably ask whether the €9 billion invested in British electricity and gas projects in 2012-2017 under EIB auspices could have been allocated someplace else. But the risk of relinquishing on Paneuropean trade preferences and investment is not the only specter haunting the UKs energy specialists.

Concurrently with the trends above, the UK North Sea gas production entered the phase of terminal decline after a temporary rebound in 2013-2017. Thus, imports will inevitably play a more significant role in the UK gas matrix as the rate of production decline will outpace that of a forecast demand decline (expected to balance out at around 60 billion cubic meters per year). Adding insult to injury, the UKs largest gas storage facility, Rough, closed down last Summer, wiping out a hefty part of the nations potential storage capacity (3.31 BCm). As things stand currently, UK can sustain only two percent of its annual consumption from its storage, which necessitates a thorough rethinking of its gas imports. In such an intricate situation, flexibility of supply should be the paramount aim of the UK political establishment. 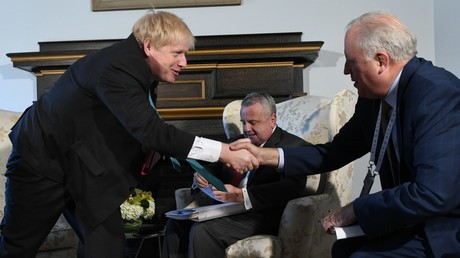 Many self-proclaimed energy experts claim that Russia might use its gas supplies as an energy weapon, yet in the case of the United Kingdom there is virtually no risk of seeing that happening. Russia supplies seven percent of UK crude oil imports and 13 percent of its products intake, in both cases trailing significantly to Norway (56 percent) and the Netherlands (20 percent), correspondingly. Yet, crude was never really the crucial issue, gas has been boggling the minds of energy wonks ever since LNG from the recently launched Yamal LNG project hit the terminals of Isle of Grain and Milford Haven. Yet the situation with Britains gas imports is even more clearcut as it is with crude – 75 percent of its gas imports are fed via pipeline from Norway, with an additional 13 percent supplied from Qatar in the form of LNG.

Russias energy footprint in the United Kingdom has been anything but significant – a fitting example is Gazprom Export, which according to its statistics, supplied 16.3 BCm of gas last year to the UK (34 percent of its import volumes), without specifying the origins of the above gas or disclosing whether the volumes in question were physically delivered to Britain or were swapped elsewhere. Keeping in mind that Norway and Qatar satisfy between themselves 90 percent of UK gas imports (and in both cases Russian companies are not part of the transaction), one can easily assume that any talk of a serious energy clout is a wild overstatement. Which brings us to a key assumption – Russian oil and gas cargoes can be of massive help to the UK to keep their supplies, especially in winter months, as flexible as possible. 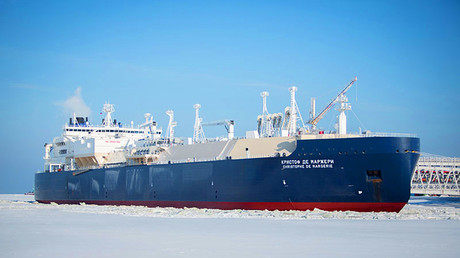 While its very difficult in the current political climate to advocate free trade with Russia and not be labelled a propagandist, energy issues are best kept out of politicians direct sphere of influence. Supervision is one thing, obstructionism is an entirely different one. For instance, when Britain needed gas on short notice late February, two 164 000 m3 LNG cargoes were delivered from the Russian Yamal LNG. Everyone was glad about it, except for the political elite. Yet Yamal LNG is just a tiny part of the whole equation – with Baltic LNG expected to come on stream mid-2020s, it would be the closest source of LNG for UK consumers if one is to exclude Norway. Lets not forget initial plans for the Nord Stream pipeline included a subsea extension to Britain – even without it, Gazprom can bring in more of that cheap pipeline gas via the Balgzand-Bacton Line (BBL), now that Groningen is being wound down.

Last but not least, unilateral trade restrictions rarely lead to results that the initiator anticipates. For instance, do UK legislators promoting the Russian energy ban examine the ways Moscow might respond? Keeping in mind that BP owns 19.75 percent of Rosneft, they can potentially be very painful (and genuinely unsettling after the 2017 BP-Rosneft gas supply deal). Hence "keep your options open and talk to everyone" is a good motto, whilst ban the unsympathetic and make the customers pay for your foreign policy decisions is a slow economic suicide. Five-year term politicians might want to choose the latter, but it just demonstrates their ignorance of rules energy markets live by.

This article was originally published on Oilprice.com