The ambitious multi-trillion-dollar Belt and Road Initiative (BRI) by China could become a great opportunity for the Gulf nations, according to Bahrain's Minister for Transportation and Telecommunications Kamal bin Ahmed Mohammed.

The Gulf region, which is a central location of the BRI, is a prime market for China and vice versa, he told the Gateway Gulf Investment Forum.

The Chinese initiative, which was announced by the countrys President Xi Jinping in 2013, aims to boost connectivity and cooperation between East Asia, Europe and East Africa.

“The Belt and Road Initiative is ambitious and broad in its nature… but by interacting with each other we can unlock potential opportunities,” the minister said.

“We think that China always will look for a new market for their services, they are manufacturing goods, every day they're increasing their production and we can be the market for these goods. We also have a lot of projects [going on] and… there will be a need for Chinese goods and products.”

The Bahraini minister added that there is a “great opportunity for the GCC (Gulf Cooperation Council) countries; the infrastructure already exists, already we have the routes and the [trade] corridor available, a politically stable region, a resilient financial sector, and there are a lot of areas in which both regions, China and the GCC, can benefit from each other.”

He noted that the council has ports and airports, and that “the infrastructure is all ready, it's a win-win for both sides.”

The six member-countries of the GCC (Bahrain, Kuwait, Oman, Qatar, Saudi Arabia and the UAE) are considered an important region from a trade point of view and were the EU's fourth-largest export market in 2016.

According to Yusuf Abdalla Alireza, the founder and CEO of ARP Global Capital (an investment management firm based in Dubai), oil and commodities are the “obvious answer” on how the region could benefit from China's presence in the region. 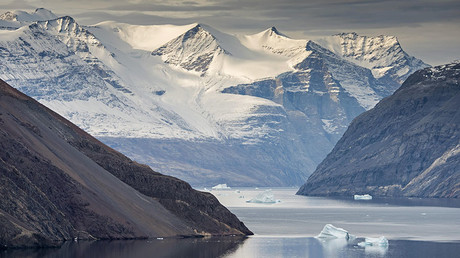 Alireza explained that besides oil and gas there were other advantages as well. “There's a lot of other opportunities such as infrastructure… In addition to that, there's tech. There's two centers of tech in the world – Silicon Valley and Shenzhen – so we should be looking west and east,” he said.

Beijing which is focused on trade-boosting infrastructure projects along the path of the ancient Silk Road, has earlier announced plans to extend the BRI (also known as the One Belt and One Road Initiative) to the Arctic by developing shipping routes. The government said it would encourage enterprises to build infrastructure and conduct commercial trial voyages, paving the way for Arctic shipping routes that would form a “Polar Silk Road.”