The Glasgow Distillery Company has revealed the bottle for its first whisky release – and its tasting notes come with a major difference.

The Glasgow Distillery Company placed the city at the heart of its first-ever single malt Scotch whisky release, reflected in their bottle design.

Following the launch of 1770 Glasgow Single Malt Scotch Whisky, men and women were invited to turn their noses and palates to whisky tasting, with their notes set to become part of the new spirit of Glasgow.

Founders at the distillery were so impressed, that they plan to use the results to help form the whiskys official tasting notes, which will take pride of place on the bottle when it goes on sale on 3 June.

In Glasgows own words, the whisky looks like golden honey; smells of freshly cut apple and pear drops, and tastes like orchard fruit, velvety sweet caramel and toffee with a warm smooth finish.

Inspired by the whisky, the mixed panel of locals will see their reflections on the spirit intertwined with those of the distillers upon release.

The bottle, which was designed with the citys industrial heritage in mind, was also revealed today. Tall and angular, it uses crisp, clean lines and has been a labour of love for the distillery founders. The stunning bespoke bottles will have Glasgow embossed at the foot and will be sealed with a unique, locally made heavyweight copper-topped cork.

The 1770 has already sparked international interest before even going on sale. When news broke that it would be available to purchase via ballot this summer, almost 3000 people and distributors registered their interest in the whisky in the first week alone, from as far afield as Hong Kong, Australia and Mexico.

With only 5,000 bottles available globally, 1770 is on track to sell out when it goes on sale on Sunday 3 June.
Those who want the chance to buy the whisky must sign up to a ballot before the bottle goes on sale, details of which can be found HERE. 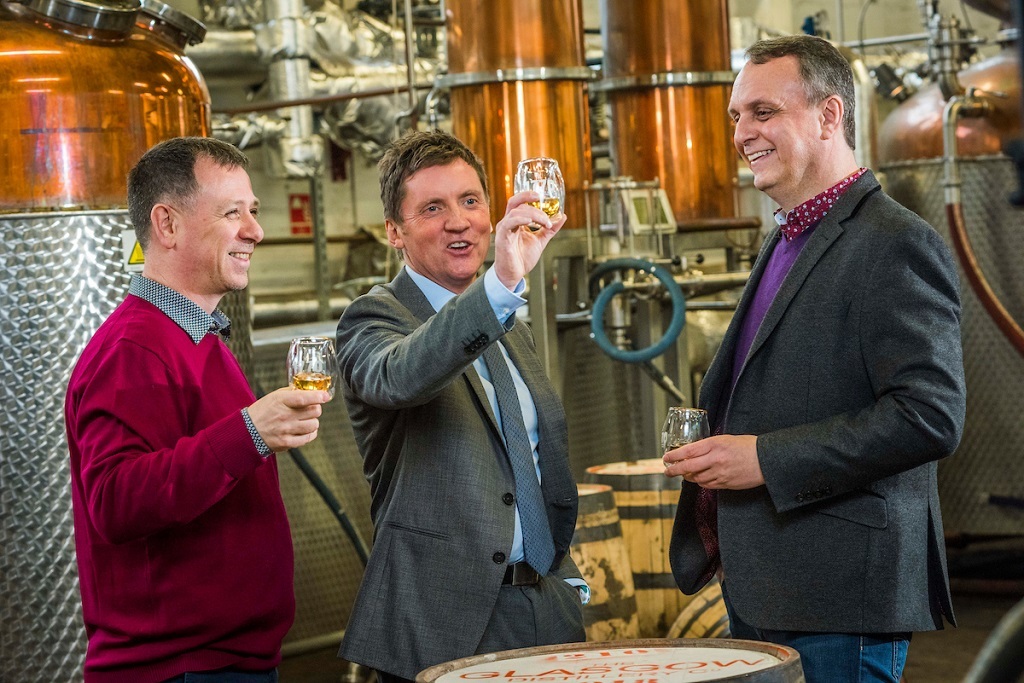 Liam Hughes, CEO and co-founder of the Glasgow Distillery Company said: Its true, people do make Glasgow – so it made sense to involve the city and its people in our whisky. Our stunning bottle reflects the quality of the liquid inside, while taking inspiration from the city from which it came, and the words of the people who inhabit it.

Rather than traditional tasting notes, we have chosen to crowd source the inspiration for ours from the people of Glasgow, which will be incorporated into our final bottle release.

From start-to-finish, the creation of 1770 has been a real labour of love. Everything from its flavour to the bottle design has been meticulously considered. Now that the ballot deadline is looming, were becoming more and more excited about launching this piece of whisky history.

The Glasgow Distillery Company was established in 2012 by Liam Hughes, Mike Hayward and Ian McDougall. Together, they opened Glasgows first independent single malt distillery since 1902, with the unwavering mission to bring single malt distilling back to the city again.

The single malt whisky is named 1770 after Glasgows original distillery, which was founded at Dundashill in 1770. During the 1700-1900, Glasgow, as a leading European city, had over 40 distilleries, transporting all round the world.

The company also produces the award-winning Makar Gin, which boasts an impressive twenty international awards won in 2017; and G52, an urban craft vodka. Further new product development will be released in the coming months.

The post Glasgows people are at the heart of new whisky appeared first on Scottish Field.