Not only did the German team crash out of the World Cup on Wednesday, she's also facing a make-or-break week in her political career. By Sunday, she needs to wrangle a solution on European migration that will put a lid on the simmering political crisis that threatens her coalition government back home.

Merkel has two problems, both of which hinge on fixing Europe's dysfunctional policy on asylum seekers.First, she needs to quell a mutiny within her own party. Conservative hardliners from her Bavarian sister party, the Christian Social Union, or CSU, are under intense pressure to win back voters from the far-right, anti-immigration party Alternative for Germany (AfD).Interior Minister Horst Seehofer, a CSU leader, was set to unveil a "migration masterplan" that would decrease the number of accepted asylum seekers, increase the number of deportations, and authorize police to immediately turn back at the border any asylum seeker that had already registered in another EU country. Merkel has conceded on almost every point, except for one: allowing police to automatically reject asylum seekers at the German border. That, she says, would violate EU laws on freedom of movement and trigger a domino effect of other European nations throwing up hard borders. Now, Seehofer is threatening to break Merkel's coalition government, unless she can secure a better migration plan from the EU. "Previously, the Chancellor's style of leadership worked for two reasons," Timo Lochocki a German political analyst, who is writing a book on the conservative politics in Germany, told CNN."First, there's a discursive vacuum in Germany. So, her muddling through the refugee crisis went uncontested. But now you have the AfD and CSU contesting that.""Second, her political capital was so vast that didn't have to pay attention to the conservative wings in her party. But her election win was so slim, she now need so pay attention." 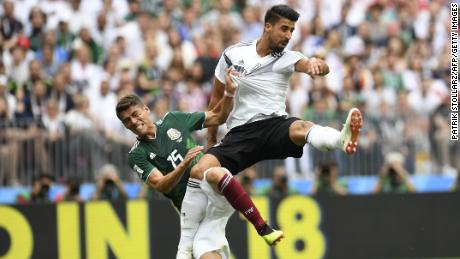 This all leads to Merkel's second problem: She needs an EU migration policy that satisfies her domestic critics but also placates other EU states reeling from their own migration headaches. Merkel needs a way to speed up the repatriation and deportation of asylum seekers but also guarantees a fair way to distribute and resettle accepted refugees across the EU, not just in the country they landed in. And she needs to do it by July 1, her self-imposed deadline.

Can she do it?

Merkel may be the only European leader who can deliver a solution to Europe's migration dilemma. She became the accidental architect of migration policy in 2015 when she decided to allow tens of thousands of asylum seekers that has crossed the Balkans on foot into Germany. 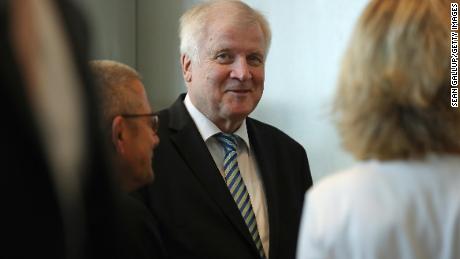 That's why critics outside of Germany and within her own party are holding her responsible, even though the level of asylum seekers now arriving in Europe has dramatically decreased. According to Frontex, the EU border monitor, the number of illegal border crossings has dropped below pre-2015 levels. The European Commission summit on July 28 and 29 gives Merkel an opportunity to make her case. She's unlikely, however, to secure an EU-wide deal with all 28 nations. Merkel does have French President Emmanuel Macron on her side. She secured his help last week with what seemed to be a quid pro quo: Germany will support France's ambitions for greater EU financial integration by agreeing to a joint EU budget while France supports Germany's migration push. But she has little chance of convincing the new anti-immigration government in Italy to take back asylum seekers rejected by Germany. She just might, however, be able to secure enough bilateral deals with key states to achieve a defacto EU migration policy. 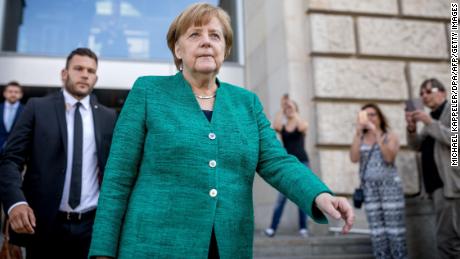 "She is unlikely to get the Holy Grail — a pan-European agreement." says policymaker Gerald Knaus of the European Stability Initiative. Knaus has been working with European MPs to propose a larger — and speedier — version of the Turkey-EU refugee resettlement program he helped to craft in 2016. "You can control borders without giving up the right to asylum," he said"If you are able to process quickly and have countries to return people to. Speedy processing is critical. With speed and quality, you can have a legal humane system that disincentives those who don't need EU protection from even making the trip. This is doable. Instead of pushing for some impossible EU wide agreement to distribute those who are already here and may still be coming."

The heart of any plan would be to get critical border countries, such as Greece, Italy, Spain and Bulgaria, more resources for the quick and efficient turnaround of asylum applications. Italy wants to establish refugee screening centers outside of Europe, likely in North Africa, but for legal and logistical reasons that may not be feasible.Then Merkel would need agreements with the asylum seekers' countries of origin, Afghanistan, Iraq, Nigeria among others, to accept the deportation of rejected applicants, as well as agreements with wealthy and willing EU countries, such as the Netherlands and Sweden, to resettle accepted refugees. In that way, Merkel could do an end run around recalcitrant EU countries and defuse her political crisis at home. But that's a lot to accomplish by Sunday. And unless she comes back with a grand plan, it may not matter what she brings back. "The Chancellor is depending on forces she cannot control," Lochocki adds."Whatever happens, doesn't really matter. What matters is if the CSU accepts what she can deliver. But even if it is accepted, this same challenge to her leadership could repeat again in two weeks or three weeks. The one thing that could resolve the situation is to say: Hey, we solved the problem. It's going to cost a fortune. But here it is. A pro-EU position on migration. That would give her more breathing space."A Holy Grail plan might be more of a dream than a political reality.