The Russian Embassy in Washington has stated that if the US wants its state-funded media to be taken off Russias foreign agents list, it should do the same for Russian-funded media outlets at home.

“Washington does not like it when the rules that it has set for others are applied to itself. The State Department is unhappy over the fact that only mass media sponsored from the American budget got themselves on the Russian foreign agents list. This can be easily mended. The main condition is that Russian media are no longer victimized in the United States and taken off the American foreign agent list,” the statement released by the embassy says.

The statement came in reply to a Friday address in which the US State Department expressed its dissatisfaction with US-sponsored media outlets – in particular Voice of America and Radio Free Europe/Radio Liberty – being recognized as foreign agents by Moscow.

“The State Departments reaction to the possible legislative restrictions of its interference with Russias internal affairs is quite predictable. Hundreds of millions of taxpayers dollars allocated for promotion of American interests under the disguise of liberal values must be spent one way or another,” according to the Russian Embassys statement.

“Washington has neither moral nor legal right to demand anything from other nations, even though interference with internal affairs of other nations, in violation of the UN Charter and the Helsinki Accords, has become the official policy of the USA.”

The embassy also said the reluctance to comply with rules that everyone else follows was the reason for the US leaving the UN Human Rights Council and before that, UNESCO. The diplomats also noted cases in which the US authorities encouraged violations of the freedom of press, like allowing the Ukrainian website Mirotvorets, which contains the personal data of thousands of Western journalists who visited the southeastern parts of Ukraine, to store its data on US servers. 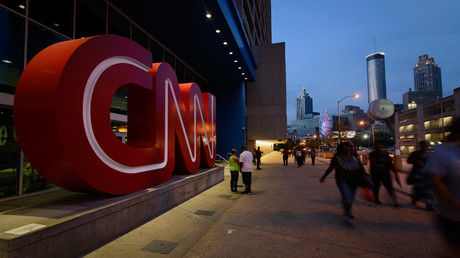 In late 2017, Russia introduced a law on foreign agents in the media which requires any foreign-funded organization engaged in publishing printed, audio, audio-visual, or any other content prepared for an unlimited group of people to register as a foreign agent, to mark its materials as produced by an agent of a foreign state, undergo an annual audit, and present reports about its work to the authorities once every six months.

By the end of 2017, the justice ministry put nine media companies on its list of foreign agents. These include Voice of America, Radio Free Europe/Radio Liberty, the Nastoyashee Vremya TV, Azatliq Radiosi (the Tatar language branch of Radio Liberty), and several affiliated websites.

Last week, the magistrate of the Tverskoy District Court in Moscow imposed a $1,600 fine on Radio Free Europe/Radio Liberty, for violating the law on foreign agents in the media, in particular over the failure to present a report about its activities.