About two-thirds of Russians believe in the existence of a shadowy world government, and most of them also believe it is hostile to their country, according to a recent survey.

On Wednesday state-run Russian public opinion research agency VTSIOM released the results of a poll in which 67 percent of Russian citizens said they believe there is a secret world government. Twenty-one percent said they reject the possibility that it exists, and the rest were undecided.

Just two years ago, about 45 percent said they believe in the existence of a global government, while over 30 percent rejected the idea, the researchers noted. The survey also revealed that the percentage of those who believe it exists is higher among older people (over 70 percent), but among people between 18 and 34, it was also significant – about 55 percent.

About one-third of those who believe it exists said they could not give any evidence to back the world government theory. Those who could mentioned various signs – from the existence of international organizations like the UN or NATO, to references to TV programs and talk on the street.

Around 74 percent of those who believe there is a world government think that it has a hostile attitude towards Russia, while only 10 percent said the shadow body acts in Russias best interests. 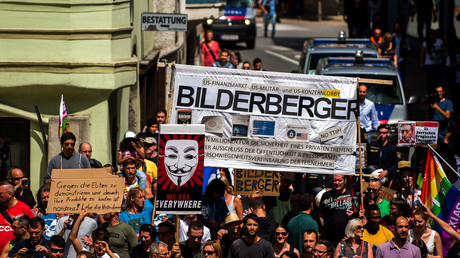 Asked who the members of the world government are, 23 percent said the heads and owners of major banking groups and other “oligarchs.” Eight percent said the group consists of senior US politicians, and six percent mentioned political leaders of other major nations. Only two percent told the pollsters they believe Vladimir Putin is a member, and even less (one percent) think that US President Donald Trump holds a seat in the global government.

Another poll conducted by VTSIOM in April showed that 49 percent of Russians consider their country to be a great world power, down from 57 percent a year ago. However, about one-third told researchers that they expect Russia to become a leading world nation over the next 10 to 15 years.

When asked what makes their country strong and respected, 26 percent said the military, 22 percent said “the strong spirit and will of the Russian people,” and 17 percent attributed Russias success to the “good and powerful president,” Vladimir Putin.