Mann becomes the ninth MP to hand in his resignation in ten days after David Davis and Boris Johnson led the way last week.

The MP for North Cornwall took to Twitter to post his letter saying that he has tendered his resignation "with a great deal of sadness".

The letter states: "I feat that elements of the Brexit white paper will inevitably put me in direct conflict with the views expressed by a large section of my constituents.

"I am not prepared to compromise their wishes to deliver a watered down Brexit." 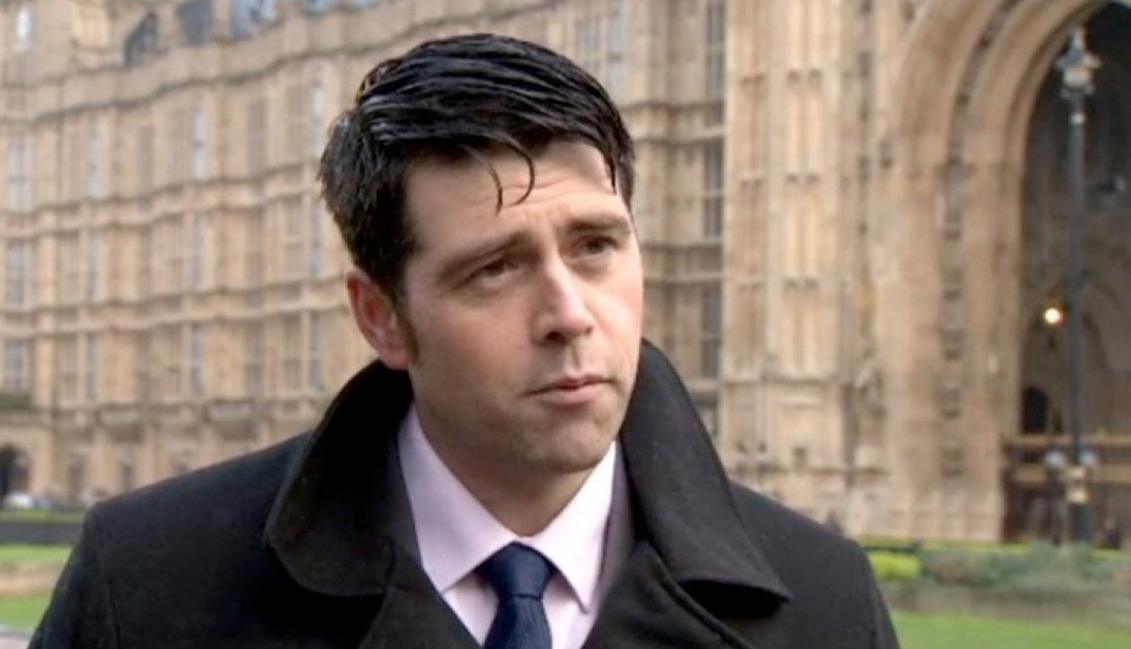 OUT: Scott Mann MP has quit today over Brexit

His resignation comes as MPs are set to vote today on a series of Commons amendments intended to wreck Theresa May's Chequers plan for a “common rule book” covering a new “UK-EU free trade area”.

Although the measures are unlikely to pass in the absence of Labour support, it could prove an opportunity for a show of strength by the rebels intended to pressurise her into retreat.

Last night the Tory MP for Witney Robert Courts quit as a ministerial aide in what is being seen as a choreographed set of resignations by pro-Brexit Tories to sink Mrs Mays Chequers deal.

**Boris Johnson RESIGNS from Cabinet in Brexit blow to Theresa May** 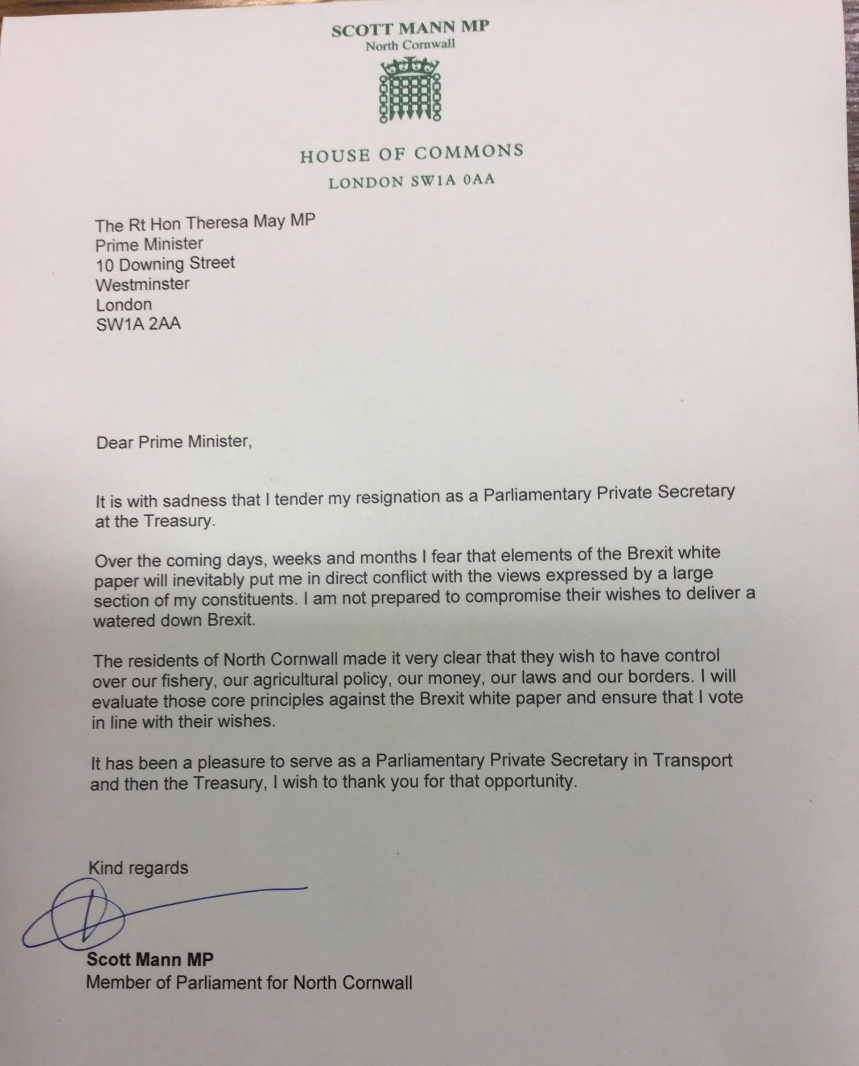 It heaps further pressure on Prime Minister Theresa May to change her blueprint for leaving the EU, after it was described as the “worst of all worlds” by Leave-backing MPs.

Meanwhile Remainers in her party are using the situation to press for a second referendum, with former Cabinet Minister Justine Greening coming out in favour of one this morning.

The Business Secretary Greg Clark has pleaded with Tory Eurosceptics to stand down after they tabled amendments to the Government's customs bill aimed at imposing strict conditions on Mrs May. 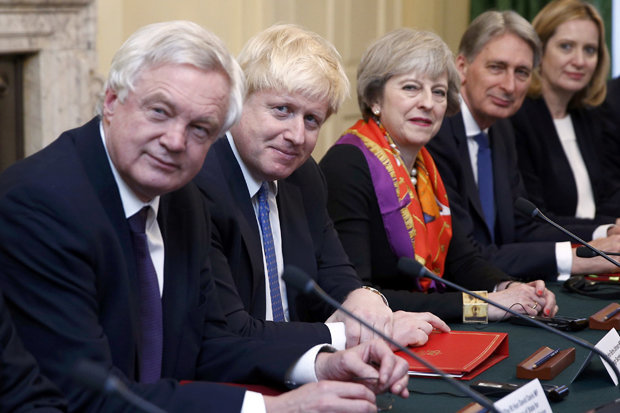 They could be used as a show of strength by the Brexiteers, with Number 10 hinting they could be prepared to compromise in an effort to avert a damaging blow to her authority.

The PM is facing a rebellion from both sides in Commons votes tonight on her Customs Bill.

A furious row erupted over customs last week when the government unveiled plans to keep a “common rulebook” with the EU on goods imports.

Brexiteers say this will keep Britain shackled powerless to the EU.