But the 44-year-old British woman was actually applying a Soviet-era nerve agent that had previously sickened a former Russian spy and his daughter, three sources briefed on the UK poisoning investigation told CNN on Thursday. The bottle was the source of Sturgess' fatal dose, according to investigators. Sturgess and her partner Charlie Rowley, 45, both residents of Amesbury, a town eight miles north of Salisbury, were hospitalized on June 30. Rowley remains in the hospital.On Thursday — 10 days after UK authorities launched a murder investigation into Sturgess' death — police identified two suspects in the poisoning of former Russian double agent Sergei Skripal and daughter Yulia, a source with knowledge of the investigation told CNN.Police said the Amesbury couple had been exposed to the same military-grade nerve agent, Novichok, after touching a contaminated item, though there has been no suggestion the couple was deliberately targeted. 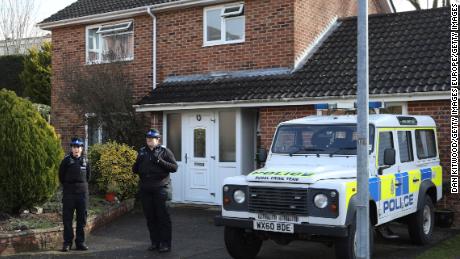 Investigators said last week that they had identified the small bottle found in Rowley's home as the source of the poison.It is unclear where Rowley found the bottle, or whether it contained the same batch of nerve agent used on the Skripals.Sturgess initially collapsed at an address in Amesbury on June 30 and was taken to the hospital, police said.Five hours after her collapse, police said, an ambulance was called back to the same address for Rowley, who also fell ill and was taken to the hospital.Sturgess and Rowley were admitted to Salisbury District Hospital, the same hospital where the Skripals were treated.The attack on the Skripals led to a spiraling diplomatic dispute with Russia. The UK expelled 23 Russian diplomats and more than 20 other countries, including the United States, followed suit. 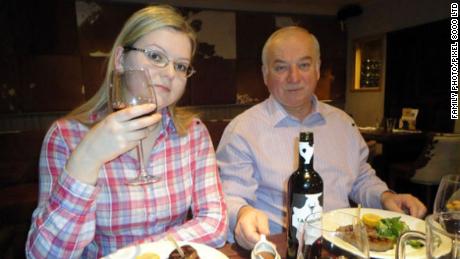 Russia has repeatedly denied any involvement in the attack and has put forward multiple theories as to who may have been behind it.The Skripals were found unconscious on a bench in the city of Salisbury on March 4. They were treated for exposure to the nerve agent and discharged separately from the hospital several weeks later. Police believe they came into contact with the substance via the door handle of Sergei Skripal's house. 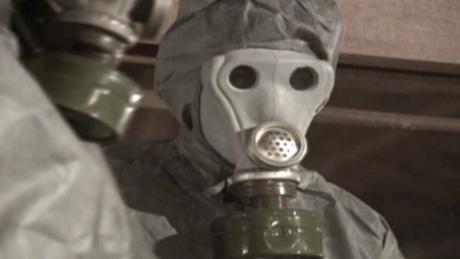 Novichok, which works by causing a slowing of the heart and restriction of the airways, is one of the world's rarest nerve agents. Very few people outside Russia have experience with it.It was developed in secret by the Soviet Union during the Cold War in the 1980s as a means of countering US defenses against chemical weapons, but was revealed to the world by former Soviet scientist and whistleblower Vil Mirzayanov.