Michel Barnier said the EU could not accept the the PMs plan for trade post-Brexit, which involves the UK collecting tariffs on behalf of the bloc.

In a press conference alongside Brexit secretary Dominic Raab, Barnier said there must be mutual “respect” in terms of making decisions if negotiations are to progress.

In an uncompromising statement, Barnier “major issues” are yet to be resolved with regards to Britains future relationship with EU following talks with Raab in Brussels.

He said despite the publication of Mrs Mays white paper, which outlined her vision to bring Brexit to fruition, there were still “questions to be answered”. 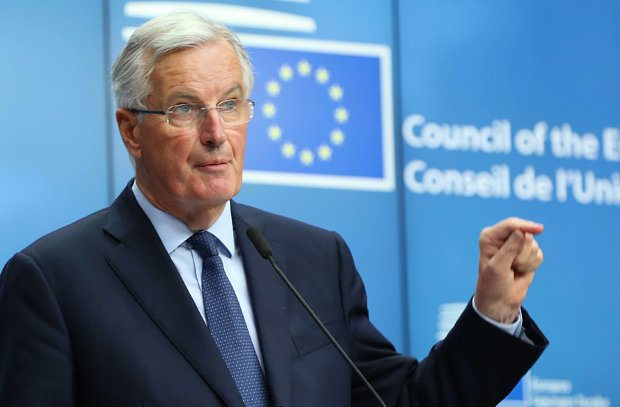 Speaking in his first joint press conference with Raab, Barnier said: “The UK wants to take back control of its money, law, and borders. We will respect that.

“But the EU also wants to keep control of its money, law, and borders.

“The UK should respect that.”

A key plank of Mrs Mays Brexit plan was her idea of creating a "facilitated customs arrangement", whereby Britain collects taxes for goods heading to the EU and refunds them. 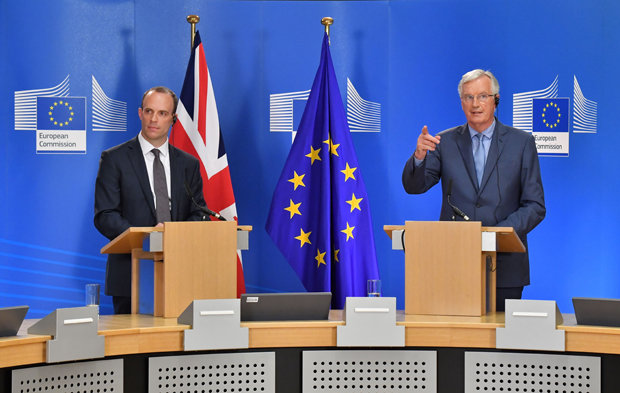 TALKS: Michel Barnier said there are still 'questions to be answered'

“The UK should respect that”

Barnier appeared to dismiss the proposal out of hand, echoing comments he made last week about the arrangement being complex and legally questionable.

“The EU cannot and the EU will not delegate the application of its customs policy, of its rules, VAT and excise duty collections to a non-member who would not be subject to the EUs governance structures,” he said.

Barnier said any customs arrangement or union "must respect this principle".

On the issue of the Irish border, Raab said he was confident that a workable solution to the "backstop" could be found “with pragmatis on both sides”.

The “backstop” is a contingency plan Britain the the EU have agreed needs to be in place to avoid the return of a hard border in Ireland and uphold the Good Friday Agreement.

Barnier said a “legally operative backstop” must be arrived at to conclude the withdrawal agreement.

Raab revealed that he and Barnier will meet again in mid-August and then hold weekly meetings to clear away obstacles in the way of a deal by October. 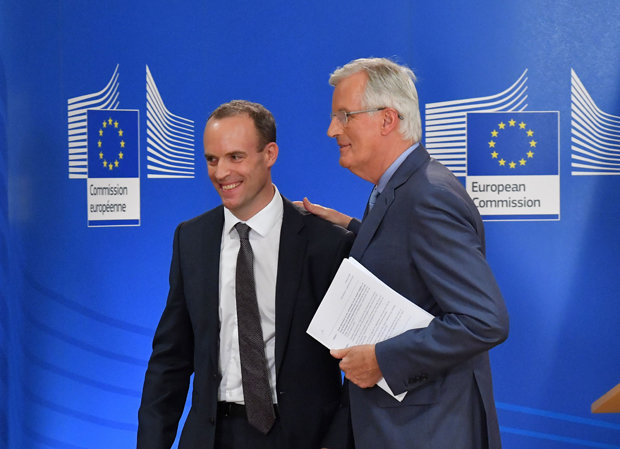 "We have designed our proposals both to respect the result of the referendum, and the core principles of the EU," said the Brexit Secretary.

"We have considered the innovative approaches the EU has taken in the past with other third countries – when the political will has been there.

"In sum, the UK has set out our plans in detail. Those plans are ambitious, principled and pragmatic.

“I am committed to injecting new energy into these talks, along with Michel."

Last week Barnier accepted that the White Paper had brought about “constructive discussions” and they are “not that far” from reaching an agreement.

But in remarks that hinted at the prospect of a no-deal Brexit, Barnier warned: “Time is moving on swiftly and we don't have much of that left.”