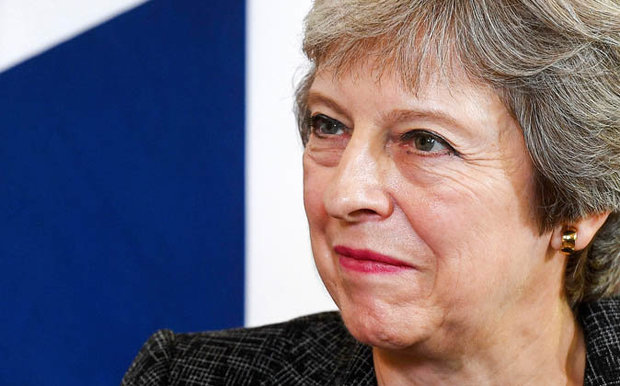 Right-wing populist Matteo Salvini said May should be prepared to walk away without a deal.

He said: "On some principles there is no need to be flexible and you should not go backwards."

Salvini, a former MEP who has clashed with the EU since entering government earlier this year, spoke as the Prime Minister faced pressure from Tory Party figures not to cede any more ground to Brussels.

And while party figures have supported her plan, some have warned it should be a line in the sand rather than a flexible starting point for negotiations.

Salvini, leader of hardline anti-immigrant party the League, told the Sunday Times there is "no objectivity or good faith from the European side”.

He added: "My experience in the European Parliament tells me you either impose yourself or they swindle you."

His hardline comments come after May and senior ministers embarked on a series of visits to EU countries in an attempt to get backing for her Brexit plan.

The plan was dealt a blow by Brussels on Thursday as its chief Brexit negotiator, Michel Barnier, rejected the customs proposals that form a key plank of her white paper.

She had received a welcome boost on Friday after Austria agreed that Brexit would be among topics for discussion at an informal meeting of EU leaders.

Downing Street said Chancellor Sebastian Kurz agreed that Britain's departure from the EU would be on the agenda for the European Council being hosted by his country – which currently holds the EU presidency – on September 20.

It means the Prime Minister has an extra gathering of leaders to try to convince them to support her Brexit plan after a week in which ministers have been deployed to various capitals to woo senior politicians.

The next meeting is a gathering of EU leaders in Brussels in October, by which time it is hoped a Brexit deal will have been hammered out.

Mrs May has been backed by her local Conservative Association chairman.

Richard Kellaway said the Maidenhead branch "fully supported" Mrs May's plan and he had been impressed by a briefing on it for association heads in Downing Street by her chief of staff Gavin Barwell.

Mr Kellaway told the Press Association: "Most of us found it quite persuasive and convincing.

"We have received little criticism from our members.

"I'm of the group of people who feel that it is not a great deal, but it is not bad. We have to actually have a deal."