Batten also claimed populist leaders across Europe would never “unite under one banner” to form a far-right supergroup.

He said: “It is very important that UKIP fights for what UKIP believes in…

“Not something that is supposed to be Europe-wide under the leadership or direction of Steve Bannon.

“Even the people who are Eurosceptic wont necessarily unite under one banner.”

Turning to Bannon himself, he said: “Im not a big admirer. I have no feelings one way or another about Steve Bannon… 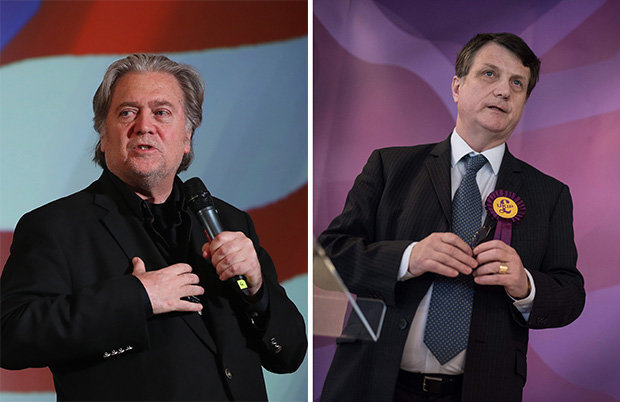 “But I certainly wouldnt be trotting along to find out what he thinks our political direction should be because I know very well what it should be in my own mind.”

The rejection is the latest blow to Bannons plans for a Europe-wide coalition after Alexander Garland, co-chair of Germanys far-right AfD party told him: “Were not America.”

The German politician also reportedly declared that Bannon will not succeed in forging an alliance of the like-minded for the European elections.

Bannon claims to have been in contact with leading Tory politicians over the UKs Brexit strategy, including Boris Johnson, Jacob Rees-Mogg and Michael Gove.