The head of Russias prison agency has ordered all penal institutions to regularly report on conditions in which inmates are kept after a newspaper released a video allegedly showing prisoners being beaten by staff.

Earlier this week, the Russian Justice Ministry registered the order by the Federal Service for Execution of Punishment, Gennadiy Korniyenko, to compile full monthly reports about the situation in their facilities, prisons and pre-trial detention centers alike, and send the reports to Moscow, Life.ru news website reported Friday.

The reports will not only record complaints about alleged beatings or torture, but also any incidents involving work injuries, illnesses or refusals to eat food.

Korniyenkos order also introduces a system of “statistical reporting about observation of laws and human rights in the Federal Service for Execution of Punishment.”

A source in the service told Life.ru that the order was issued after sharp criticism of their work from the Russian Presidential Administration and the Prosecutor Generals Office which, in turn, was caused by recent reports by Novaya Gazeta and several other media outlets describing alleged beatings and torture of inmates by prison staff in several penal institutions across the country.

Shortly before the Life.ru report, Novaya Gazeta released a video, made with a body-mounted security camera, which apparently shows officers repeatedly making several inmates run through a “gauntlet” – battering them with fists and rubber truncheons. 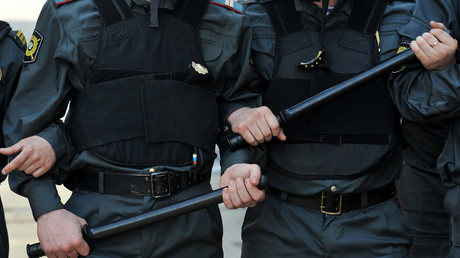 In an article describing the video, Novaya Gazeta reporters said that they did not know when the footage was shot but had established the location where it was filmed – Penal Colony No1 in Yaroslavl Region, a now infamous place where 12 administration officers were detained earlier this month on charges of torturing inmates.

The Federal Service for Execution of Punishments press service told RT that the video released by Novaya Gazeta had been discovered by its own internal security service in the course of a regular inspections and that on August 14 the video was forwarded to investigators who should decide whether a criminal investigation into the incident should take place.

In late July, Russian Upper House speaker Valentina Matviyenko called the beatings in the Yaroslavl prison “an abominable crime” and called for urgent reform of the countrys prison system to prevent such atrocities from happening in the future.