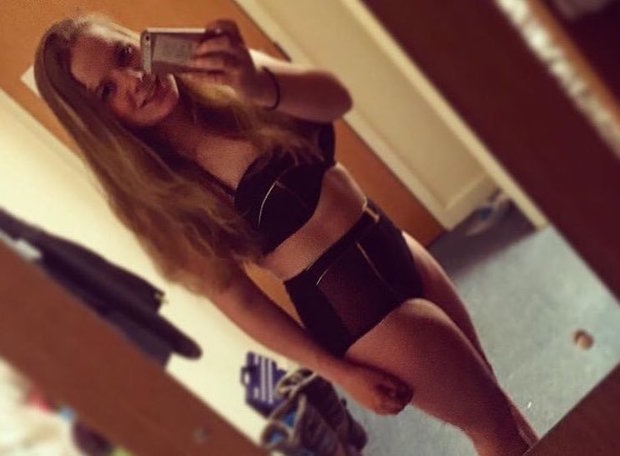 Cllr Elena Bunbury, of Holme Valley Parish Council, claimed the online attacks aimed at her had reached a “new level of grim” after she shared her pro-Brexit views on BBC Question Time.

But Ms Bunbury beat them to it, posting them on Twitter with the caption: “Following my appearance on the #FBPE are sending death threats, labelling me a stupid sl*t, posting private photos of me and outing me as bisexual online.

“So I thought Id beat them to it.

“Enjoy these photos of a stupid sl**** Tory bisexual who loves Brexit.”

“Enjoy these photos of a stupid sl**** Tory bisexual who loves Brexit.”

The racy pics received over 2,000 likes in the space of just a few hours.

She has since contacted West Yorkshire Police to report one of the tweets which she said amounted to a death threat.

Clr Bunbury has also blocked the person responsible and reported it to Twitter.

She told the Mirror she would not name her abusers publicly, adding: "I don't want to encourage bullying, even if they are vile.

"People have been asking if I am okay and saying 'well done for being vocal and pro-Brexit."