The agreement follows recommendations laid out in a report by the independent Migration Advisory Committee.

It calls for European migrants requests for residency to be treated exactly the same as those coming from elsewhere in the world, based on skills.

Theresa May has repeatedly vowed to end unlimited immigration from Europe after Brexit.

The cabinet agreement came after a presentation from the MAC chairman, Prof Alan Manning, at a lengthy meeting on Monday.

European freedom of movement currently lets people from the European Economic Area – all EU countries, as well as Norway, Iceland and Liechtenstein – plus Switzerland, to travel and work within the area without visas, regardless of skills.

Under the current immigration system, most non-EU workers are rated on whether their skills are needed by the UK economy.

It remains unclear what would happen in the event of a "no-deal" Brexit.

Daily Star Online revealed earlier this year how EU migration to the UK had plummeted below 100,000 for the first time in five years. 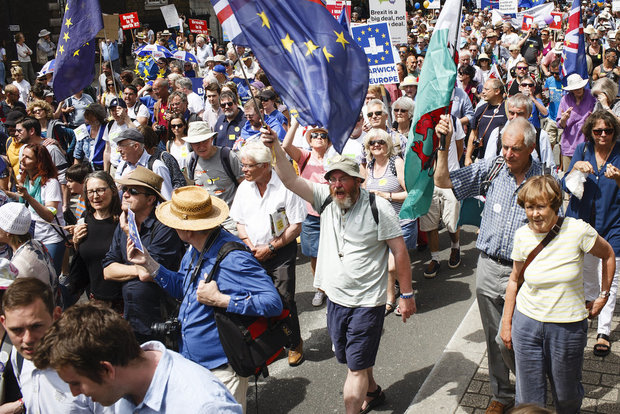 MARCH: Thousands of people are calling for a second vote on Brexit
(Pic: GETTY)

The Prime Minister is expected to make an announcement about new immigration rules at next week's Conservative Party conference.