David Rutley, Tory MP for Macclesfield, has been drafted in as Food Supplies Minister amid rising concerns of a “no deal” exit from the EU.

It has been revealed Mr Rutley, a former Asda and Pepsi exec, was handed his new brief at the Department for Environment, Food and Rural Affairs (Defra) earlier this month.

He said: “It is an honour to join the Defra ministerial team at such an important time.

“I am determined to ensure that we fully realise the opportunities of leaving the EU.” 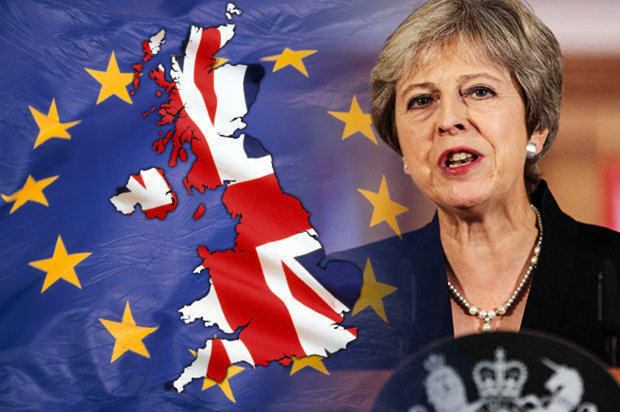 FEARS: Mrs May has sought to underplay claims the UK will suffer post-Brexit
(Pic: DS)

“We are about to become the first country in history to impose economic sanctions on ourselves.”

Many reacted to the news with horror online, with commentator Emma Kennedy writing: “Oh joy. Were getting a Food Supplies Minister for when the food chain collapses.

LBC host James OBrien added: “We are about to become the first country in history to impose economic sanctions on ourselves.”

He said: “The government – instead of looking at imminent Brexit food shortages and thinking, 'Its our duty to ensure that doesnt happen” instead *appoint a food-shortage minister* to oversee the mess.”

Daily Star Online previously reported the army could be put on standby to deliver food in the event of a “no deal” Brexit.

Government ministers have considered plans to deploy army helicopters and trucks if both parties cannot reach an agreement and the country descends into chaos, according to reports.

They will be to take food and medical supplies to vulnerable and elderly people, according to reports.

Supermarkets are said to have urged suppliers to stock up on fuel, food and medicine.