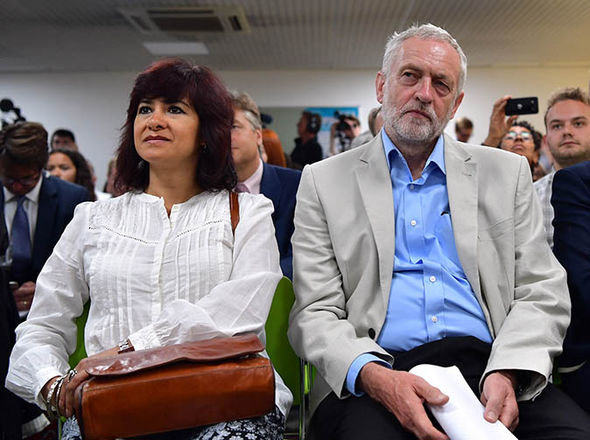 Jeremy Corbyn, 69, isnt afraid to be under the spotlight – but his wife Laura Alvarez, 48, has managed to keep a low profile.

In fact, she keeps the lowest profile of all political spouses in recent times.

Corbyn has been married three times, currently to Alvarez.

Here we take a look at what little is known about her.

Who is Laura Alvarez?

Laura Alvarez is an ex-banker from Mexico who is married to Jeremy Corbyn.

Corbyn met Alvarez in 1999 when he was helping in a four-year search for her abducted niece.

Alvarez had just flown into London from Mexico when the pair were introduced by her older sister Marcela.

Marcelas estranged husband had fled the UK with their daughter Jasmin after a custody battle.

Corbyn promised to help with the case after Labour veteran Tony Blenn introduced him to the family.

Marcela told the Daily Mail: “He made calls and did everything he could to help.

“Without his assistance I would never have been reunited with Jasmin.

“Because of our case he met my sister and they fell in love. I introduced them.”

Alvarez flew back to Mexico where she was working in a bank when they started a long-distance relationship.

Despite the 20-year age gap they stayed strong, marrying in Mexico in 2013.

Corbyn had previously been married to Professor Jane Chapman in 1974 and Claudia Bracchitta in 1987 – who he has three children with.

Alvarez moved to London into a £1million home in Islington.

She then quit her financial career to become the owner of a fair trade coffee beans company called Cafe Mam.

The company imports beans from her native Mexico.

However, the company came under fire in 2015 when it was reported the coffee was produced by farmers who earned 93p for each 500g bag – which is sold here for £10.

In a rare interview with Vice News, she was asked if she was proud of her husband.

According to reports, the couple enjoy nights in watching EastEnders, drinking the odd glass of wine and eating food grown on his allotment.