Time is running out on the UK making an exit deal with the EU.

As time goes on, a no-deal Brexit is looking more and more likely.

While this is not desirable for either side, Theresa Mays draft deal is losing support from Remainers and Brexiteers alike.

Either way, Britain will leave the EU. But now the real work of hammering out a deal begins.

Here we outline the key dates before Britain leaves the EU on March 29, 2019.

The EU leaders will meet for at the European Council in Brussels for a “moment of truth” meeting.

Originally this was seen as the date Britain and EU must come to an agreement on the divorce from the bloc.

However, as it comes just two weeks after the Conservative conference, it may be too early for Mrs May to make the necessary compromises.

Either way, the other 27 national leaders will decide what to do next. 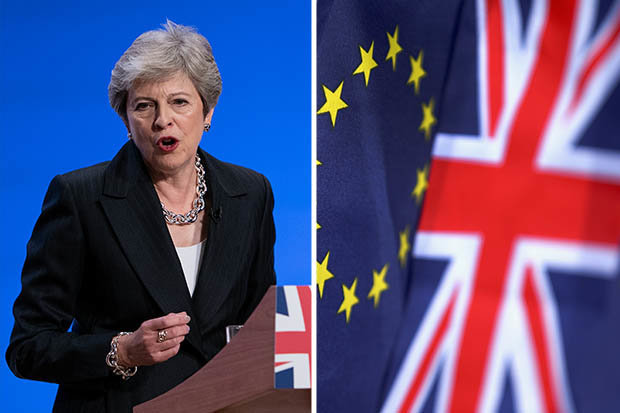 Some of the key players will meet again in Brussels to consider some of the details of Brexit.

The meeting was originally called by German chancellor Angela Merkel as a formal goodbye to the UK.

However, this weekend will no doubt be more hard work than originally thought.

All 28 current EU states will meet in Austria.

This is definitely supposed to be the final chance to agree on a Brexit deal.

Hopefully a divorce deal will be signed off by Britain and the EU.

It is not known when the House of Commons will get to vote on the final deal.

However, they definitely will if a deal is struck.

MPs also has to pass an Implementation and Withdrawal Bill, which puts the exit treaty into law.

This is the last cut-off date for the final deal to be presented to Parliament under UK law.

However, if a withdrawal agreement hasnt been presented to MPs by this date they have to vote on what happens next.

The government get five days to make a statement on what to do, whether that be a second referendum, an extension, etc.

In order for the withdrawal agreement to take effect, it needs to be backed at an EU summit by a supermajority of leaders of member states.

It also has to be approved by the European Parliament in a plenary vote.

The UK will officially no longer be a part of the EU at 11pm on Friday, March 29.

However, there will be a transition period which will continue until the end of 2020.

This is exactly two years after Mrs May triggered Article 5 of the EU treaty.

Mrs May negotiated 21 month transition period. During this time the UK will continue to follow EU rules.

By the end of the year Britain will be on its own, unless something changes.