The Prime Minister last night held a secretive meeting of her “inner cabinet” to outline her proposals to secure a Brexit divorce deal with the EU.

The issue of the Northern Ireland “backstop”, the contingency plan in place to avoid a hard border, is thought to have been the main point of discussion at the meeting.

She reportedly pitched her solution to the Northern Ireland “backstop”, a major sticking point in the negotiations that has bitterly divided her party and caused friction with the EU.

Her proposals are reported to involve Britain remaining part of the customs union on an indefinite basis, meaning EU rules and regulations will continue to apply. 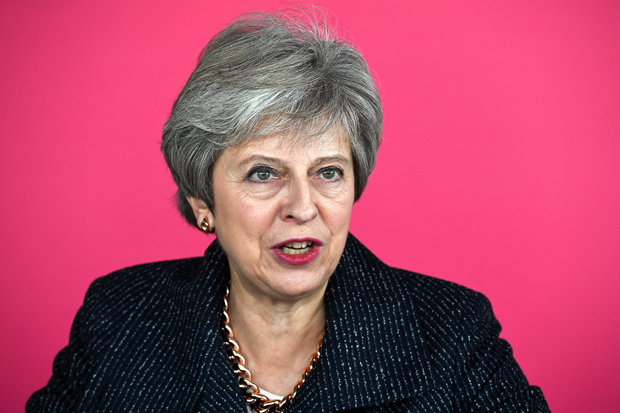 Furious Brexit-supporting cabinet ministers are said to be concerned Mrs Mays deal could leaving the UK tied to the customs union beyond December 2021 – the end of the transition period.

Work and Pensions Secretary Esther McVey, who was not at the Downing Street meeting, has pointedly refused to endorse the Prime Minister's Chequers blueprint for Brexit.

Mrs May insists such an arrangement must apply to the whole of the UK to avoid the creation of a "border in the Irish Sea" between Northern Ireland and the rest of the UK.

“The Prime Minister is a unionist”

Mrs May is scrambling to secure a deal that satisfies Brussels, her warring cabinet and the nation ahead of a crunch summit with 27 EU leaders in Salzburg next week.

Political blog Guido Fawkes this morning cited sources as saying the PM will today make a public statement to scotch concerns Britain will be “trapped permanently in a customs union in any circumstances”.

But a spokesman for Downing Street told Daily Star Online “there are no plans” for the PM to make a public announcement about her proposals for Brexit.

DUP leader Arlene Foster – whose party props up the government at Westminster – issued a renewed warning that they could not accept the EU proposals as they stood.

"The Prime Minister is a unionist. Many of her cabinet colleagues have assured me of their unionism," she said.

"Therefore, they could not in good conscience recommend a deal which places a trade barrier on United Kingdom businesses moving goods from one part of the Kingdom to another."