With negotiations on a knife-edge, the Prime Minister is set to address MPs in parliament on Monday afternoon as the issue of the Northern Ireland border threatens to derail talks.

The timing of the statement has been described as “out of the ordinary” given the PM only usually updates the Commons on Brexit progress after EU summits.

Her statement will come after EU chief negotiator Michel Barnier and Brexit Secretary Dominic Raab failed to reach an agreement on the Irish border issue at a impromptu meeting held in Brussels on Sunday.

Mrs Mays “backstop” solution proposes keeping Britain in the single market during the transition period and potentially beyond to prevent the return of a hard border between Northern Ireland and Ireland.

But Downing Street said there were still "unresolved issues" relating the the backstop, throwing Mrs Mays chances of securing a deal based on her so-called Chequers plan into doubt. 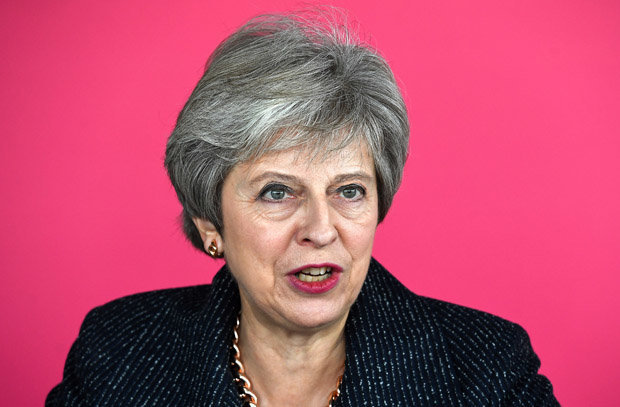 BREXIT TALKS FALTER: Theresa May is set to make a statement to MPs on Monday
(Pic: GETTY)

Number 10 has insisted the PM remains “confident” of striking a deal despite the deadlock over the backstop – the main sticking point holding back a deal.

But with Mrs May under siege from Tory Eurosceptics and her DUP parliamentary allies, her room for manoeuvre is severely restricted.

Sammy Wilson, Brexit spokesman for the Democratic Unionist Party (DUP), a no-deal is “probably inevitable” because of EU “intransigence”.

DUP MP Wilson said the manner in which EU officials have conducted the negotiations means a no-deal has become the likeliest scenario.

STICKING POINT: Barnier said there had been a failure to reach an agreement on the border issue
(Pic: GETTY)

“There remain a number of unresolved issues”

“Given the way in which the EU has behaved and the corner theyve put Theresa May into, theres no deal which I can see at present which will command a majority in the House of Commons,” he told the Belfast News Letter.

“So it is probably inevitable that we will end up with a no deal scenario.”

The DUP's Westminster leader, Nigel Dodds, told the Telegraph: "One part of the UK cannot be left behind, bound to rules set in Brussels. The constitutional and economic consequences of such an approach would be catastrophic in the long run."

Meanwhile, government sources this morning said negotiations between Britain and the EU over the Irish border have hit a “significant problem”.

The spokesman said: "We have made real progress in a number of key areas. However, there remain a number of unresolved issues relating to the backstop.

"The European Union and the UK are both clear that they want to secure a good deal and that is what both sides are working towards.

"We remain confident of getting a deal because it is in the interests of both the UK and the European Union.

"We've said that we want to continue to make progress in the coming days and weeks. That's what we are focused on."