JEREMY Corbyn has branded Theresa May's Brexit plan the "worst of all worlds", claiming the Prime Minister knows crashing out without a deal is "not a real option".

Speaking at an event for the Confederation of British Industry (CBI), Corbyn hit out at Mrs May's plan to take Britain out of the EU.

He said: "After the events of the past week, many people and businesses will be confused and anxious.

"The PM has negotiated a botched, worst-of-all-worlds deal which is bad for Britain, leaving the country in an indefinite halfway house without a real say." 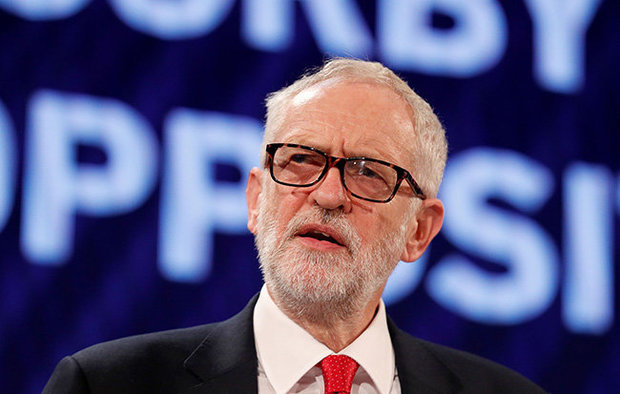 He went on to say that if Mrs May could not get her plan past a Commons vote, "Labour's alternative plan can and must take its place".

Mr Corbyn's intervention comes as the Prime Minister continued to cling to power despite mounting discontent within her own party.

STANDING FIRM: Theresa May has vowed to 'see it through' as she faces a rebellion (Pic: SKY NEWS )

All eyes are currently on Sir Graham Brady, chair of the Tories' 1922 committee, which can trigger a vote on Mrs May's leadership if 48 MPs send letters demanding she step down.

The Prime Minister is due to travel to Brussels this week for talks with EU leaders.