The Prime Minister said: “I will do everything possible in 72 hours ahead to deliver this deal for the British people.”

Mrs May has been addressing the House of Commons this afternoon as she still faced criticism from hardline Brexiteers.

Boris Johnson said Theresa Mays withdrawal agreement “gives the EU a continuing veto over the unilateral power of the entire United Kingdom to do free trade deals or to take back control of our laws”.

He added the Irish backstop, included in the agreement, “makes a complete nonsense of Brexit”. 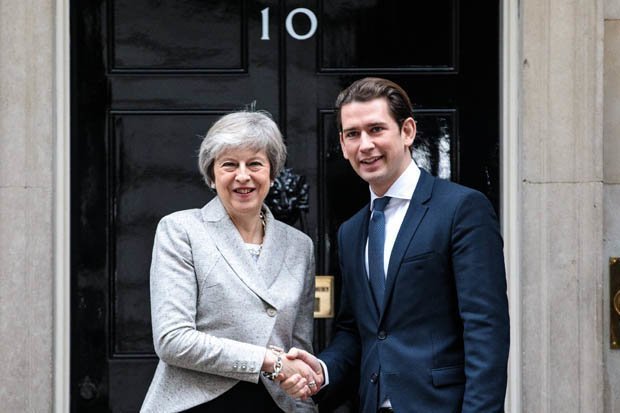 EMBATTLED: Theresa May faced her harshest critics in the House of Commons (Pic: GETTY)

“It represents the worst of all worlds: no say over the rules that will continue to apply and no certainty for the future”

The Irish backstop is a compromise to a hard border — which would result in Northern Ireland and Ireland having border checks and possibly a wall between them.

But Mrs Mays proposed Brexit deal permits changes in regulations between Northern Ireland and the rest of the UK.

Conservative Party Brexiteer Sir Bill Cash told Mrs May the Commons European scrutiny committee, which he chairs, would be holding an inquiry into "the Government's handling and outcome of these negotiations".

FIGHT: Theresa May says she will do 'everything possible' so secure the deal in 72 hours (Pic: GETTY)

Mrs May responded, saying the backstop was not "automatic”.

Theresa May told the house that negotiating teams had mutably-agreed a framework for the future relationship of the UK and the EU after working through the night.

She added that she spoke to the Spanish prime minister last night — who had said Spain would vote against the deal over Gibraltar.

Theresa May said the deal will work for all of the EU, including Gibraltar.

But Jeremy Corbyn called the withdrawal a “blindfold Brexit”.

The Labour Party leader added: “These 26 pages are a testament to the failure of the bungled negotiations.

"It represents the worst of all worlds: no say over the rules that will continue to apply and no certainty for the future,” he added.

Mrs May previously warned that it was her way or the highway — saying that rebellion risked a no deal or even “no Brexit at all”.