Lloyd Russell-Moyle revealed his status during a debate in the House of Commons on November 29.

The Brighton Kemptown MP made a historic speech where he declared himself HIV positive, and urged ministers to review cuts to sexual health services.

Mr Russell-Moyle, who became the first MP to declare the news in the House of Commons, felt compelled to speak out about the personal issue.

He also revealed next year would mark 10 years since he became HIV positive. 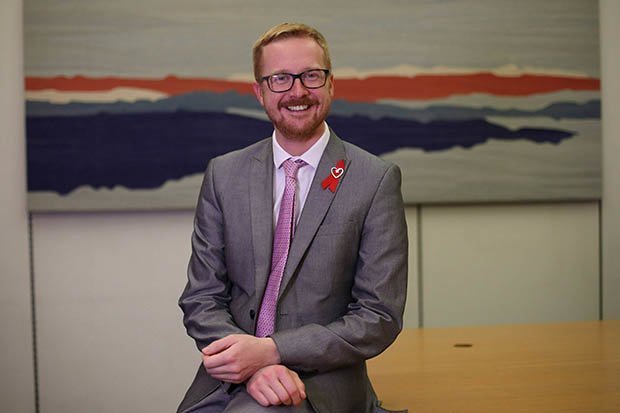 Who is Lloyd Russell-Moyle? First MP to declare himself HIV positive in House of Commons (Pic: PA)

“I finally wanted to be able to stand in this place and tell those out there living with HIV, that their status does not define them”

Lloyd Russell-Moyle, 32, has been a Labour MP for Brighton Kemptown since 2017.

He was born in Brighton in September 1886, and went to Wallands Primary School and Priory School in Lewes before going to Sussex Downs College.

Mr Russell-Moyle also worked at the National Youth Agency, and was Vice President of the European Youth Forum based in Brussels.

He then became an HP while he was on the Brighton and Hove Council in 2016.

The next year we was elected as MP for Brighton Kemptown as one of eight LGBT people in the General Election.

The politician revealed he was HIV positive in Commons because he wanted to tackle the stigma associated with the condition.

SHOCK: Lloyd Russell-Moyle said it was a real shock when he first found out (Pic: GETTY)

Mr Russell-Moyle said finding out he had the virus was a “real shock”, but that it wasnt “the end of the world, even though it might feel like that for a few seconds”.

He continued: “Its been a long journey, from the fear to acceptance, and from today advocacy, knowing my treatment keeps me healthy and that it protects any partner I have.

“I finally wanted to be able to stand in this place and tell those out there living with HIV, that their status does not define them.

“We can be whoever we want to be and to those who havent been tested, maybe because out of fear, I say it is better to live in knowledge than die in fear.”