The PM is being urged to engage in fresh talks with the EU in the hope she can secure more concessions before putting her deal to a vote in parliament.

Should Mrs May opt to do so, the “meaningful vote” – scheduled to take place on December 11 – could be abandoned by Friday at the latest, the Sun reported.

In that event the PM would head back to Brussels to ask for more favourable Brexit terms from EU negotiators.

The talks would provide her with one final opportunity to come back with a deal acceptable to Remain and Leave-supporting MPs across the House of Commons.

There are fears among Tory whips that the government could lose the Brexit showdown in the Commons by up to 200 votes, with Labour, the DUP, the Liberal Democrats and around 90 Tory MPs united against her deal. 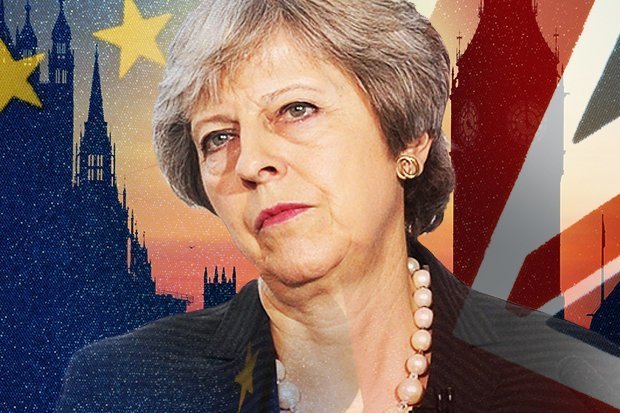 CALLS FOR NEW TALKS: Tory whips have urged Theresa May to get more concessions from the EU (Pic: GETTY)

Top cabinet ministers Jeremy Hunt, Sajid Javid, Chris Grayling and Liam Fox are said to have backed the plan to ask for more concessions from Brussels.

“Many Tory MPs dont think the PM has fought hard enough,” a cabinet source familiar with the plan said.

“The thinking is, have a row with the EU and then double down on this being the best deal we can get — theres no other option and in the ensuing chaos, MPs opposed to the deal would back down.”</span>

The PM faces the prospect of being removed from office via a vote of no confidence in the Commons or internally within her own party should she lose in the Commons.

MPs are preparing for five days of debate on the agreement, starting on Tuesday and culminating in the vote on December 11, which could decide the fate of her deal and ultimately her government.

Labours shadow Brexit secretary Sir Keir Starmer said that if it was voted down, his party would table a no confidence motion in an attempt to force a general election.

His warning came as The Times reported that the DUP was considering abandoning the government if there was a confidence vote, despite their "confidence and supply" agreement.

Despite dozens of Tory MPs lining up to oppose the agreement, Environment Secretary Michael Gove said he believed the government could still win, although he acknowledged it would be challenging.

Gove, one of the leaders of the Leave campaign in the 2016 referendum, urged fellow Brexiteers to back the agreement warning the alternative was "no deal or no Brexit".

He said that if the Government lost the vote there was a "real risk" there could be a majority in the Commons for a second referendum.