The Prime Minister has today issued a defiant ultimatum to MPs, telling them a vote against her withdrawal agreement and political declaration would risk a no-deal or no Brexit at all.

Her whips are frantically lobbying MPs from across the House of Commons to garner support for her Brexit deal ahead of the so-called “meaningful vote” on December 11.

Speaking to BBC Radio 4's Today programme she said a vote against her deal “frustrates Brexit” but insisted she is “listening” to their concerns.

The 10 Democratic Unionist Party MPs have made their position clear on the vote, warning Mrs May they will not honour the “confidence and supply” agreement keeping her government afloat if it passes through parliament.

They would, however, continue to support the PM if the deal was voted down, The DUP's Westminster leader Nigel Dodds said. 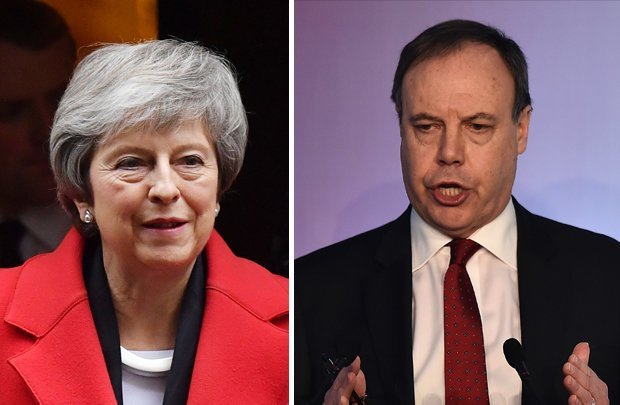 The DUP is unwilling to back the withdrawal agreement over concerns about the backstop agreement, which prevents a hard border in Northern Ireland in the event of a no-deal Brexit.

Legal advice from attorney general Geoffrey Cox, published yesterday, fuelled those fears by suggesting the backstop protocol could allow the EU to argue that only Northern Ireland would need to remain in a customs union.

Differential rules for Northern Ireland and the rest of the UK post-Brexit is a “red line” for the DUP.

The DUP's position heaps further pressure on Mrs May ahead of the crunch vote on the deal thrashed out after months of negotiations in Brussels.

Labour has indicated it will table a motion of no confidence in the Prime Minister in the wake of a defeat on such a pivotal issue for Mrs May.

“The DUP will support the government in a confidence motion”

Tory resistance to the Brexit plan could be bolstered by the knowledge that voting down the deal will not necessarily result in the collapse of the Government given the DUP's stance.

Chief Whip Julian Smith attended a meeting with the European Research Group (ERG) of Brexiteers in Parliament on Wednesday night and was said to be in "listening" mode.

No concessions were offered to would-be rebels, however.

Meanwhile an ERG source said members of the Privy Council – senior MPs and former ministers – had been invited to a briefing with the Cabinet Office's Civil Contingencies Secretariat to be told about the potential impact of a no-deal Brexit.

UPHILL STRUGGLE: Theresa May has vowed to plough ahead with her Brexit deal (Pic: GETTY)

The source suggested it was "outrageous b*****ks" and attempting to "spook grandees is pure bull**** theatre".

The likelihood of defeat, and the further damage that will do to Mrs May's fragile authority, has led to some Cabinet ministers suggesting the vote should be postponed, The Times reported.

Debate on the Brexit agreement will continue in the Commons on Thursday.

Meanwhile, The Daily Telegraph reported that Brussels could be prepared to discuss extending Article 50 – delaying Brexit until after March 29 2019 – if the deal is rejected by MPs.

DISQUIET: Demonstrators for and against Brexit protest opposite the Houses of Parliament (Pic: GETTY)

The entrenched opposition faced by Mrs May on her own benches was made clear at the ERG's meeting in the Palace of Westminster.

The group's chairman Jacob Rees-Mogg told the private meeting: "The DUP will support the government in a confidence motion if the Withdrawal Agreement is voted down.

"But the risk of losing them and having an election is if the Withdrawal Agreement goes through."