The Prime Minister delayed the “meaningful vote” on her withdrawal agreement until the new year over fears she would lose by a significant margin.

She headed back to Brussels to plead with EU leaders and officials for “assurances” and a more favourable deal palatable to MPs across the House of Commons.

Postponing the vote has bought her more time to extract more concessions from the EU.

With parliament in recess for Christmas, government sources believe she has won enough support to get the deal through parliament. 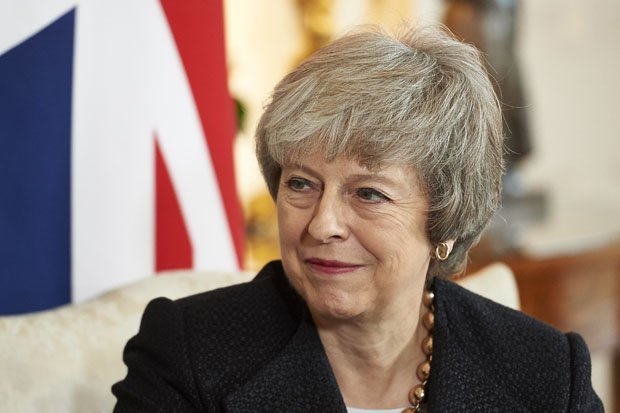 GETTING CLOSER: Theresa May's team believe she is close to getting her deal through (Pic: GETTY)

Rebel Tory MPs fearful of a no-deal Brexit are said to be softening their stance towards her deal as the leaving date, March 29, 2019, draws closer, according the Sun.

“This deal, no-deal or the risk of no Brexit at all,” Mrs May told MPs, giving them an ultimatum before the Christmas break.

But despite growing support among Eurosceptics, one minister said leading Brexiteer Jacob Rees-Mogg is still a “work in progress”, a source said.

They said, in the event the deal does get voted down, Mrs May will bring it back to parliament for another go soon after.

“We can win this vote”

The source added: "Its now very much our expectation that we can win this vote, if not the first time then the second time around."

Britons should "dispense" the titles Leave and Remain and instead "find common ground", Mrs May urged in a letter.

The PM, who has faced a tricky 2018 with dissent to her Brexit plans from Brussels and within her own party, said it is time for differences to be put aside and "focus on what really matters".

Writing in the Daily Express, she suggests the concerns of voters extend beyond Britain's departure of the EU, citing schools, the NHS and housing as examples.

ULTIMATUM: Mrs May has told MPs it's her deal or no-deal (Pic: GETTY)

She wrote: "The sooner MPs agree the right Brexit deal, the sooner we can all get back to dealing with those issues and building a country that works for everyone.

"Because I know that when the British people come together, there is no limit to what we can achieve."

Britain is due to leave the European Union on March 29, two years after the Government triggered Article 50.

WORK IN PROGRESS: Jacob Rees-Mogg is still wavering over whether to back Mrs May, reports say (Pic: GETTY)

But few expect her deal to be approved by a heavily divided Commons, with Eurosceptic Tory MPs strongly opposed to the Irish backstop protocol.

There are fears that Britain would remain tied to the EU “indefinitely” if a deal cannot be arranged by the end of the transition period in 2022.

But in her letter, Mrs May likens the country to a family coming together at Christmas, saying: "It's a time when we find it within ourselves to put aside our differences and focus on what really matters.

"Now, two-and-a-half years after the referendum, it is time for us as a country to do the same."