The EUs rush to clamp down on faulty medical devices is backfiring.

With global regulators accused of failing to protect millions of patients from poorly tested medical implants by the “Implant Files” investigations by the International Consortium of Investigative Journalists, the EU is pointing to sweeping laws already adopted to show its on the case.

From May 2020, manufacturers and the largely private companies that test products ranging from bandages to brain scanners will see a stricter burden of proof and tighter government oversight, a change agreed on in 2017 that regulators say will prevent repeats of past safety scandals such as silicon breast implants rupturing in womens bodies.

But hundreds of thousands of devices look set to go untested under more stringent rules for years longer than intended.

Companies say the pressure of the 2020 deadline is forcing them to make use of a grandfathering clause to avoid certifying products under the new rules for up to five more years. “We are seeing a huge demand for certificate renewals under the [existing regime],” said Gary Slack, senior vice president of medical devices at BSI, a company that certifies products as safe.

“Of course, industry will try to say anything to postpone the implementation” — Biljana Borzan, Croatian MEP

The European Commission stresses that this exemption is meant to apply “under certain conditions” as a Plan B for products that havent made it through the new process by the deadline, to ensure vital products arent pulled off the shelves. But its now becoming Plan A for large numbers of devices as manufacturers and the companies that oversee safety argue they dont have time to prepare.

Some architects of the law say the industry is determined to stall no matter how much warning it is given.

“I think that everyone had enough time to prepare,” said Croatian MEP Biljana Borzan, who helped lead on the new rules for the Socialists and Democrats group in the European Parliament. “Of course, industry will try to say anything to postpone the implementation.”

Theres a real risk that any bottlenecks in re-certifying products could result in “delays in access for patients,” said Nicola Bedlington, secretary-general of the European Patients Forum, in an emailed statement. However, she added: “Extending the grace period for devices under the old rules to 2024 or 2025 is not a feasible solution either from a patient safety or a transparency perspective.” 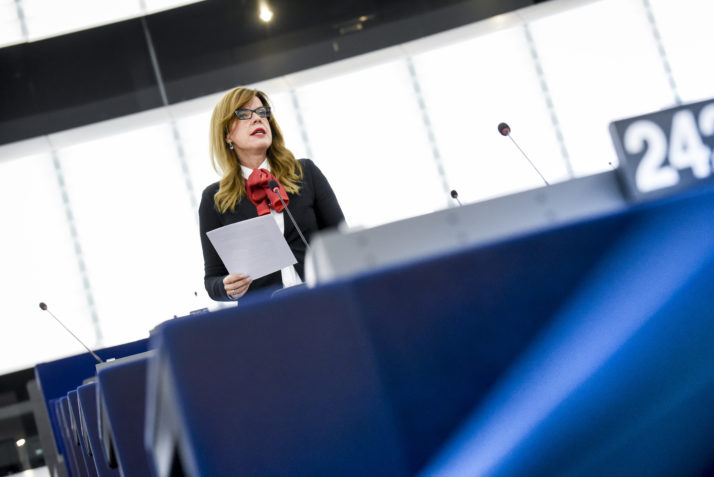 The Commission is standing behind its plans. The exemption clause isnt designed to delay the laws application, a Commission spokesperson said, but to “smoothen the transition to new rules.”

Manufacturers will have to start complying with other elements by the May 2020 deadline, including monitoring products safety once theyre on the market and registration in a new EU-wide database, the spokesperson said.

Industry has been raising the volume on its warnings since the new regulations hit the books.

In May, with two years to go until the deadline, devicemakers lobby MedTech Europe said implementation wasnt on track. Regulations Director Oliver Bisazza warned of “en masse discontinuation of a great many existing medical technology products that the healthcare system has known, used and depended upon for many years” in a blog post.

In October, concerned MEPs pressed European Commissioner for the Single Market Elżbieta Bieńkowska on the state of preparedness, expressing broad skepticism that the new system would be ready in time.

Bieńkowska reassured them that everything is “on track,” adding: “With this regulation … EU citizens will receive really the most reliable, the most innovative and the safest health care in the world.” 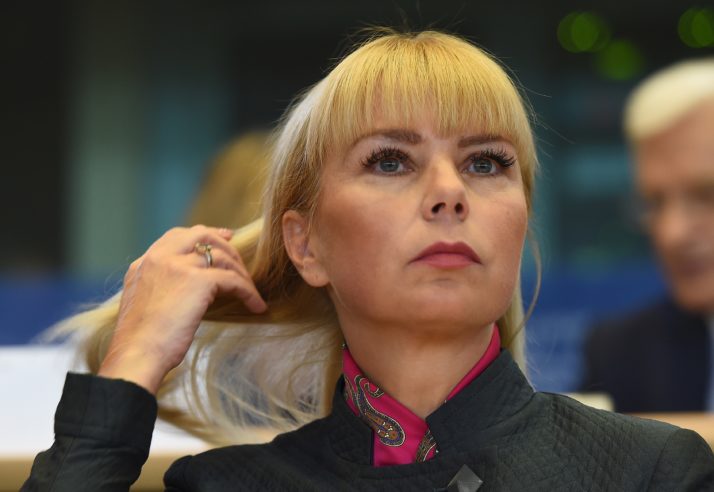 She described the grandfathering clause as a “specific exemption mechanism” that will let new products approved in advance of the May 2020 deadline stay on the market until 2024, and existing products that have been recently reapproved continue to be used until 2025.

The clause can be used for most products provided they dont change in design or purpose. Devices that have a higher risk classification under the new rules — including those that use electricity to restore a bodily function, like a defibrillator — arent eligible, but that would only apply to a “relatively small portion” of products on Europes market, according to analysts.

As BSI hears from devicemakers about their plans over the next two years, the “majority” are “in the main looking to re-certify more of their products [under the older directives] and put less through the [new regulations],” said Slack. U.K.-based BSI is among Europes biggest notified bodies, the name given to the mostly private companies charged with assessing whether medical devices are safe and effective.

TÜV-SÜD, a leading notified body based in Germany, said it is preparing for its clients to take a similar approach. “All (or at least the majority of) manufacturers” with products whose existing approvals expire between 2019 and 2023, are expected to submit applications for renewals under the old rules while they still can, according to Bassil Akra, a TÜV-SÜD vice president in charge of medtech.

There are around half a million different types of medical devices made by more than 27,000 companies on the EU market, and all of them will need to pass scrutiny by a notified body to remain available. Both Slack and Akra argue companies decisions are designed to hedge against a tight timeframe rather than an attempt to skirt the new requirements.

“It is a shame. Had that runway been a little bit longer, you might have seen a quicker uptake of the regulation,” Slack said.

“It does not help anyone if it means that surgical instruments are no longer available because of administrative difficulties” — Gesine Meißner, German MEP

MedTech Europe canceled an interview with Bisazza for this article and did not respond to requests to reschedule.

Much of the criticism from devicemakers has been directed at the fact that notified bodies must themselves be reapproved to certify products under the new regulations. That has eaten into much of the year and a half since the new rules were signed off on, with only a few of the nearly 60 notified bodies around the Continent expected to gain approval by early 2019 — BSI among them. TÜV-SÜD is also in the late stages of the process, but Akra said the timing for a final decision by regulators is something of “black box.”

Some MEPs say the industrys response is relatively predictable, if disappointing. While negotiating the legislation, Parliament called for old approvals to be valid for just two years, but the Council insisted on the five-year period agreed.

“We already did a step back,” Borzan said in an interview. “You give them more [time] and they just want even more.”

Others have pushed for an extension to the May 2020 deadline, in line with industrys concerns — arguing that it may be necessary to ensure the supply of products, including some common-use items like scalpels that cant be grandfathered under the old rules.

“It does not help anyone if it means that surgical instruments are no longer available because of administrative difficulties,” said German Liberal MEP Gesine Meißner in a statement in October. “Changing the date of application would theoretically be easy.”

The new regulation doesnt represent a “seismic” shift in safety standards from the current directives, according to Slack. He said the EUs existing rules were already tightened substantially in the wake of the breast implant scandal.

“Its probably been more of a challenge for manufacturers to some extent to stand up to the directives as they stand now,” Slack said. Efforts to shore up the existing law resulted in many subpar notified bodies being put out of business: the total shrank from 79 to around 60 since 2013. Only 34 have applied to keep operating under the new rules, Bieńkowska told Parliament in October. 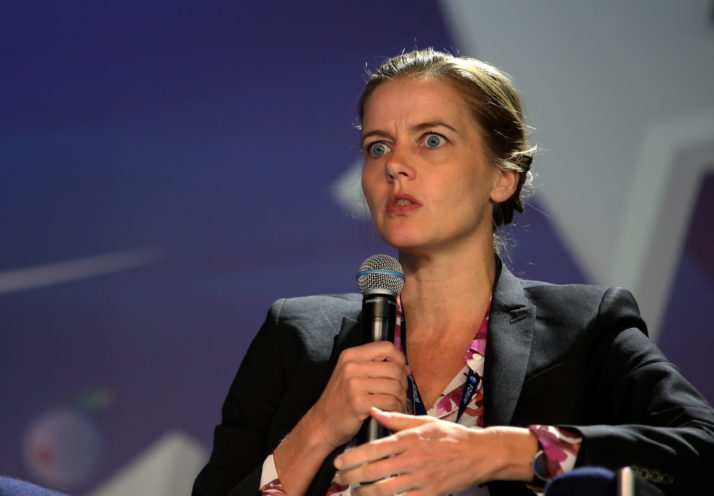 However, while the older directives strongly encouraged manufacturers to take steps like collecting clinical data on products once theyre in use, for example, the new regulations require that.

Data collection “is costly and takes time, and sometimes it has not been done,” said Françoise Schlemmer, director of Team-NB, the Brussels lobby for notified bodies, though it is “essential to ensure the safety and performance of the device.” She added, “re-certification is probably requiring less work from the manufacturer.”

With the Implant Files investigations raising public outrage, governments have also been prompted to back swift implementation of the new rules. Spain and Denmark put the issue on the agenda of Decembers Health Council in Brussels.

“We cant allow for any delays because weve spent years negotiating these regulations, and it would look very bad if we cant comply with the timetable for implementation,” Danish Health Minister Ellen Trane Nørby told her counterparts.

UPDATE: This story has been updated to reflect evolving policies from notified bodies.

Read this next: Ken Clarke: My complacent generation sowed seeds of populism