The value of a Brexit deal is dropping by the day.

With three weeks to go until Britains scheduled EU departure, many U.K. businesses are already feeling the impacts of a no-deal Brexit.

Industry has spent hundreds of millions on contingency plans it will not be able to recoup even if a last-minute deal can be done, and U.K. firms are already reporting drops in sales, exports and investment. Farmers are also watching contract orders for this years harvest dry up.

Theresa Mays government is still seeking changes to the controversial Northern Ireland backstop mechanism — designed to avoid a hard border on the island of Ireland — that will satisfy skeptical MPs when the Brexit deal returns to the House of Commons for a second “meaningful vote” next week. But even if MPs approve the deal, the impact of months of uncertainty means that much of the economic damage of a no-deal Brexit has already come about.

“The specter of no deal is holding them back from investing in new factories, new overseas markets and new jobs.” — Rain Newton-Smith, CBIs chief economist

According to a survey released Thursday by the Confederation of British Industry, there was widespread concern among 273 firms across the services, manufacturing, and distribution sectors about the impact the prospect of a no-deal is already having on sales and investment.

The findings are backed up by U.K. government figures showing that domestic business investment has fallen for three consecutive quarters. The last time business investment fell for more than two quarters was in the aftermath of the 2008 economic crash.

“With Brexit stuck in stalemate, this only means growing damage today and a weaker economy tomorrow. Growth is at a near standstill and investment is evaporating; the economy is undoubtedly slowing down,” said CBIs chief economist Rain Newton-Smith. “The specter of no deal is holding them back from investing in new factories, new overseas markets and new jobs.”

One example is in future contracts for agricultural goods. Matt Culley, the owner of a 300-hectare farm close to Andover in southern England, has spent the last four years exporting premium grade malting barley to buyers supplying the German beer industry. 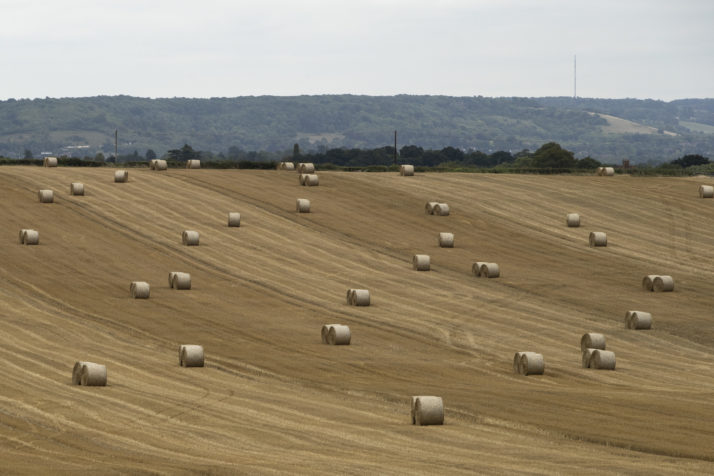 Usually, all of his crop would have been bought up by now, even before all his fields have been planted. But not this year. Demand has dropped off and he is pondering how much land to leave fallow.

Over half of the U.K.s 7 million ton barley harvest is exported to the EU. The worry for potential buyers is that if there is no deal, then the U.K. crop will be subject to tariffs.

“They are not taking or signing any new contracts for surplus I may have,” Culley said. “My question is: Do I plant all of the land or not? … Do we blindly go planting hoping it all comes right, even if the price might not be there?”

Jack Watts, chief combinable crops adviser for the National Farmers Union, said the uncertainty is affecting many crops beyond barley. “All this uncertainty has implications on the 2020 crop,” he said. “Typically farming would be looking to get contracts on board now.”

Phil Bicknell, market intelligence director at the Agriculture and Horticulture Development Board said beef prices have begun to dip as well due to fears that market access to the EU will be cut off in the event of no deal. Beef prices have fallen 10 pence to £3.44 per kilo, he said, compared to the same period a year ago.

A key issue for many sectors is uncertainty over the terms of trade that will operate after March 29. While the U.K. has sealed deals to roll over existing EU trade terms with the likes of Switzerland, Chile and a handful of other countries, it has yet to seal deals with lucrative markets like Japan — let alone sign new trade deals. The government has also postponed an announcement about the tariff schedule that would apply in a no-deal scenario until after the Commons vote on the Brexit deal next week.

“Its difficult if youre buying new clothes, books or electronic devices and you know the taxation is going to be higher, but not by how much” — Pauline Bastidon

“We will communicate a decision on market sensitive information to stakeholders and the public as soon as possible,” a government spokesperson said. “We will need to balance a number of considerations to avoid potential price rises for consumers and manage the impact on producers that rely heavily on supply chains as well as those who are currently protected from global competition by import tariffs.”

But that doesnt help importers making decisions now on future purchases or exporters who dont know what trade terms other countries will apply.

“Its difficult if youre buying new clothes, books or electronic devices and you know the taxation is going to be higher, but not by how much,” said Pauline Bastidon, from the U.K.-based Freight Transport Association. “It could go as high as 35 or 40 percent in certain cases. [Exporters] cant do anything about it, but what they could have is clarity to calculate the total cost.”

Shipping times to Asia are around six weeks, so companies shifting British cars, gourmet snacks or electronics by sea have not been sure for weeks now of the trading regime their goods will encounter when they reach their destination.

In the coming days, products bound for the Middle East and India will also fall within that sphere as the exit date nears. “The horizon of nations is extending the closer we get to Brexit date,” said Bastidon. 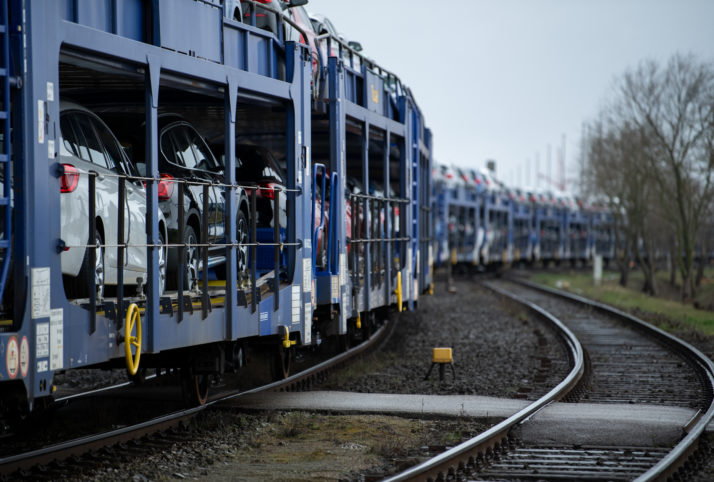 Should the deadline arrive without an extension or without a withdrawal agreement, any cars being exported to the U.K. would be hit by standard tariffs that are set by the World Trade Organization | David Hecker/Getty Images

Bentley, for example, sends 60 percent of its cars to markets beyond the EU, with shipments primarily departing in vessels from Southampton. Aston Martin and Jaguar Land Rover follow similar export routes. If the U.K. is operating under World Trade Organization rules by the time these shipments arrive, their products will be subject tRead More