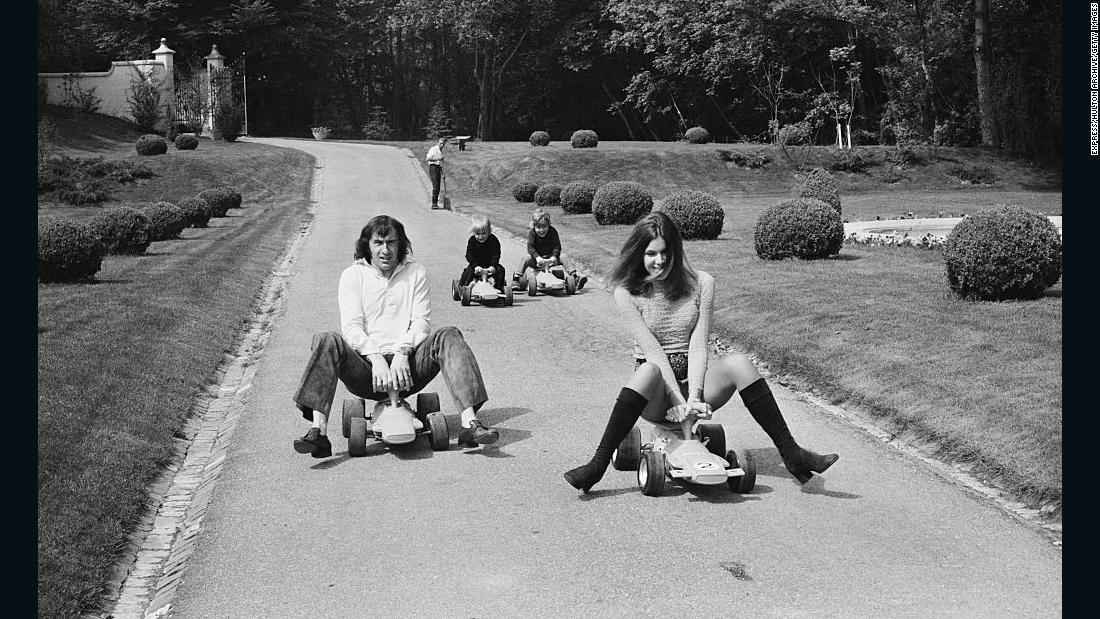 When his wife Helen flipped her Smart car into woodland near the family home, he pored over the evidence for an explanation for the crash: a burst tire or a stray deer running across the road initially seemed the likeliest explanations.Follow @cnnsport

In the end the answer proved rather more complex and harrowing — a diagnosis of frontotemporal dementia (FTD), which is an umbrella term for a group of degenerative disorders that damage the cells in the temporal and/or frontal lobes of the brain.The disease is typically diagnosed in people in their 50s and 60s, but can strike people in their 40s or younger.It affects areas of the brain responsible for reasoning, communication, social awareness and memory, causing changes in personality and judgment.Although its symptoms can vary depending on the parts of the brain affected, FTD eventually leaves a patient in a state of confusion and helplessness. It also leaves affected families feeling helpless.

Five years on after his wife's diagnosis, Stewart knows this is a fight in all likelihood he and Helen will not win."This is my biggest battle," he told CNN Sport from the family home in Switzerland where he has relocated to ensure the best care for his wife — there is a private hospital just 300 yards down the road and she has round-the-clock care at home."This is a truly global issue. There are 50 million people in the world and there's no cure and no preventative medicine. In the past 30 years, we've seemingly not got closer to finding answers."In the search for his own answers, Stewart took a different approach to the disease, setting up Race Against Dementia, which aimed to raise $2.5 million towards research in the disease. Already the initiative had raised over $3.5 million.He has traveled to the best medical facilities around the world and will use the money raised to date to fund five PhD students looking into finding a cure and potentially preventative measures.Visit CNN.com/Sport for more news, features and videos"I would have helped anyway but Helen's illness has made me even more driven to help," he said. "What's happening with the culture that currently exists hasn't worked so we need a change of approach. But the establishment doesn't like change."

Search for a Bill Gates

This year marks the 50th anniversary of the first of Stewart's three world titles and he draws parallels between his racing past and his current situation."Take Formula 1," he said. "In modern times, there are four people really that have changed the sport: Gordon Murray, Ross Brawn, John Barnard and, most recently, Adrian Newey.READ: The top 10 most iconic F1 cars"It's taken just four people to flip things on the head. In business, look at say Bill Gates or Steve Jobs. All you need is a different mind, and a different approach. In the race against dementia, it's no different."Stewart plans to bring an F1-influenced approached to his PhD students. He will dress them in the finest clothes as though prepped for a business meeting and has also got F1 teams McLaren and Red Bull both involved in the charity. In addition, he wants to add an F1-style emergency to the approach.In trying to change the dynamics around dementia research, Stewart also references his own former fight for improved F1 safety having led the way for the safer sport enjoyed by drivers on the grid today."Back then, the establishment didn't want to recognize the problem or to change," he said. "In those days, if there was a car fire there weren't the extinguishers to put it out. Okay, they had extinguishers but for a small barbecue not a Formula 1 car full of fuel and on fire."It was the same with the lack of run-off areas or telegraph poles or what have you. It didn't take Einstein to work out how to Read More – Source