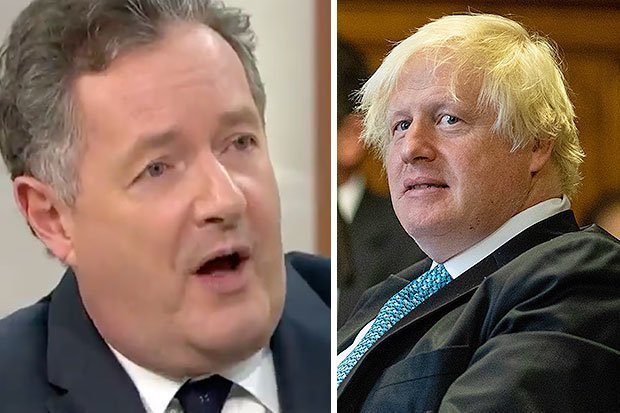 MPs are voting on parts of Mrs May's Brexit deal today in a third attempt by the PM to force an agreement through the Commons.

Mr Johnson, a long-time critic of the PM's deal, this morning said he would support it tonight even though it would be "very painful".

A host of Brexiteer MPs previously opposed to Mrs May's deal are set to vote for it today to avoid the prospect of a long delay to Britain's EU departure or a second referendum.

But pundits are still sceptical about whether it has enough support to pass, with the Northern Irish Democratic Unionist Party unlikely to change their voting stance.

This morning Mr Johnson said he had taken the "painful" decision to back a deal he once claimed would leave the UK as a "vassal state" because defeat for the Prime Minister would risk "an even worse version of Brexit or losing Brexit altogether".

“It is very painful to vote for this deal. But I hope we can now work together to remedy its defects”

And Mr Johnson wrote on Twitter: "I have been and remain intensely critical of the deal. But we have a choice to make now, and that means choosing between options that actually exist.

"I have come to the sad conclusion that neither this Government nor this Parliament is willing to leave with no deal. We therefore run the risk of being forced to accept an even worse version of Brexit or losing Brexit altogether.

"A bad deal that we have a chance to improve in the next stage of negotiations must be better than those alternatives.

"It is very painful to vote for this deal. But I hope we can now work together to remedy its defects, avoid the backstop trap and strive to deliver the Brexit people voted for."

And yesterday he laid into Boris again, accusing him of changing his mind as hRead More – Source