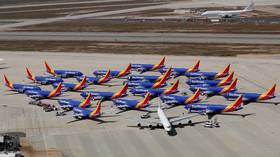 This week, the Boeing corporation admitted the faulty 737 MAX 8 MCAS maneuvering system contributed to two fatal crashes – in Indonesia last October and in Ethiopia this March. The accidents killed over 300 people combined. Aside from that, the Federal Aviation Administration (FAA) admitted it actually delegated the review of the system to the company itself. Now both the company and the watchdog brace for consequences – and they will likely be quite heavy, experts believe.

The Boeing corporation “should definitely be liable for an exemplary judgement” over the 737 MAX scandal, an independent international affairs and aerospace industry analyst, Alessandro Bruno, believes.

“[Boeing] cut corners in the design of the airplane to accommodate a larger engine, which changed an aerodynamic performance of the aircraft and it used an electronic sensors and software to correct for this aerodynamic difference without really letting the pilots know – or the airlines,” Bruno told RT.

One of the reasons for that was such as that plane could have been certified quickly and sold just as another Boeing 737, which would allow the pilots and airlines to operate it without having to take retraining.

If such allegations are proven to be true, the company will likely face very heavy consequences, aviation lawyer Ron McCallum said.

“If evidence emerges that Boeing engaged in such conduct in an effort to deliver the aircraft to these airlines in a hurried fashion and it intentionally or negligently skipped key safety and software testing and certification in terms of the MCAS system, I could see a high likelihood that Boeing will suffer punitive damages in the litigation that has already begun,” McCallum told RT.

While the scale of the scandal itself is too large for Boeing to get away lightly, another circumstance makes it even worse for the company, Bruno believes. The Ethiopian crash killed Samya Stumo – a grandniece of a prominent consumer protection activist and attorney Ralph Nader.

“Ralph Nader – we can consider him as the inventor of a lawsuit against a corporation,” Bruno stated. “He's the one responsible for Ford stopping production of Ford Pinto, that had an exploding gas tank. Ralph Nader literally wrote a book on how to sue companies and corporations.”

I think, he's going to play a big role in making sure that Boeing pays a very hefty fine.

The Boeing 737 MAX scandal will also have heavy repercussions for the Federal Aviation Administration (FAA) which delegated a review of the plane's new safety system to the company itself, Bruno believes. The fallout of the whole affair might also affect other US government agencies – and the whole system – as well.

“I think the FAA will also be under scrutiny. Perhaps in this case it was not so much the fault of the individuals, but the government cuts. I'm sure the FAA is also under financial pressure, with fewer people working and doing the checks and spending less money,” Bruno said, adding that other agencies, that imposed such a work mode on the FAA should also be held responsible. 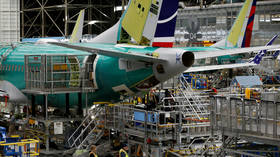