LONDON — The U.K. government sought advice on a plan to procure cross-Channel train services to deliver vital supplies such as medicines in the event of a no-deal Brexit, a Department for Transport contract shows.

Chris Graylings department in January hired an external engineering consultant to give “technical expertise on rail freight operations” as it looked at ways of alleviating pressure on ports caused by no-deal disruption.

The DfT has already spent more than £100 million procuring additional cross-Channel ferry sailings to bring in supplies away from the main pinch-point at Dover.

While no government contracts were eventually awarded to bring in goods by train, and there are no active plans to do so, government officials said that in a no-deal situation, freight capacity would continue to be monitored and all options could come under consideration again.

Any congestion in the event of no-deal is expected to be concentrated around the Dover Strait entry points to the U.K. and continental Europe, so using the Channel Tunnel to move freight may not be a viable option, officials say. But the government is not ruling out reactivating the plan if, in a no-deal scenario, it is viewed as likely to help. 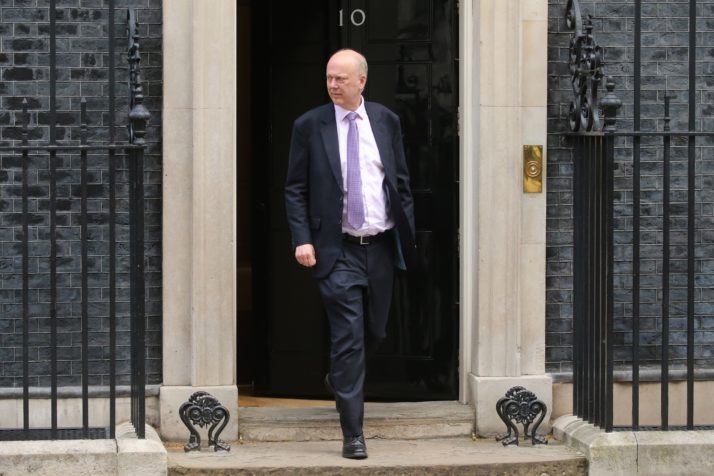 The risk of a no-deal Brexit on April 12 appears to have decreased after Prime Minister Theresa May said she would ask EU27 leaders for a further extension to the Article 50 negotiating period at a summit next week. However, EU leaders must agree unanimously, and even if they do, the continued failure of the U.K. parliament to ratify a Brexit agreement means that no-deal cannot be ruled out at a later date.

The DfTs ferry contracts led to a string of embarrassments for Grayling. One was scrapped after it transpired the firm in question, Seaborne Freight, owned no ferries and had lost support of a key backer, and then the government had to pay £33 million to settle a legal challenge from Eurotunnel, which complained the contracts had not been put out to a competitive tender.

According to a separate contract posted last week to a government archive, the DfT looked at the option of rail freight to bring in supplies. Its contract with London advisory firm Steer Group, awarded on January 29, was valued at up to £100,000 but the Department for Transport said significantly less has been spent.