Finlands Social Democrats are in a strong position to take power in Sundays parliamentary election, after a campaign centered on welfare provision.

The campaign has in many ways been a traditional right-left battle. The Social Democrats have sought to portray themselves as reliable custodians of Finlands extensive welfare state, making clear they are willing to raise taxes to maintain public services.

“We have to ensure that those in the worst situation in society, they are the ones we help first,” party leader Antti Rinne told national broadcaster Yle.

Rinnes fortunes contrast with those of Prime Minister Juha Sipilä, whose attempts at cost-cutting and privatization foundered amid a public outcry and stiff opposition in parliament. In March, Sipilä, leader of the Center Party, resigned after abandoning plans for an overhaul of social welfare and health care. He stayed on as PM in a caretaker capacity.

“The social welfare and health care reform was one of our governments most important objectives,” Sipilä said at a press briefing last month. “The snapshot of the situation that I got from the parliament obliged me to examine if there was a possibility of continuing the reform process. There wasnt.”

“Most Finns now seem just to want to be assured that there will be no more significant cuts affecting their everyday lives” — Thomas Karv, political scientist

“My conclusion was that my government had to hand in our note of resignation,” he added. “I take my responsibility.”

Despite having returned the Finnish economy to growth, Sipilä has struggled in opinion polls.

“After a four-year period characterized by very unpopular decisions, including cuts to education and employment benefits, most Finns now seem just to want to be assured that there will be no more significant cuts affecting their everyday lives,” said Thomas Karv, a political scientist at Åbo University.

The Social Democrats are ahead with 19 percent support, a poll by Yle published on Thursday showed, with the Center Party back in fourth on 14.5 percent. The far-right Finns Party were in second with 16.3 percent, and in third was the center-right National Coalition Party (NCP) — the Center Partys junior government partner — on 15.9 percent. 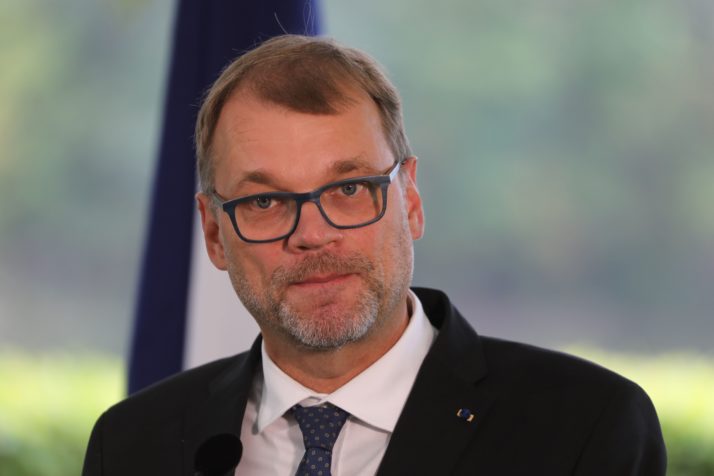 Negotiations with the latter two could be difficult as they have entrenched differences on fiscal policy.