How can we determine conclusively whether a chemical is safe?

Thats the question Jerry Heindel, a top health scientist in the United States government, wanted to answer. And what better chemical to ask this question about than bisphenol A — one of the most researched chemicals in the world, and one of the most controversial.

BPA, as the chemical is known, is an industrial additive essential in the production of many plastic consumer goods: water bottles, plastic food containers, dental products. And yet, despite hundreds of studies dating back nearly a century, theres no scientific consensus on whether BPA is harmful to human health.

Thats in part because any effects the chemical has would be long-term, complicated and hard to detect. But its also because academic scientists and government regulators disagree on how best to evaluate the safety of chemicals.

The solution Heindel — at the time a health science administrator at the U.S. National Institute of Environmental Health Sciences — came up with was to design a study that would pull the two warring factions together in a single effort to assess the safety of BPA.

This is a story about what went wrong, and why scientists are no less sure than before about whether BPA is safe for human consumption.

Launched in 2012, Heindels study is the largest safety analysis ever attempted on the chemical. It mobilized scores of scientists and cost tens of millions of taxpayer dollars.

It has also failed, so far, in its goal of bridging the divide between scientists, imploding into acrimony last year when preliminary results published by the U.S. Food and Drug Administration sparked protests from the academics involved. A final conclusion on the safety of BPA also remains out of reach.

This is a story about what went wrong, and why scientists are no less sure than before about whether BPA — a chemical most of us probably have in our bodies — is safe for human consumption.

Rising worries about BPA coincided with the proliferation of plastics into every part of our economies and lives.

The word “plastics” covers a gamut of synthetic materials that are easy to manufacture, cheap to produce, and — with the help of chemical additives and processes — incredibly versatile. First mass-produced in the beginning of the 20th century, by the 1950s the material had became integral in everything from clothes and cars to furniture and food packaging.

“At the beginning it was just convenient to build a useful material,” Ninja Reineke, a senior policy adviser at the advocacy group ChemTrust, said. “They didnt take into account the potential implications.”

Researchers had known as early as the 1930s that BPA has a strange side-effect: It weakly mimics the hormone estrogen, which regulates the female reproductive system. But this curious consequence didnt stop petrochemical companies from using it — and using it a lot.

BPA is essential for the production of two blockbuster plastics: Epoxy resins, used as coatings for everything from electrical cables to shop receipts, and polycarbonate plastic, a hard, clear substance that has come to replace steel or glass in products from cars and electronics to water bottles and Tupperware.

By the late 1980s, nearly half a million tons of BPA were being produced per year in the U.S. alone.

Then, in 1992, scientists at Stanford University discovered that the chemical was “migrating” from the plastic, meaning it could be leaching from packaging into food or drinks and then into our bodies. 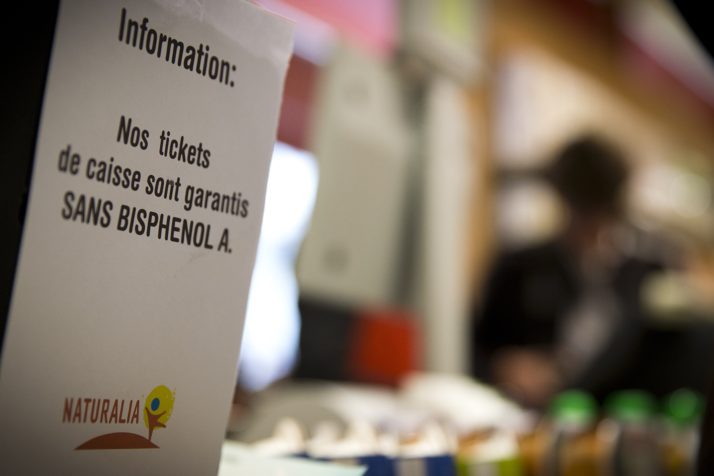 In the early 2000s, a survey found BPA in the urine of more than 90 percent of Americans tested. What it couldnt say was whether that was a problem.

Evaluating the safety of substances that affect the hormone system, like BPA, is hard because they dont behave like most chemicals.

Traditionally, chemical regulation and the science it is based on rests on the assumption that the higher the concentration of a chemical, the more harmful it is. The dose makes the poison.

But a growing number of scientists believe that some widely used chemicals dont follow this trajectory, and can disrupt our hormonal systems even at very low levels. For these chemicals, they argue, setting strict exposure limits — a common form of regulation — is ineffective.

Effects on the endocrine system — which through a crowd of hormones regulates our metabolism, growth and development, tissue function, sexual function, reproduction, sleep, and mood — can be hard to trace, because the balance of hormones in the body is precarious and affected by many factors.

And yet, amid all this noise a signal is emerging, according to the members of the Endocrine Society, which is made up of some 18,000 scientists around the world who study the endocrine system: Endocrine-disrupting chemicals like BPA are wreaking havoc on our bodies.

“They can really program your genes and development differently” — Ninja Reineke, a senior policy adviser at ChemTrust

The negative effects listed by the Endocrine Society include reduced fertility, diabetes, obesity and prostate cancer for men, and breast cancer for women.

Those concerned about endocrine disrupters say this group of chemicals has a number of unusual properties that make them behave similarly to hormones: Not only can they cause adverse effects even in very low amounts, these effects dont necessarily have an obvious trajectory curve when you increase the dose.

Instead of a steadily increasing linear graph, the charts used by scientists to illustrate their effects often wiggle like a sine curve.

Members of the Endocrine Society say the effects of chemicals like BPA dont always show up immediately. Hormone balance is most critical for fetuses and babies. Too much or too little of a hormone — or one of its mimics — early in life can throw off the development trajectory.

“They can really program your genes and development differently,” Reineke from ChemTrust said. “But it may not be obvious until later in life.”

So far, these findings — most of them made by scientists conducting research in universities — have failed to sway the government bodies that regulate chemicals like BPA.

Studies given the most weight by the FDA have to abide by a stringent set of bookkeeping requirements and laboratory best practices. This set of “good laboratory practices” (GLP) originated in a push to make sure that scientists werent cutting corners or faking data, but has since become the gold standard for regulators.

But while good laboratory practices are the norm for scientists working at the FDA or in industry-funded labs, many academics dont have the resources to meet their stringent requirements. Besides, academics have their own gold standard: peer-reviewed journals and university oversight.

The result is a culture clash that can sometimes produce wildly different conclusions — with regulators often discounting studies conducted by academics when assessing chemical safety.

“[Regulators] tend to put much more weight on studies that have been done according to guidelines, with lots of animals and the kind of record-keeping that allows them to repeat,” said John Bucher, from the U.S.s National Institute of Environmental Health Sciences. “Those kinds of studies are rarely done in the literature.” 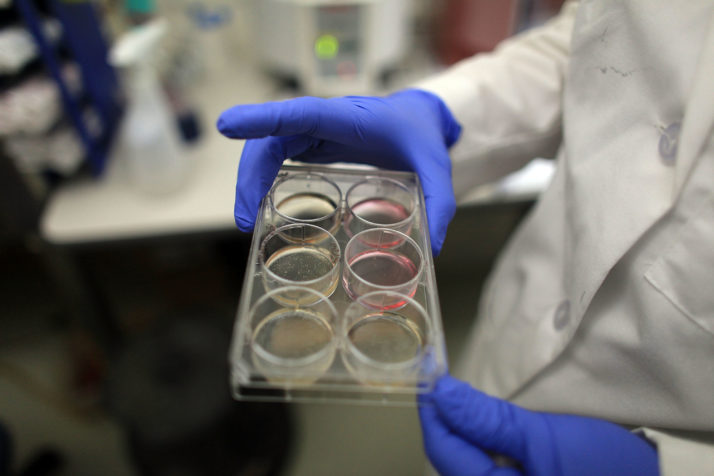 The U.S. FDA has assessed the chemical multiple times at the point | Spencer Platt/Getty Images

The clash is particularly acute in the debate over BPA. The FDA has assessed the chemical several times. Each time, it has found that its safe at the levels in which it is present in food.

In the FDAs latest review of studies dealing with BPAs potential health impacts in 2014, the agency looked at hundreds of studies, including dozens that found cause for concern at low doses, conducted mostly by university scientists. It determined that only four of them met the standards for setting policy. None of the four found low-dose effects.

An FDA spokesperson said the review was carried out using “predefined, scientifically supported criteria for ranking each study,” and that even if many studies didnt meet the bar for setting regulatory values, “some studies were identified that did contribute qualitative information to support general conclusions” about whether BPA was harmful. The spokesperson added that extensive reviews of “low-dose” literature on BPA indicated that fears about the chemicals low-dose effects are not warranted.

Academics in response accused the FDA of cherry-picking data to support a preconceived conclusion. They also said that by not considering the work by university researchers, regulators are ignoring some of the best science on chemicals.

“The scientific apparatus worldwide is more advanced than its ever been, and yet its being largely ignored in chemical regulation,” said Thomas Zoeller, who studies thyroid hormone action and brain development at University of Massachusetts Amherst.

The main point of disagreement is over what exactly indicates a negative effect.

When determining the impact of a chemical on a specific organ, scientists use an array of “endpoints,” or markers of health effects, to track any changes. These could be the weight of an organ, the development of tumors or lesions, indicators of a disease, or an increase in the release of a bodily fluid or hormone, to name a few.

The FDA maintains a list of “validated” endpoints, which it says are acceptable because the effects can be replicated and they “best characterize risk” posed by a chemical. Before a chemical is identified as hazardous, the FDA said, it must proven that it has not just an effect, but a negative effect, on the body.

Some academics disagree with the FDAs approach. The agencys endpoints look mostly for “gross abnormalities,” according to Heather Patisaul, who studies endocrine disruptors and the brain at North Carolina State University.

For example, one traditional endpoint for studies on brain development is the weight of the brain — if a chemical causes smaller brains to develop, its pretty likely that something is wrong.

But academics like Zoeller and Patisaul say many traditional endpoints wouldnt pick up the subtleties that a disruption of the endocrine system could cause.

“Theyre using such an insensitive marker,” said Zoeller. “Brain weight doesnt reflect brain function. Its like, if the engine isnt working in your car, its not really going to be informative to pull the engine out and weigh it.”

They point out that the FDAs endpoints list hasnt been updated in decades, since before the debate about endocrine disrupters or low-dose effects began. Instead, they advocate what they call more “modern” endpoints, which focus on signs of specific diseases.

Enter Jerry Heindel. His idea was to combine regulator-approved practices with academic expertise and modern endpoints.

Have the FDA raise and treat enough animals to satisfy the criteria for their study, and then once theyve done their research, ship some of the rats off to independent specialists, who can then take a look. At the end, both sides could combine their findings and determine once and for all whether BPA is safe.

The projects unwieldy name — the Consortium Linking Academic and Regulatory Insights on bisphenol A ToxicitY — was shorthanded to the CLARITY study in an optimistic nod to its goal.

Funded by the U.S. government, the study has in the seven years since its inception attracted the attention of regulators around the world, both for its work on the specific chemical and as an experiment in bridging the rift between academic and regulatory studies. 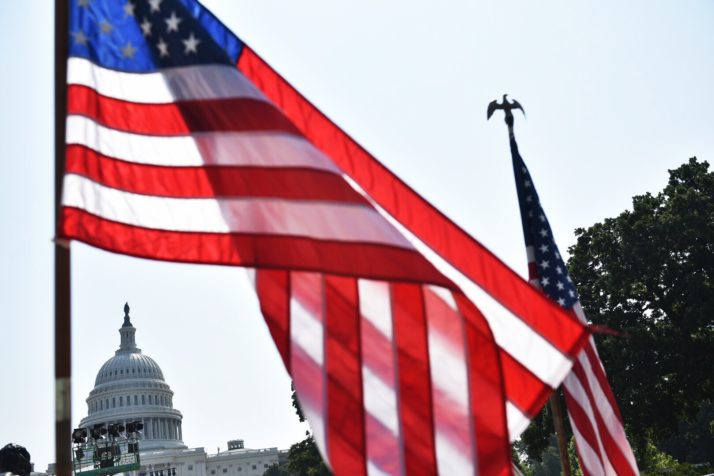 The U.S. government has funded the CLARITY study | Mandel Ngan/AFP via Getty Images

The European Food Safety Authority, notably, postponed its plans to re-evaluate the safety of BPA until the CLARITY study was published. The agency has also assessed the safety of the substance several times, arrivingRead More – Source