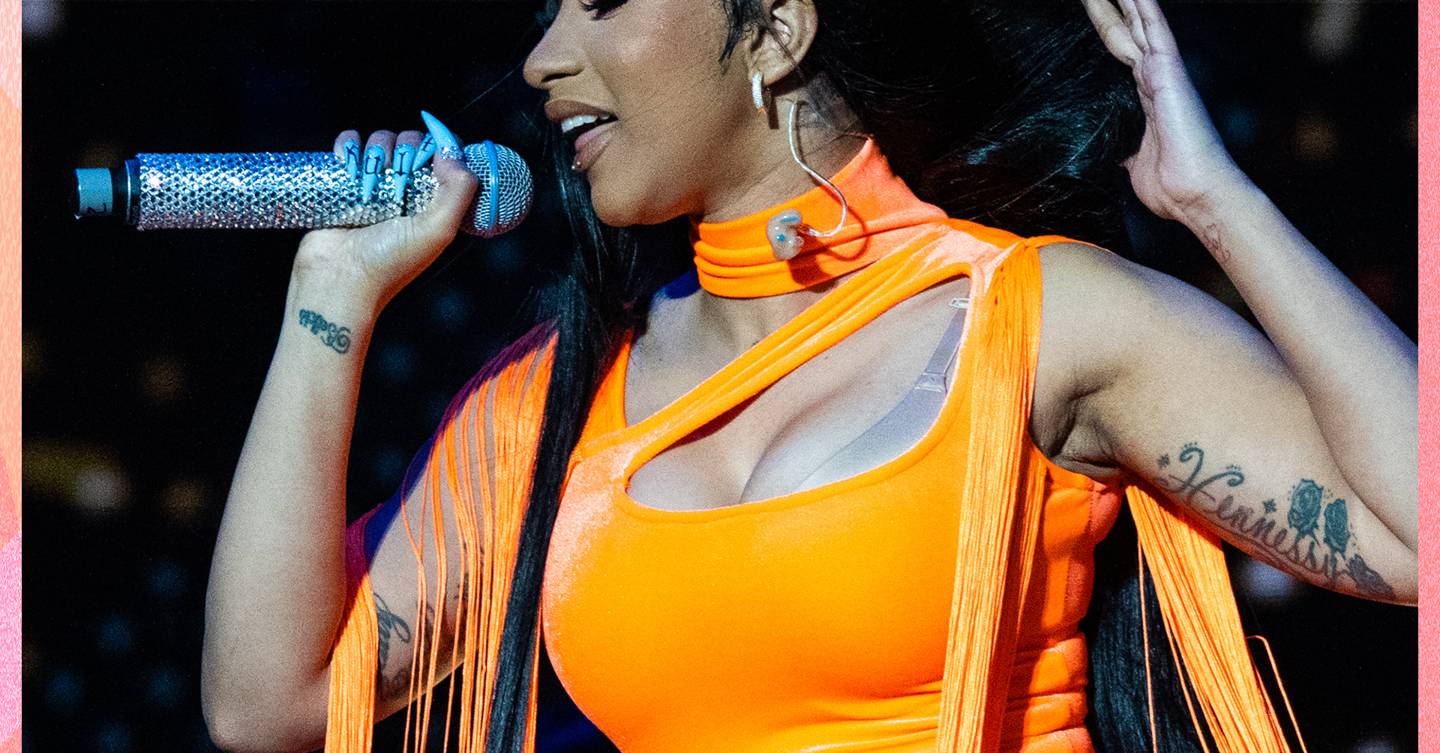 Cardi B is a big fan of wigs. From waist-length rainbow waves to mint-green lobs, the rapper has relied on them to make quick, high-impact changes to her look. And considering she has so many, you'd think she could spare one — but apparently not.

On Saturday, Cardi posted a video to Instagram shot from the audience of her Wireless Festival show in London. In it, we see her onstage literally snatching her own wig in a moment of performing passion, only to then throw it into the screaming crowd. She continues to perform in her wig cap, seemingly unfazed, but she obviously regretted letting go of the long, black hair later. "I GOT CARRIED AWAY …….I want my wig back," she wrote in the caption, hoping the fan who caught the wig would see the post. "Dm me."

. U may have pulled off. The greatest move in hip hop

," while British singer Ray BLK wrote, "Too late its already on eBay sis

." Others agree that whoever caught it must be auctioning it off, with one fan writing, "They gonna sell it on eBay by the strand

this was too good

," and another thinks Cardi is about to be inundated with messages from people claiming they were the ones who caught it, saying, "Everyone finna be in ur DM talking bout they got your wig." As of now, though, Cardi hasn't said whether or not she's gotten any legit offers to return it.

Honestly, I can't blame Cardi for wanting it