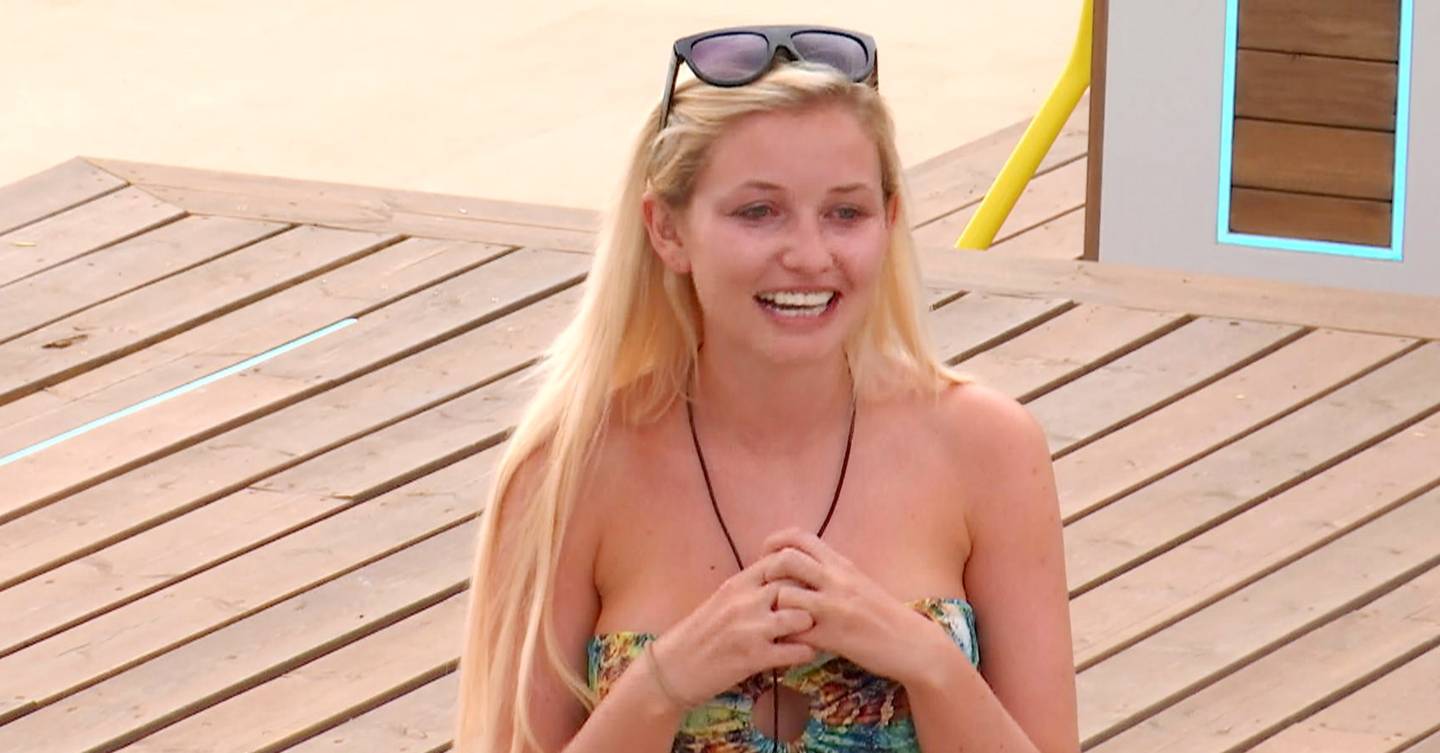 On last nights episode of Love Island, Amy Hart announced that she would be leaving the villa – heartbroken, but dignified. She should apparently be arriving home today, after the customary lockdown any contestant goes into after a departure. She will soon know what four million of us have been saying about her since she touched down in Majorca with a white suitcase of bikinis.

I hope she will see the flurry of tweets from people who were genuinely touched and impressed by the way she handled her exit from Britains favourite reality TV show. Her exit was done with respect, dignity and love. She graciously did what she had to do and removed herself from an agonising situation.

We could all learn a little something from Ms Amy Hart – from her instinct to protect herself, from her decision to go home, from her poised delivery of a heartfelt farewell speech. We would all do well to behave so graciously, if wed had our hearts broken on national TV. I dearly hope she is relieved, safe and surrounded by people who love her by now. I hope she is open to love and I hope she meets the prince of a man she deserves.

As we know, flight attendant Amy was originally coupled up with fop-haired professional ballroom dancer, Curtis Pritchard. They had an affectionate, happy few weeks together (which every Love Island contestant will tell you counts as several months in real time). In a steaming hot tub, with his microphone slung around his neck, Curtis asked Amy to be his “half-girlfriend”. It was a commitment of sorts; a declaration of genuine romantic feeling. They quickly cast themselves as the mum and dad of the villa, claiming stability and dependability in a group of tanned, toned romantic hopefuls. Then, of course, the girls moved into the notorious Casa Amor, where Amy stayed steadfastly loyal to Curtis while he tried unsuccessfully to woo Jourdan. He confessed that hed been lying to the nation, to Amy and to himself. He broke it off with Amy, despite her rather sweet promise to work on forgiving him for his betrayal. Here we are, days later, with Amy out and Curtis free to crack on.

This was Amys first real foray into love. At 26 years old, she had not had a boyfriend before. Curtis was her first real love interest. She fell for him with a familiar, almost teenage sort of abandon and the fallout has been excruciating. Everyone knows your first heartbreak is uniquely painful. She had to go through hers on national television, without any of her usual support network to catch her. It has been genuinely wrenching to watch Amy fall apart, wrecked with the self-doubt and anguish we all recognise from our own breakups. We can only wish her the privacy and comfort and familiarity of home. We can only hope she gives herself the time to grieve and heal and move on. We can only keep our social media posts kind and compassionate, please, for the love of all that is good in this world.

Amys announcement last night that she would leave the villa, essentially so that Curtis could find someone else to love, was more affecting than we typically expect from a Love Island interaction. I cried. I cried! Real, big, fat salty tears! Right down my face! It hurt to watch her be so vulnerable and so brave. Because she is pure and sweet and wholesome, Amy gave Curtis perhaps more credit than he deserved in her explanation for leaving. She said that when you love someone, you have to let them go. She said she couldnt see herself being ready to meet anyone else in the villa and that she just wanted him to be happy, above all else. She promised him the best friendship of his life, when theyre both out of the villa. It was the sort of thing you pledge when youre still in love with someone and you cannot bear to think of living without them in your life, in some capacity. Curtis sobbed but seemed to eventually understand Amys decision. Her other