He's been in plenty of painful, physical battles.But in February he took on a police officer and his Taser during a tense confrontation over an alleged traffic violation. Video of the scuffle was posted Tuesday by TMZ Sports.McDowell, a second round pick of the Seattle Seahawks in 2017, was charged with simple assault of a peace officer, operating while under the influence, obstructing justice and driving with a suspended license. "Things are not always as they appear; there is a backstory to this," his attorney, Mitchell Ribitwer, told CNN. McDowell's next court date is July 29, his lawyer said. Surveillance video from February 18 recorded by a police dash camera and a camera inside a Marathon gas station in Lathrup Village, Michigan, shows McDowell, 23, confronted by a police officer. 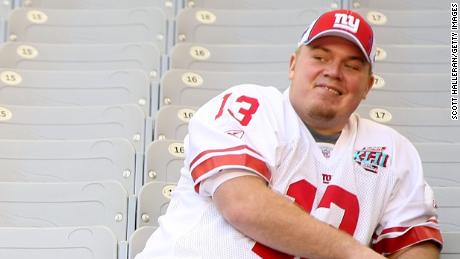 The officer talks to him for more than a minute in the parking lot. McDowell comes out of his Jeep and goes in the store, as the cop grabs him by an arm. They scuffle on their feet down one aisle, and when they come back toward the front of the shop, McDowell falls down.The officer pulls out his Taser as McDowell gets to his knees. The video shows the officer telling McDowell to get on his stomach or he would fire the Taser. McDowell didn't comply and the prongs were discharged. The officer writes in his report they were ineffective because they hit McDowell's thick jacket, so he took out the cartridge and tried to use the contact stun part of the Taser on him.Another officer comes in and helps subdue McDowell. Both say McDowell put a hand on their holsters during the scuffles, and the video shows his hand on the holster of the second officer.Neither officer took out a gun. McDowell can beRead More – Source