Hours later, Epstein's attorneys said they will conduct their own investigation into the circumstances of his death.The medical examiner's determinationcame almost a week after the multimillionaire was found in his cell at the Metropolitan Correctional Center, where the 66-year-old was awaiting trial on federal charges accusing him of sexually abusing underage girls and running a sex trafficking ring. He had pleaded not guilty to the charges.The autopsy was performed Sunday, the chief medical examiner's office said in a statement at the time, but its findings were pending further information. A private pathologist also observed the autopsy, the statement said, calling it "routine practice." The Washington Post reported Wednesday that the autopsy showed Epstein "sustained multiple breaks in his neck bones." Both the FBI and the Justice Department's Inspector General are investigating the circumstances around the accused sex trafficker's death. Epstein's lawyers said they are not satisfied with the medical examiner's conclusions and urged more scrutiny of the jail."No one should die in jail. And no one, not Mr. Epstein who was presumed innocent and had violated no prison disciplinary rule, and not anyone should be imprisoned under the harsh, even medieval conditions at the MCC where Mr. Epstein spent his final hours," they said. "His safety was the responsibility of the MCC. It is indisputable that the authorities violated their own protocols."US Attorney General William Barr said earlier this week that there were "serious irregularities" at the facility where Epstein was held. Epstein was placed on suicide watch following an incident last month at the jail. But in late July, after he was given daily psychological assessments, he was taken off suicide watch and returned to the special housing unit, according to a person briefed on the matter. Two prison staff members guarding Epstein's unit failed to check on him that night for about three hours, The New York Times reported Tuesday, citing several law enforcement and prison officials with knowledge of the investigation. Officials have cautioned to CNN that they don't know what the staff members were doing during that time and are still trying to pin that down. 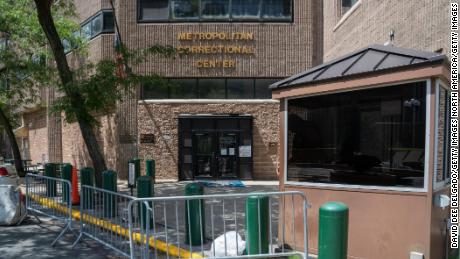 Guards are supposed to check on detainees in the special housing unit every 30 minutes, a source with knowledge of Epstein's time at the prison previously told CNN. It's protocol for detainees coming off suicide watch not to bRead More – Source

Trump ‘offered to pardon Assange in exchange for Russia denial’

US gun control: Why some sheriffs oppose ‘red flag’ laws