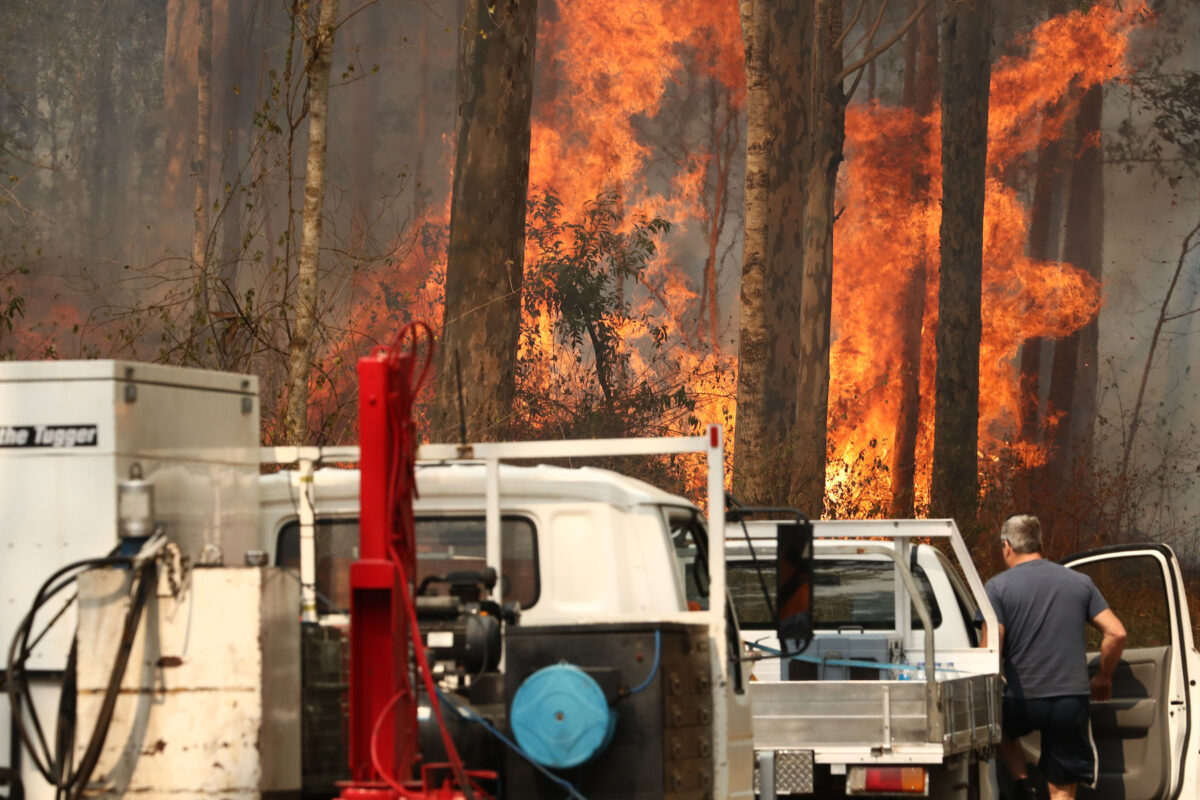 An elderly couple is dead and at least 29 homes have been destroyed in bushfires across northern NSW.

Police found the 77-year-old man and 69-year-old woman in their Coongbar home which had been destroyed by fire that was caused by a lightning strike more than a month ago.

The Long Gully fire flared up again on Tuesday and ravaged the area, including the couples isolated property around 70km southwest of Casino.

Their bodies were found on Thursday afternoon.

“The circumstances around the unfortunate deaths of these two people will be subject to an extensive investigation,” Superintendent Toby Lindsay told reporters in Casino.

Richmond Valley Mayor Robert Mustow said the destruction of the Tarmac Sawmill in the nearby village of Rappville would hurt 30 employees and have a “big impact on our community”.

The Brisbane to Sydney rail line has been cut and wont operate for about estimated five days, the mayor added.

NSW Transport Minister Andrew Constance tweeted that stretches of the rail line had been damaged and the Rappville rail bridge destroyed.

NSW Rural Fire Service Commissioner Shane Fitzsimmons says the Busbys Flat blaze is being treated as suspicious, in the absence of any other obvious cause.

“Weve got to call it out—its a heinous crime, a criminal act,” he told the Nine Network.

Strikeforce Cleander has been formed to investigate the cause of the fire.

Supt Lindsay has said the strike force “will leave no stone unturned so we can provide answers for the rural communities impacted by this disaster”.

Teams are still assessing how many properties have been lost or damaged in the suspicious blaze which is believed to have started in the Busbys Flat area on Friday night.

The Busbys Flat and Drake fires, which joined together in recent days, have burned 115,000 hectares. At least 29 homes, two community facilities and 72 outbuildings have been destroyed, with more damage expected to found.

Mr Fitzsimmons said 34 bushfires continue to burn across NSW, eight of which remain out of control. However, all fires are currently at the lower “advice” alert level after a number of emergency warnings were downgraded on Wednesday.