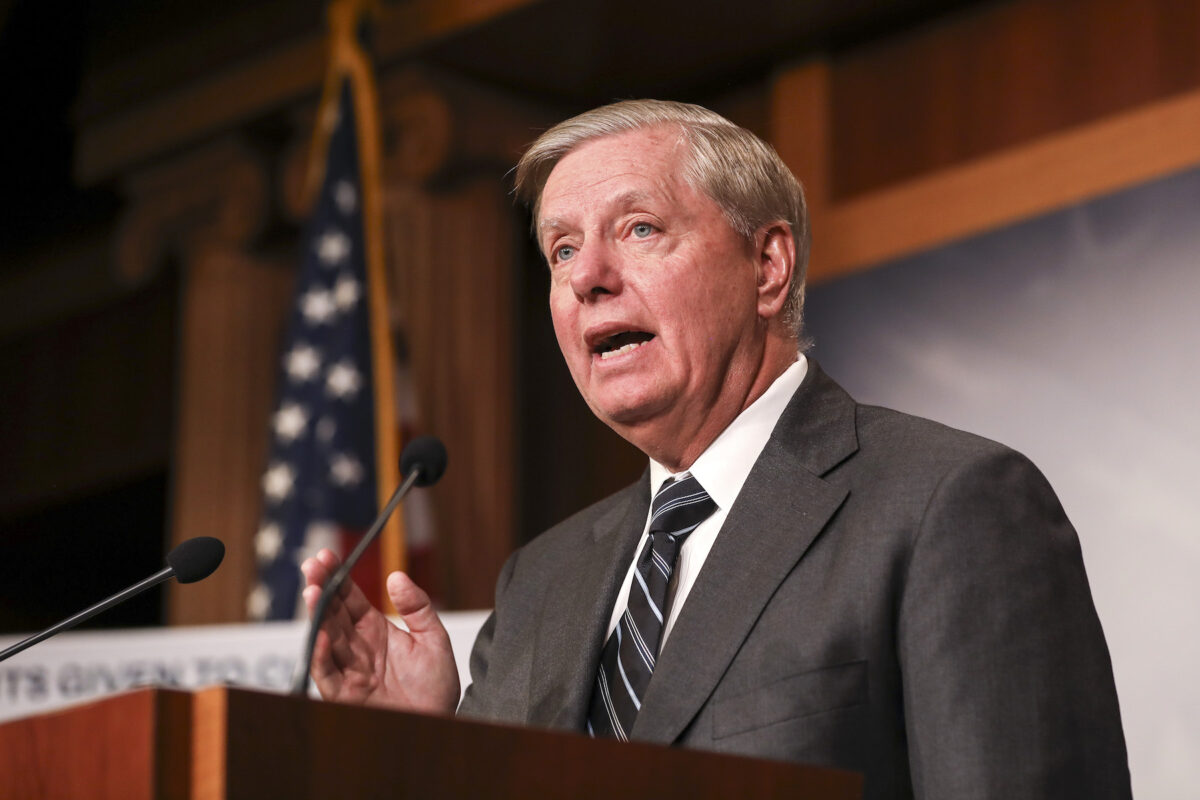 A day after ISIS confirmed the death of its leader Abu Bakr al-Baghdadi and named his successor, Abu Ibrahim Hashimi al-Quraishi, Sen. Lindsey Graham (R-S.C.) reiterated the importance of keeping oil out of the reach of the terrorist group in order to stem its expansion.

Speaking to reporters on Friday in Pendleton, South Carolina, Graham clarified what he believes will keep the terror group, which has been decimated by U.S. and allied forces in recent years, from making a comeback.

“ISIS will never come back in Syria if we can keep the oil out of their hands,” he said. “Thats how the caliphate got so large—$45 million a month was generated in oil revenue used by ISIS to keep the caliphate going.”

“If we can keep the oil away from ISIS, they will never regenerate like they did before, and a small number of troops over there [Syria region] working with the Kurds will keep them [ISIS terrorists] from coming back,” he added.

Graham also added that he envisions the United States will maintain “a military presence in Syria and make sure the oil fields do not fall into the hands of ISIS or Iran,” and “continue to partner with the SDF Kurdish forces and make sure ISIS doesnt regenerate.”

Weeks earlier, Graham also expressed his optimism about the situation in Syria.

“The big thing for me is the oil fields,” Graham told Fox News on Oct. 20. “President Trump is thinking outside the box. I was so impressed with his thinking about the oil.”

“Not only are we going to deny the oil fields falling into Iranian hands. I believe were on the verge of a joint venture between us and the Syrian Democratic Forces, who helped destroy ISIS and keep them destroyed, to modernize the oil fields and make sure they get the revenue, not the Iranians, not Assad.”

He later said: “I still believe that, if we abandon the Kurds, nobody helps you in the future. They have lost 10,000 fighters to destroy the caliphate. But there are 15,000 or 20,000 ISIS fighters running around in Syria and Iraq. A small contingent of Americans providing airpower and capability will keep ISIS at bay and keep the jails locked up and the ISIS fighters wont break out.”

Defense Secretary Mark Esper confirmed on Oct. 25 at a press conference in Brussels that the United States would send forces to Syria to help keep oil fields out of reach of ISIS.

“Ultimately, we always intended—as the president directed—to maintain a presence at the Al-Tanf garrison,” Esper said. “As Ive said over the past several days, were also considering how we might reposition forces in the area in order to ensure we secure the oil fields.”

“We are now taking some actions—I am not going to get into the details—to strengthen our position at Deir ez-Zor to ensure that we can deny ISIS access to the oil fields because we want to make sure that they dont have access to the resources that may allow them to strike within the region, to strike Europe, to strike the United States.”

Trump on Oct. 27 said his decision to