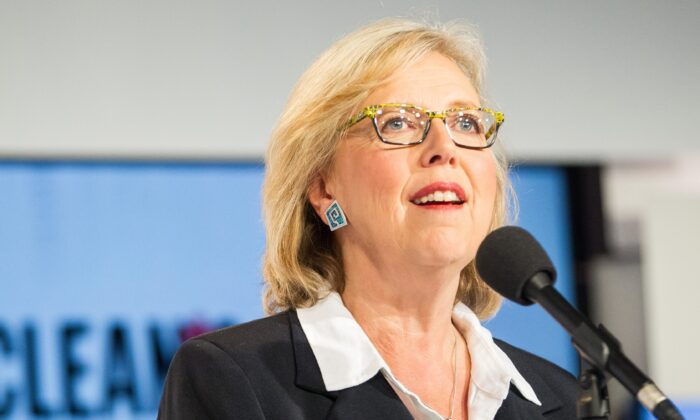 OTTAWA—Elizabeth May says she is no longer the leader of the federal Green party.

May told a news conference on Parliament Hill on Nov. 4 that shes stepping down as leader effective immediately, and appointing deputy leader Jo−Ann Roberts as her successor.

May, 65, says she promised her daughter three years ago that the 2019 election would be her last as the party leader—though not necessarily her last as an MP.

Roberts is a former New Brunswick CBC journalist who ran unsuccessfully for the Greens in Halifax in the recent federal election.