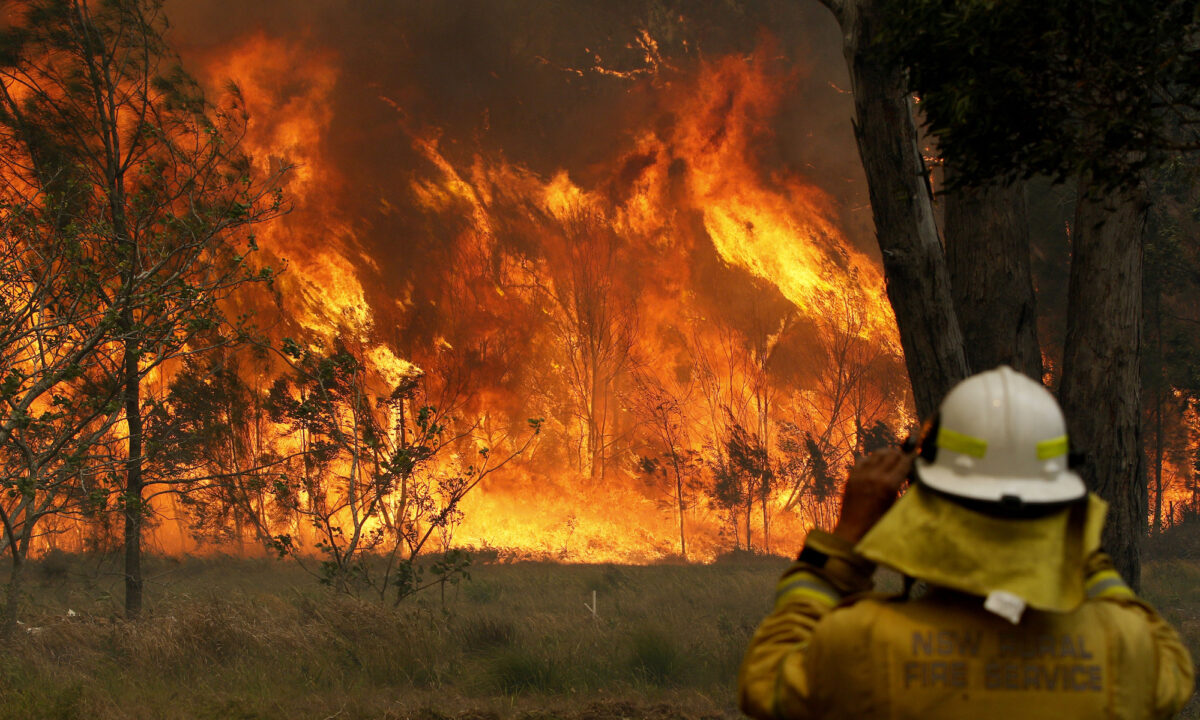 Devastating bushfires across New South Wales have claimed two lives and with seven more people missing authorities expect the death toll to rise, as the blazes which have destroyed more than 150 homes continue to rage.

A body was found in a burnt-out car on the Kangawalla fire ground, near Glen Innes, with police working to formally identify the victim, the Rural Fire Service NSW said on Saturday morning.

A woman who was discovered by firefighters in the same blaze on Friday—in an unrelated incident—was treated for burns before being transferred to hospital where she later died, RFS commissioner Shane Fitzsimmons said.

“We cant rule out the really grave concerns that there could be more losses or indeed more fatalities as we get through and identify details across these fire grounds,” he told reporters in Sydney.

While they arent trained firefighters they could help create firebreaks away from the front or provide accommodation and logistical support, Morrison told reporters.

“These fires have already claimed two lives … and as we get access to further areas that have been cut off we are expecting worse news again,” he said.

Some 80 fires are burning across the state with about 40 uncontained. Three remain at emergency warning level at Hillville south of Taree, Stockyard Flat near Walcha and Nimbin north of Lismore.

There are 15 fires at the “watch and act” alert level.

Authorities have appealed to people to register both themselves and any loved ones they are concerned about.

The Red Cross says so far 1300 people have registered in eight evacuation centres across the state.

Glenn Innes Severn Council mayor Carol Sparks says her community has been “badly impacted” with the loss of two people and “many of our houses (and) our school.”

“We are so impacted by drought and the lack of rain,” she told AAP on Saturday.

“Its climate change, theres no doubt about it. The whole of the country is going to be affected. We need to take a serious look at our future.”

“It was an unprecedented event,” he said.

“It was devastating. It was a storm. It wasnt a fire—it was a firestorm.”

BOM meteorologist Katarina Kovacevic says while temperatures are cooler on Saturday southerly winds tending southwesterly in the afternoon will gust up to 50km/h.

Hot temperatures combined with low relative humidity and strong northwesterly winds will increase the fire danger on Tuesday and Wednesday in northern NSW and southeast Queensland.

Fitzsimmons said of Saturdays weather: “Given the circumstances forecast for today which is a continuance of dry, windy conditions across an already very dry landscape, theres every likelihood that well see fires increRead More – Source