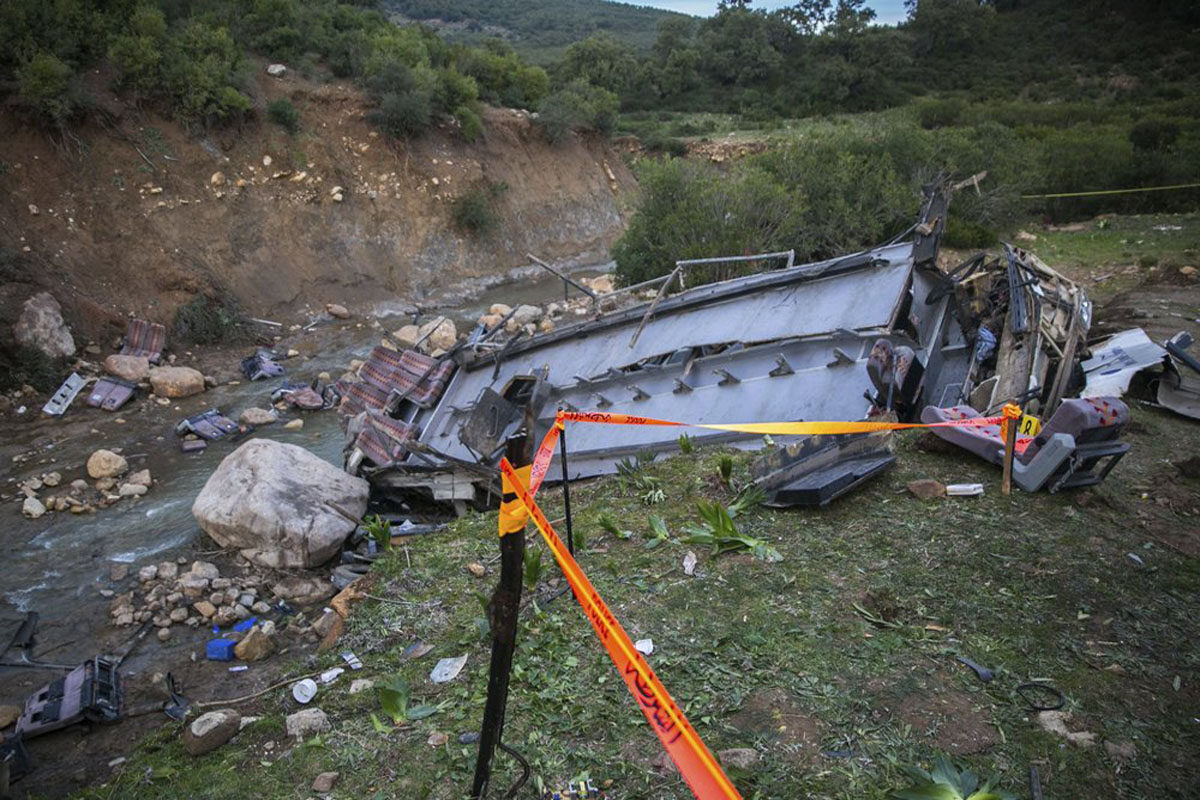 TUNIS, Tunisia (AP)—A bus plummeted off a hill in Tunisia on Sunday morning, killing 24 passengers who were on an excursion in the countrys north, government officials said.

The regional bus, which was carrying 43 people and belonged to a private local company, veered off a winding road after the driver failed to maneuver a sharp turn and crashed at the bottom of a ravine, the Interior Ministry said.

Local media showed images of an overturned, crumpled bus with smashed windows at the foot of a hill.

Health Ministry spokesman Chokri Nafti said that the crash left 18 people injured. Some were rushed to the nearby Amdoun and Beja hospitals, while the more seriously injured were transported to specialized hospitals in Tunis.

When it crashed, the vehicle was headed 115 miles west from capital Tunis to Ain Draham, a beautiful local tourist spot renowned for its mountainous reliefs on the border with Algeria. Ain Draham is located at an altitude of over 2,600 feet on the slopes of the Djebel Bir, one of the Kroumirie mountains.